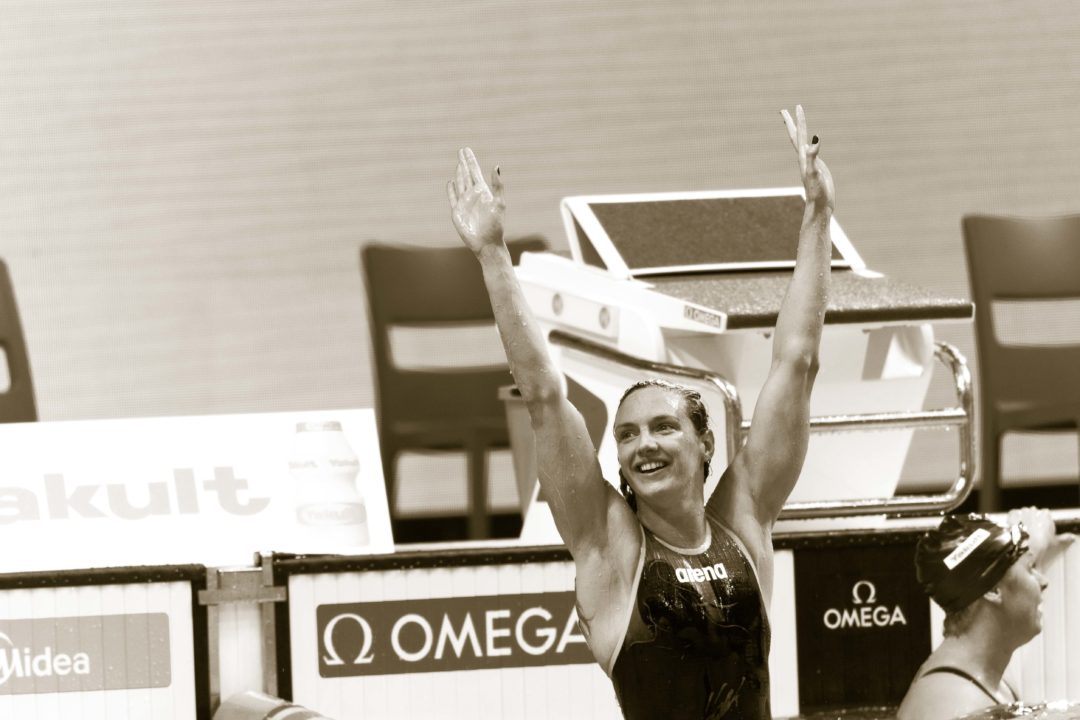 Hungarian Katinka Hosszu has long been the queen of medley swimming in Europe. Winning the World title in the 400 IM all the way back in 2009 at 20 years of age, she has since been a dominant force on the international stage. The now 29-year-old has swept both IM distances at the last three LC World Championships (2013, 2015, 2017) as well as the 2016 Olympic Games in Rio. At the European Championships, she’s now won four consecutive titles in the 200 and three in the 400, winning five straight medals in the latter.

She’ll seek a fifth straight title in the 200 this upcoming week in Glasgow, but has not entered the 400 IM. This year she went through a very public breakup with former coach and partner Shane Tusup, and how much training she’s put in remains a question mark. One thing we know for sure is that she hasn’t raced nearly as much as she’s accustomed to, which could have an impact on her performance. Currently, she’s training with former coach Dave Salo at USC, her alma mater, and will move to Swiss coach Árpád Petrov after Euros.

Even with her roller coaster year, Hosszu is still the 2nd fastest European in 2018 in the 200 with a time of 2:10.06, only trailing Great Britain’s Siobhan-Marie O’Connor. O’Connor swam at the Commonwealth Games in April with a (presumably) full taper, clocking 2:09.80, and was well off form at last summer’s World Championships. After pushing Hosszu in the Olympic final, recording one of the fastest swims ever in 2:06.88, she only managed a 2:10.41 in the Budapest final. She should give a challenge, but it’s unclear whether or not she can get back in the sub-2:08 range, something Hosszu has done consistently since 2015.

While Hosszu looks good to win, another swimmer who should give her a run is Italian Ilaria Cusinato. The 18-year-old has seen large drops in time in 2018 and brought her 200 down to 2:10.92 at the Sette Colli Trophy a month ago, a new national record. She’s probably better in the 400, but is a definite medal threat here.

There are a host of others in the mix here who have been 2:12 this year, including Brits Aimee Willmott and Hannah Miley, Switzerland’s Maria Ugolkova, France’s Fantine Lesaffre and Russian Viktoriia Andreeva. A darkhorse medal threat is Andreeva’s teammate Yuliya Efimova, who’s more commonly known for her breaststroke prowess but has hit 2:11 each of the past two years.

With no Hosszu in the 400, it could serve as the coming out party for Cusinato. Prior to this year she had yet to break 4:40 but has gotten consistently faster in 2018 with swims of 4:39, 4:37, and then a 4:34.65 at the Sette Colli Trophy which ranks her 1st in the world. While Hosszu is the current IM queen, Cusinato is knocking on the door and looks to be her heir apparent.

There is a large gap between the top-3 seeds and the rest of the field in the 4IM, which indicates the battle for medals will likely come down to Cusinato, Willmott and Miley. Willmott won the Commonwealth title over Miley in April and has had success at this competition with a bronze in 2014 and 4th place finish in 2016. The 28-year-old Miley is as experienced as they come, with 23 swims sub-4:35 in her career, and will look to regain the title she won back in 2010.

Others who will likely be finalists here include Lesaffre, Spaniard Catalina Corro Lorente who went a PB of 4:38.16 in July, Italian Carlotta Toni, and Hungarian Zsuzsanna Jakabos. Jakabos has only been 4:40.12 this year but has three medals in this event at Euros, including a bronze in 2016.

Viktoria Zeynep Gunes of Turkey, who has been pretty quiet on the international stage since blasting a 2:19.6 200 breast at the 2015 World Juniors, will also be a potential factor having had respectable showings of 2:12.43 and 4:39.92 in the medley events this year.

It’s a shame SMOC is struggling to find her brilliant best currently – What an opportunity this would be if she could.

You’ll be wrong on both, there’s mine..

One down one to go…

It is a very strange feature of “public breakup” that Hosszu went through. It affected 400IM event only. The event where she has the most unbelievable record. So unbelievable that Ye Shiwen’s controversy looks like a blink on radar after that.
If breakup with Tusup has nothing to do with the corrections to her program then why to mention it each time but not to say about real reasons.