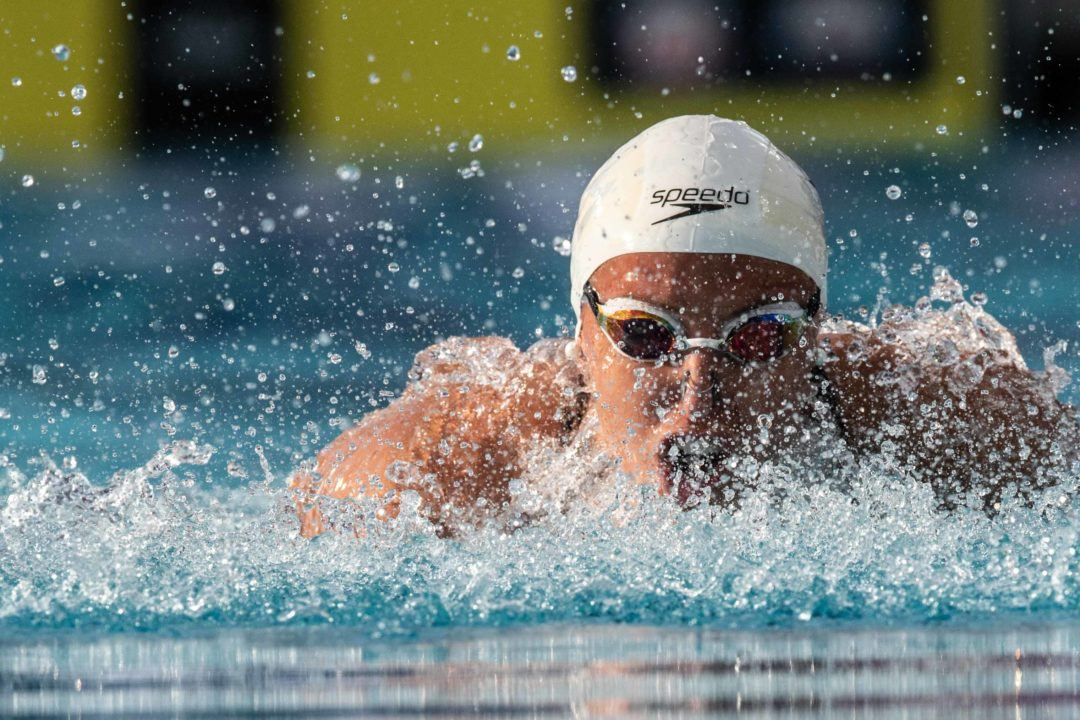 Kathleen Baker set a world record in the 100-meter backstroke on her way to winning three national titles at U.S. Nationals earning a spot as a finalist for the USOC's Best of July awards. Current photo via Mike Lewis/Ola Vista Photography

COLORADO SPRINGS, Colo. – The United States Olympic Committee today announced finalists for the Team USA Awards presented by Dow, Best of July, which recognize the outstanding achievements of Team USA athletes from last month. Fans are invited to vote for their favorite athletes and teams at TeamUSA.org/Awards through midnight Monday, Aug. 6.

A total of nine sports – including fencing, para-cycling, paratriathlon, shooting, swimming, tennis, track and field, triathlon and volleyball – are represented among the 13 finalists across men’s, women’s and team categories. The finalists’ collective accomplishments tell the inspiring story of U.S. Olympic and Paralympic athletes year-round.

Male Athlete of the Month
Mark Barr (Davis, California), Paratriathlon
Came from behind to capture his third consecutive gold medal in the world series circuit in Edmonton, Alberta.

Ryan Boyle (Monroe, Connecticut), Para-cycling
Improved to the No. 3 world ranking after collecting a gold medal in road race and a silver medal in time trial at the world cup in Emmen, Netherlands.

Eli Dershwitz (Sherborn, Massachusetts), Fencing
Claimed the No. 1 spot in the world rankings and was crowned the overall world cup champion after winning the silver medal in saber at the world championships.

Noah Lyles (Gainesville, Florida), Track and Field
Topped his own world-leading mark and set a new meet record with a personal-best time of 19.65 in the 200-meter, remaining undefeated in the event in Diamond League competition.

Female Athlete of the Month
Kathleen Baker (Winston-Salem, North Carolina), Swimming
Set a world record in the 100-meter backstroke on her way to winning three national titles in the 100 and 200 backstroke, and 200 individual medley.

Courtney Hurley (San Antonio, Texas), Fencing
Became the first U.S. fencer in history to win an individual world championship medal in epee, capturing the bronze medal, while also aiding the U.S. women to the gold medal in the team event.

Kim Rhode (El Monte, California), Shooting
Equaled her own world record of 122/125 targets in the qualification round of the Tucson World Cup and went on to capture her third gold medal in skeet this season.

Allysa Seely (Glendale, Arizona), Paratriathlon
Continued her undefeated streak, securing her third straight gold medal over a minute ahead of the field at the world series stop in Edmonton, Alberta.

U.S. Women’s National Team, Volleyball
Captured the inaugural FIVB Volleyball Nations League title and $1 million prize, finishing 17-2 in the tournament, and claimed its second consecutive Pan American Cup title after rallying back from a two-set deficit in the final.