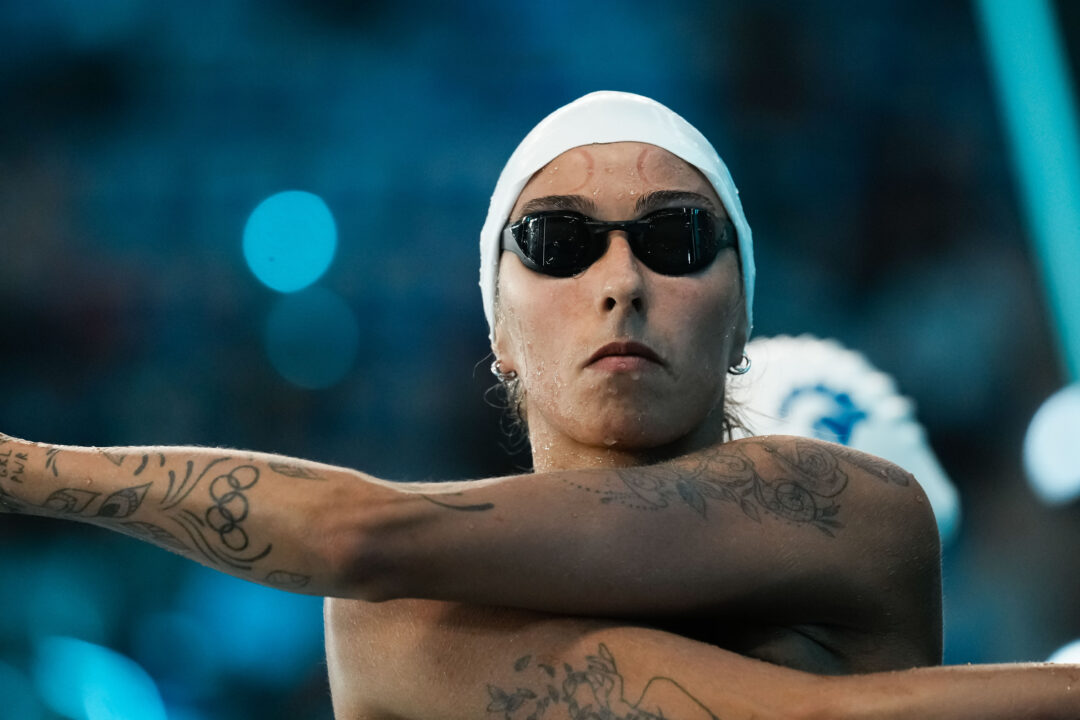 Fantine Lesaffre was one of the best IMers in the world in 2018, and she's crossed the pond to try and recapture that magic in North Carolina. Archive photo via Mike Lewis/Ola Vista Photography

European Champion Fantine Lesaffre has a new training ground, and it’s a long way from home

The 27-year old IMer has landed in the United States at North Carolina State University, where she is training with the pro group Wolfpack Elite.

She joined the group after the conclusion of the 2021 ISL season. Her boyfriend, fellow 2016 French Olympian Nico D’Oriano, joined the team in the club.

According to NC State head coach Braden Holloway, both have made Raleigh their new training home.

Lesaffre represented France at both the Rio 2016 and Tokyo 2020 Olympic Games.

While she missed peaking for either of her two Olympic appearances, she swam very fast in between those two meets. That includes winning a long course European Championship gold medal in 2018 ahead of Ilaria Cusinato, Hannah Miley, and Aimee Willmott, among others.

That was France’s first ever medal of any color in the 400 IM at the long course European Championships.

Her 4:34.17 from that meet remains her best time, more than three seconds ahead of her best time from any other meet. That time ranked her 2nd in the world that season, behind only Yui Ohashi of Japan (who wound up being the Olympic champion in the event in Tokyo).

While Lesaffre’s 200 IM continued to progress into 2019 (best time of 2:11.70 at the French Championships), she stalled coming out of the pandemic, and was well off her lifetime bests in both races.

She previously was training at CN Antibes.

Lesaffre swam with Energy Standard in season 1 of the International Swimming League, but sat out season 2. She reappeared in season 3, swimming 4 regular season meets for Aqua Centurions, scoring 14 total points in those matches. She didn’t race in the Playoff round, which Aqua advanced to for the first time in three seasons.

D’Oriano was a 2016 French Olympian, where he finished 40th in the 1500 free. The 24-year old hasn’t represented France in international competition since the 2016 Olympic Games.

While NC State is one of the top collegiate programs in the United States, and their swimmers have had success in the ISL (where Stewart broke his 100 back World Record), the IM races have not been a huge strength of the program at the top end, with one notable exception: Andreas Vazaios, who is the 4th-best 200 yard IMer in the NCAA over the last decade and who has had a successful ISL career. He is now training at Loughborough in the UK.

Wow!
Dino is a favorite D-coach of mine