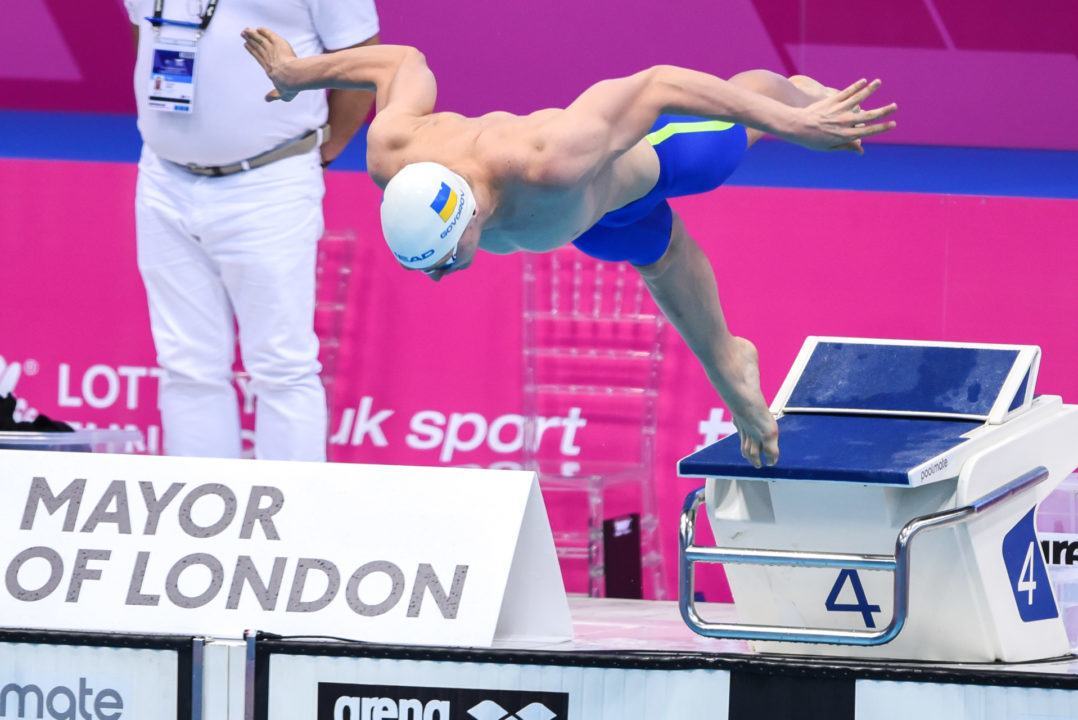 Andriy Govorov took the top seed in both the men's 50 fly and 100 free at day 2 prelims in Canet en Roussillon. Archive photo via Peter Sukenik/www.petersukenik.com

Day two of the Canet en Roussillon Mare Nostrum stop got underway this morning with 15 more events on the docket. The big winner from day one was Katinka Hosszu, who earned three gold and one silver medal all within less than two hours during finals.

Hosszu was back at it again this morning, competing in four more events. She had a rocky start to the session, placing 9th in the women’s 200 fly in 2:12.85, leaving her out of the A final. It is unknown whether or not she’ll scratch from the B final. She then swam the next two consecutive events in a row – making it three in a row including the 200 fly. She then swam the 400 free, claiming the top seed in 4:09.70, and followed up with the 100 back placing 5th overall in 1:01.90. She finally got some rest until the 400 IM, where she secured the top seed in 4:41.89. According to the schedule Hosszu’s 400 free and 100 back are just six minutes apart during the A finals, so that will be something to keep an eye out for tonight.

A surprising twist on the men’s side was Japan’s Kosuke Hagino, primarily an IM swimmer who competes in freestyle and backstroke regularly, entered in the men’s 200 fly. Hagino threw down the top seed this morning in 1:59.03, setting him up for a battle with arguably the other most popular male here – Chad Le Clos. Le Clos qualified second overall in 1:59.28 in what should be a good race. Le Clos is coming off a win in the 100 fly yesterday, while Hagino is coming off wins in the 200 back and 400 IM. Both men qualified for the A final in their other event as well: Hagino is 1st in the 200 IM (2:01.24), and Le Clos is 6th in the 100 free (49.90).

Other Top Seeds Heading Into Finals:

James,
Govorov’s is updated but Katinka’s 200back isn’t. Please check it. Thanks.