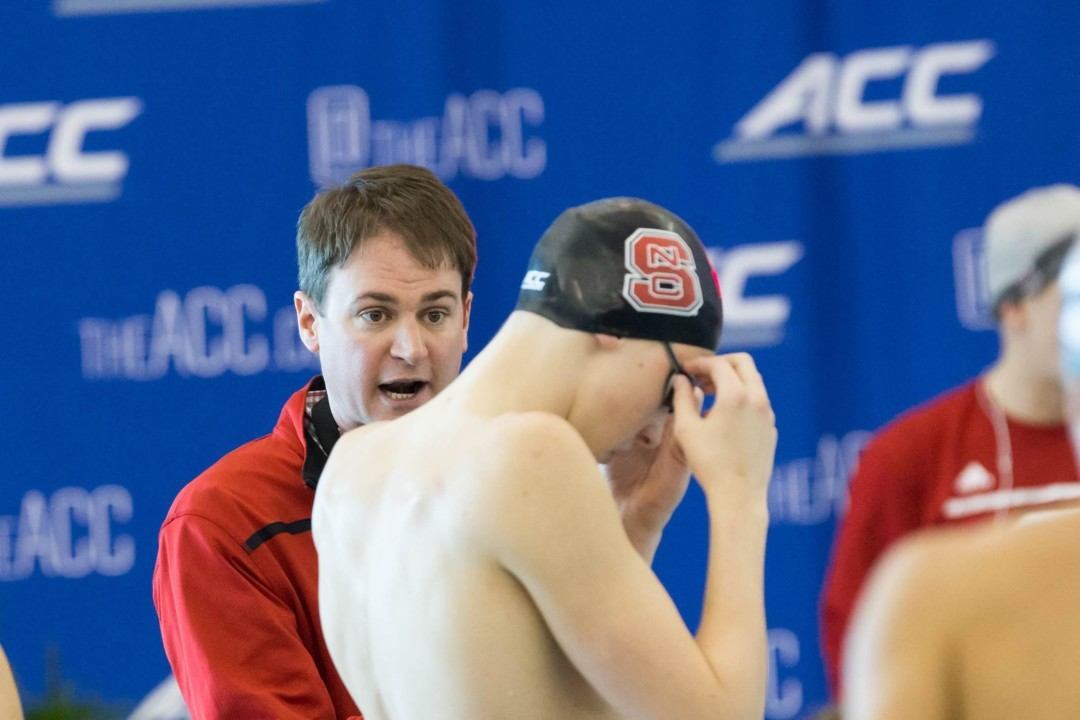 Led by a huge 50 free, NC State absolutely stacked the deck for tonight’s finals, putting 9 swimmers into A finals in just three swimming events. They’ll have a conference-leading 13 scoring swims tonight, plus a 200 free relay that would be a shocking turn for any other program to win.

Even without entering any divers into last week’s diving events, NC State should take the team points lead early on tonight.

That’s courtesy of a 50 free with 4 swimmers inside the top 5 and Simonas Bilis and Ryan Held both knocking on the door of 18-second swims.

Louisville has been spotted as the top competitors to the Wolfpack, and this morning’s results seem to support that. Louisville has 10 scoring swims plus the relay, and no other team comes even close to NC State or Louisville in total scoring swim numbers.

The Cardinals struggled in the 50 free with no scoring swimmers, but placed 6 into the 200 IM alone, led by 4-seed Nolan Tesone.  Trevor Carroll is the highest qualifier, sitting third in the 500 free.