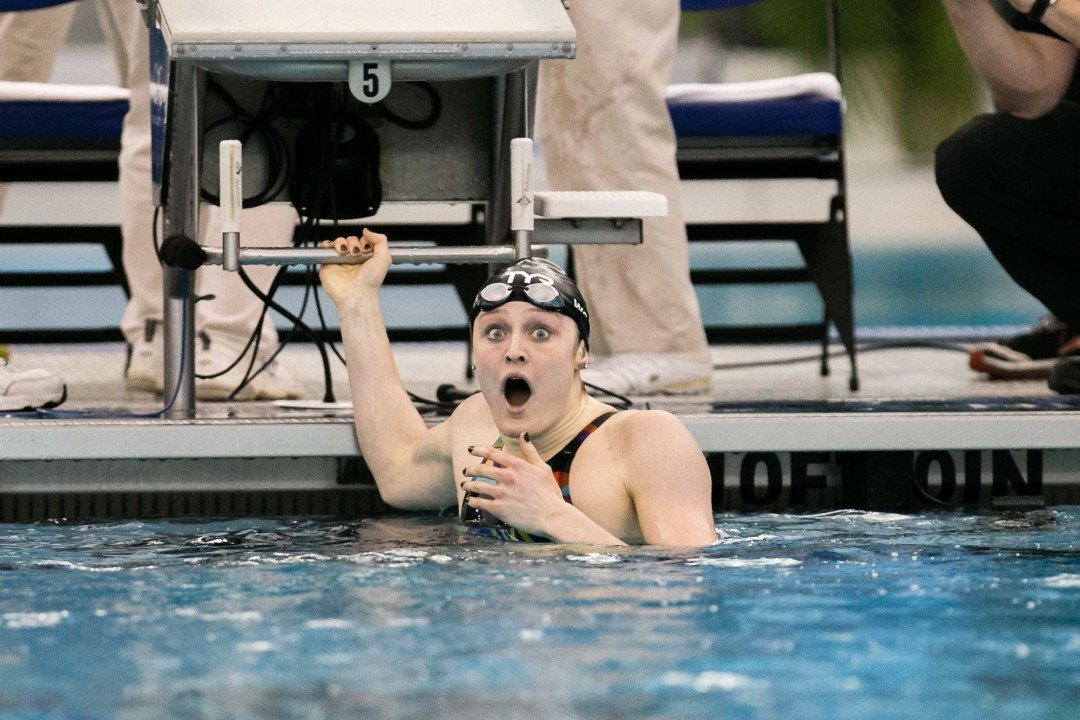 Both Kelsi Worrell and our readers were in shock with the final results in the women's 200 fly. Current photo via Tim Binning/TheSwimPictures.com

Congrats to njr30, who closed with a strong 55-point day three to leapfrog no1swimfreak to take the 2015 Women’s NCAA SwimSwam Pick ‘Em crown!  Njr30 picked three of four finishers in the correct order in each of the last two events (200 fly and 400 free relay) to seal the deal as the top eligible participant.

For his/her efforts, njr30 will take home the following prizes:

The top day three score went to swimbro, who finished with 62 points, just a single point ahead of MommyDoc, JAKE1, and SuzyQ.

Thanks to all who participated!  Don’t forget to sign up for our men’s contest here!

Some notes and trends on the final day:

Is it possible to make our predictions we made visible after they have been made?

103 points… excellent… just above those who didn’t even complete the entry.

8th place. Was not expecting to get that high…

Tied for 137th 😀 Better than I thought I would do haha