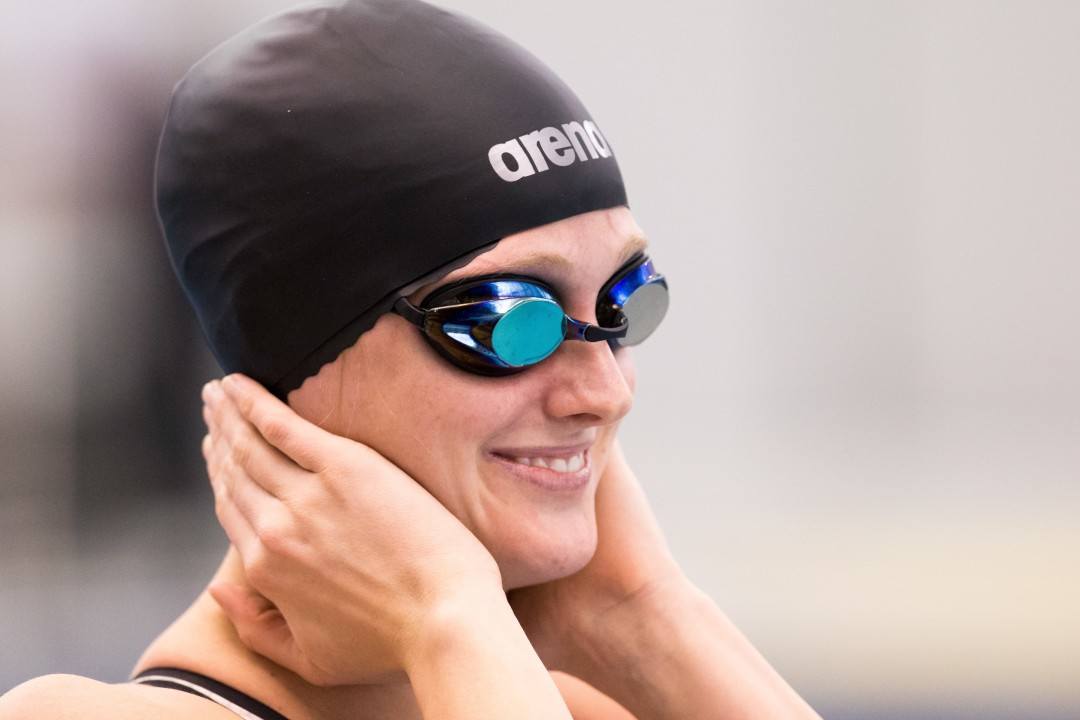 Scoring should spread out a little among teams battling it out in the 2015 ACC Swimming & Diving Championships, as... Archive photo via Tim Binning/TheSwimPictures.com

Scoring should spread out a little among teams battling it out in the 2015 ACC Swimming & Diving Championships, as we see our first day of individual events during today’s prelims.  On tap this morning, we will see some swift racing in the 500 freestyle, 200 IM and 50 freestyle events.

On the women’s side in this same event, Virginia’s Leah Smith is primed to take down the ACC championship record, as her seed-time of 4:32.61 already surpasses the 4:34.35 mark she set last year.

The 200 IM event will see the women will have a trio of terror from Virginia at the top this morning, with the top three seeds of Courtney Bartholomew, Kaitlyn Jones and Ellen Williamson.

In the 50 free there are a number of potential winners on the men’s side, while Louisville’s Kelsi Worrell is favored to win for the women, seeded first with a time of 22.02

After an impressive first day at the 2015 ACC Championships, the Virginia women remained hot on day 2 by taking two of the top three qualifying spots in the women’s 500 free in prelims.

That was led by Leah Smith, the defending champion, in 4:37.28: almost an identical time to what she went in prelims last season (.13 seconds faster).

Her teammate Hanne Borgersen made a big move, entering seeded at 4:44 but swimming an early 4:41.93 to take the 3rd qualification spot for finals.

In between them is North Carolina’s Danielle Siverling in 4:40.45. Those three represent three of the top five from last year’s meet in this event, and in fact were the three fastest returners from last year.

In total, Virginia got four swimmers into the A-Final, with Alison Haulsee (4:44.77) and freshman Cece Williams (4:45.29) qualifying 7th and 8th, respectively. Overall, the qualifying cutoff for the A-final was about three seconds more lenient this season than last.

The Carolina women got a pair in as well, with junior Emma Nunn sitting 4th in 4:43.58. She was actually faster in prelims last year, but last year that left her to win the B-Final.

Pitt junior Kaleigh Ritter earned the 5th qualification spot in 4:44.32, which is a massive five-second improvement as compared to last year’s ACC Championship, and Louisville’s Andrew Kneppers finalizes the top eight as the sixth seed in 4:44.54.

While the UVA women went for big points with four in the A-Final, UNC will be more represented in the also-scoring B and C finals tonight. For those watching seed-scoring, UNC’s Catherine Hulsey improved her seasons-best by almost six seconds to move into the B-Final.

Emma Reaney threw down a reminder on Thursday morning that besides being the fastest 200 yard breaststroker in history, she’s also an All-American, and the defending ACC Champion, in the 200 IM. In fact, her highest finish at the 2012 Olympic Trials wasn’t in the 200 breast, or even the 100 breast, it was a 13th-place finish in the 200 IM.

What’s going to make this race very interesting in finals is that Reaney is a supreme breaststroker, whereas the Virginia girls (Bartholomew and Williamson) put in huge first 100’s on this race. Kyllianen, as a great 200 flyer, might seem like she’d be a good front-half IM’er too, but the reality is that as a 400 IM specialist, she’s just generally a back-half swimmer. That showed in prelims, where her 27.71 split on the freestyle was the fastest of those top four, after a solid breaststroke split as well.

North Carolina State’s Alexia Zevnik (1:58.04) also had a very good last 50 in prelims to take the 5th seed, and she’ll be followed by another UVA swimmer, Kaitlyn Jones, and Louisville’s Erica Belcher, who put up matching 1:58.30’s.

North Carolina State’s Addisynn Bursch was a 1:58.33 for the 8th seed, leaving the Tar Heel women shut out of the A-Final.

North Carolina State’s Riki Bonnema, part of the NC State sprint group that grows in national import every year, went under 22 seconds in the 50 freestyle for the first time in her career on Thursday, taking the top qualification with a 21.87. That beat out Louisville’s Kelsi Worrell, who was the top seed coming in – she improved by .01 seconds with a 22.01 to sit as the second qualifier in 22.01.

For Bonnema, besides being the fastest time in the morning, it also broke Sara Smith’s ACC Record of 21.96, done in 2009, and is an NCAA Automatic Qualifying Time.

After those two, the prelims times dropped pretty rapidly, with Virginia’s Ellen Thomas and UNC’s Hannah Lincoln tying for 3rd in 22.44.

The Tar Heel women should be able to make some ground up in this race, after UVA scores big early in Thursday’s finals session, with three A-Finalists. Sarah Hitchens is the 7th qualifier in 22.52, and Caroline Baldwin is the 8th qualifier in 22.55. Thomas was Virginia’s lone top-8 qualifier.

Joining them in the A-final will be another NC State swimmer, Lauren Poli, in 22.46, and Florida State star Kaitlyn Dressel in 22.50.

Nice swim by Riki. Along with the top seed it’s an “A” cut and new ACC record.

Good catch on the record Grant. Added note above.

Only 1 swimmer from Florida State in a top heat?!