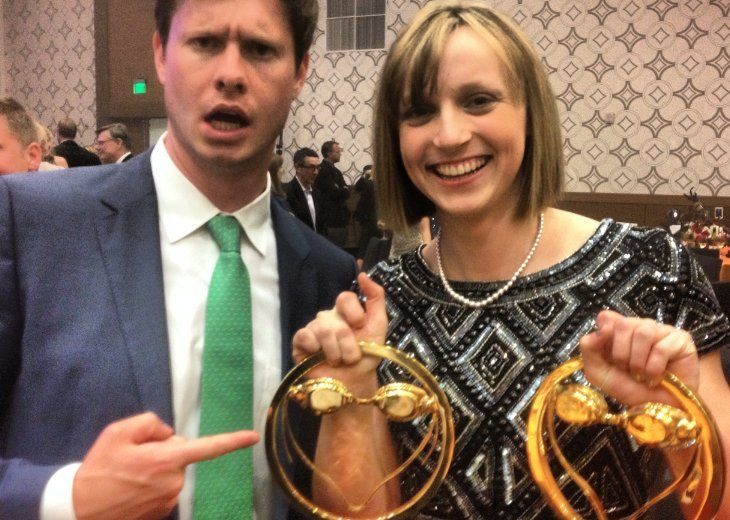 I didn’t capture a lot of photos, but what I did get tells the story.

It was an Eve and Candace night. The Swim Lifestyle profilers took over the red carpert at the 2013 Golden Goggle Awards.

Look for Eve and Candace’s video coverage of the 2013 Golden Goggle Awards coming soon. Like their profile of Anthony Ervin in 2012, expect an insightful feature on this 2013 FINA World Cup star: 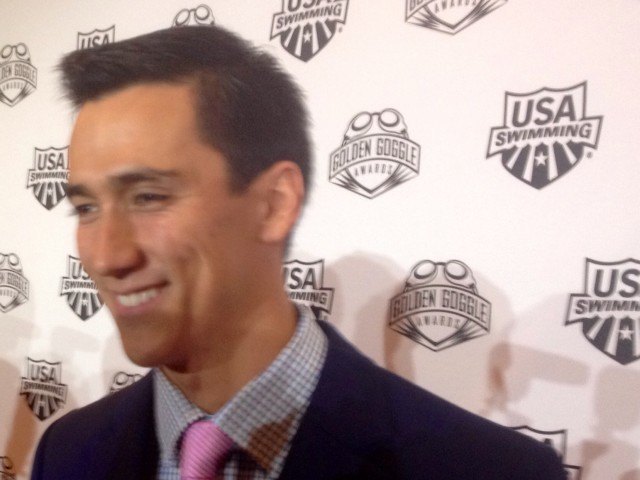 Aside from Cirque du Soleil’s three act performance, which added a different flavor to the entertainment, Anders Holm presented, and he was by far the most entertaining on stage. (Can someone say 2014 emcee?)  Unless you’ve been living on the moon, you know Anders is the writer, producer and star of Comedy Central’s Workaholics. Anders also swam, and he was fast,  a 20 point 50 freestyler. Anders knows swimming. He attended Goggles with his lovely wife,  Emma Nesper, and fortunately she was very patient. Everyone pounced on Anders for photos, and Anders obliged . 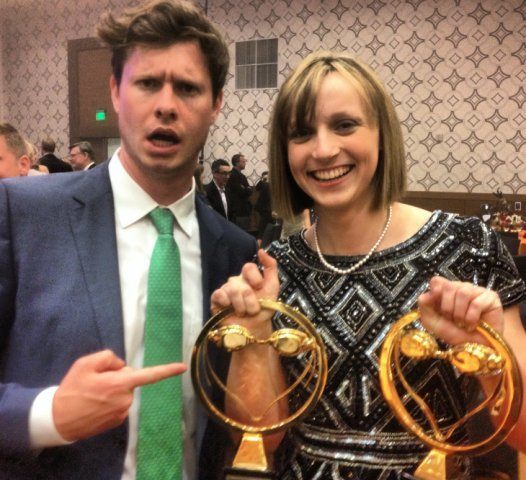 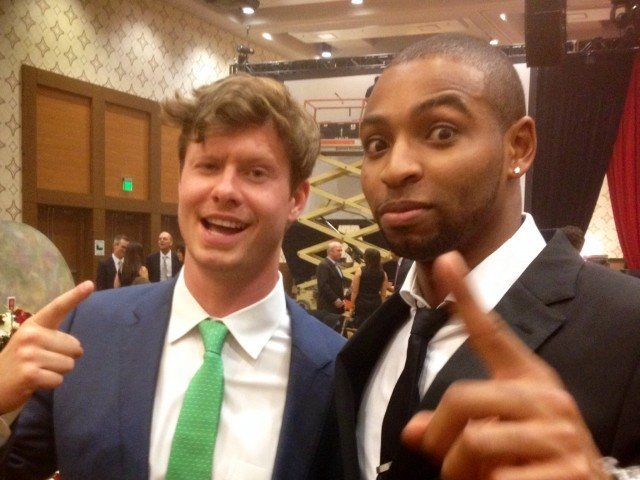 Anders Holm and Cullen Jones at the 2013 Golden Goggles

Goggles gets ugly with Anders Holm and Mel Stewart 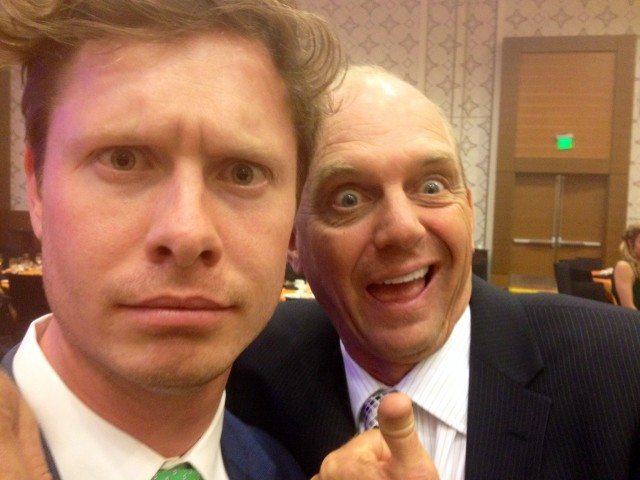 Anders Holm and Rowdy Gaines at the 2013 Golden Goggles (my favorite!) 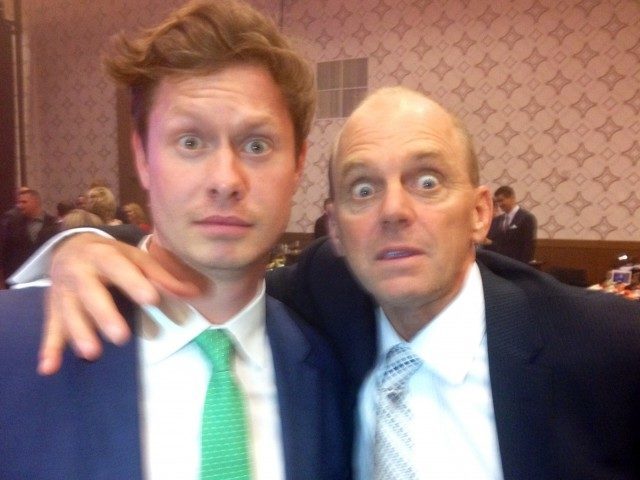 Anders Holm and Rowdy Gaines at the 2013 Golden Goggles

Thanks to Anders and his wife Emma for attending!  Thanks to Eve and Candace for their great coverage of the red carpet, and thanks to USA Swimming for producing another great Golden Goggle Awards show.

With these eyes, Rowdy Gaines looks like the Judge Doom in “Who framed Roger Rabbit”. 🙂
http://www.youtube.com/watch?v=ADrojCw6amM

Well, I read this blog where the guys complain about women being too thin in sports. I know this happens but when I said that swimming and other sports are good for young girls because it delays puberty and might avoid early pregnancies during the teen years they said you don’t get it sports takes away the female proportions. I still think sports is good for girls to avoid going through puberty early. Off topic but young girls like Katy Ledecky are more fortunate than the girls that don’t do sports.