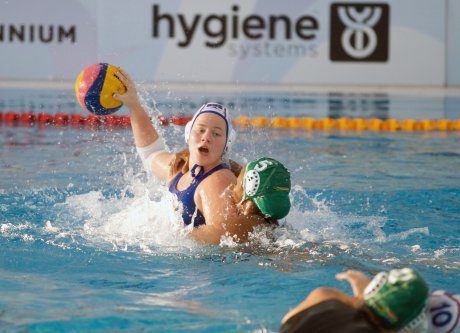 Sixteen youth teams will be facing each other from Monday August 27 to Sunday September 2 in Belgrade, Serbia, when the capital will host the 4th FINA World Women's Youth Water Polo Championships 2018. Current photo via FINA

Sixteen youth teams will be facing each other from Monday August 27 to Sunday September 2 in Belgrade, Serbia, when the capital will host the 4th FINA World Women’s Youth Water Polo Championships 2018.

The youth tournament is open to players aged 18 years old and under, and the five continents will be represented in the competition.

The 7-day event will take place at the Sports Center “Milan Gale Muskatirovic” and the daily schedule is available here.

Daily game reports and results will be available on the FINA app and on FINA website and FINAtv will live stream all the games.

Russia emerged victorious at the previous edition of the Women’s Youth Water Polo Championships in Auckland (NZL) in December 2016.