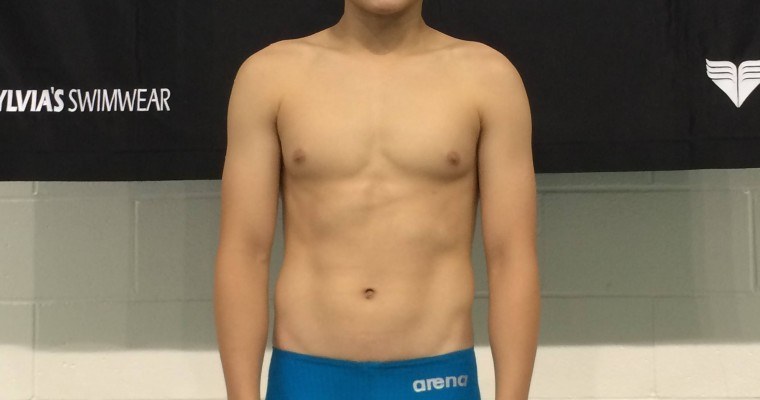 Ethan Dang knocked nearly a second-and-a-half off of the National Age Group Record in the 100 yard breaststroke. Archive photo via Ash Milad

The oldest swimmer in the A-Final of the men’s 100 breaststroke at the 2014 Husky Invitational in Federal Way Washington is 21-year old Seattle University swimmer Gabe Wheeler. Of the 8 swimmers to advance to compete for the title, almost all of them are at least 16.

The one exception is 12-year old King Aquatic Club swimmer Ethan Dang, who has broken another National Age Group Record with a 58.53 over 100 yards. That makes him only the second swimmer in history to go under a minute in this age group and breaks the 11-12 record of 59.90 previously held by Reece Whitley.

Dang’s previous best was a 1:00.35 two weeks ago. What’s shocking is that the last two record holders before Dang both towered over him at the same age: Reece Whitley and Michael Andrew, and before them this record stood for almost 20 years.

As compared to other strokes, it’s exceedingly rare for top breaststrokers to develop at this young age. None of the 14 fastest American 100 yard breaststrokers in history have a single entry on the 11-12 All-Time Top 100 lists in any stroke or distance. Few of those top 100 breaststrokers have been as far ahead of the crowd as Dang is, however.