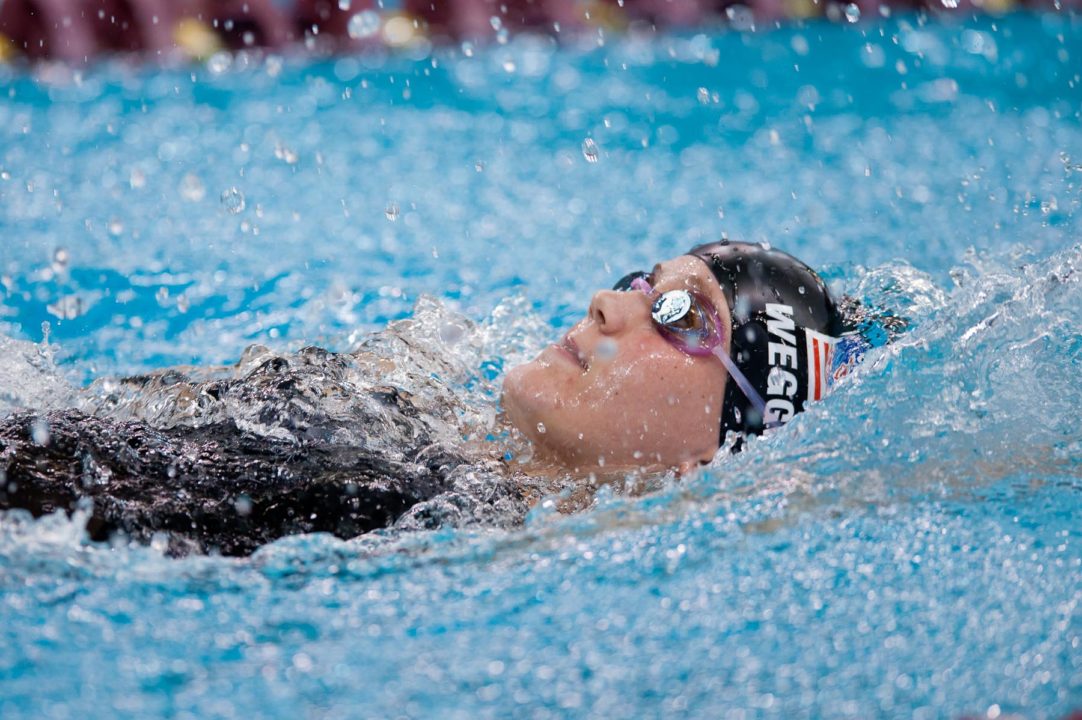 11 Paralympic Games records and 9 World records were taken down on day 3 of the Tokyo Paralympics. Among the record-breakers was USA's Mallory Weggemann. Stock photo via Greg Smith

The S11 women’s 50 free featured the first-ever swims under the 30-second barrier, courtesy of prelims leaders Cyprus’ Karolina Pelendritou (29.92) & China’s Li Guizhi (29.95). Before this session, Pelendritou formerly held the world record from May 2021 while Guizhi originally held the Paralympic record from Rio 2016.

Taking the bronze medal in the S12 women’s 100 back to write a new Americas/South American record was Brazil’s Maria Gomes Santiago at 1:09.18.

Taking down the first World record of the session was American Robert Griswold, who upgraded his Rio 2016 bronze medal to 2020 gold in Tokyo. Griswold clocked in a new personal best of 1:02.55, chopping 0.35s off the 2016 World and Paralympic marks of 1:02.90.

Great Britain’s Reece Dunn took down his own 2019 World record in the S14 men’s 200 free, as well as the 2016 Paralympic standard of 1:56.32. Easily under the World/Paralympic marks as well but settling for the silver was Brazil’s Gabriel Bandeira. His runner-up time of 1:52.74 did establish new Americas and South American continental records.

Two different class World records were broken in the S5 women’s 50 fly final. Breaking the 40-second barrier for the first time was China’s Lu Dong at 39.54. The former World/Paralympic records of 40.51 came from the 2008 Paralympics. Securing the silver medal with this class in a S4 World/Paralympic record was Spain’s Marta Fernandez Infante at 40.22, taking a full second off of her own prelims standard of 41.27.

In the final event of the session, the S13 women’s 400 free, Australia’s Katja Dedekind (4:35.87) set a new Oceanian record to secure the bronze medal.

The S11 women’s 50 free final wound up being protested and results became unofficial and were removed. Still, China’s Ma Jia put up the fastest time in history at 29.46 while Cyprus’ Karolina Pelendritou swam the fastest European time at 29.80.