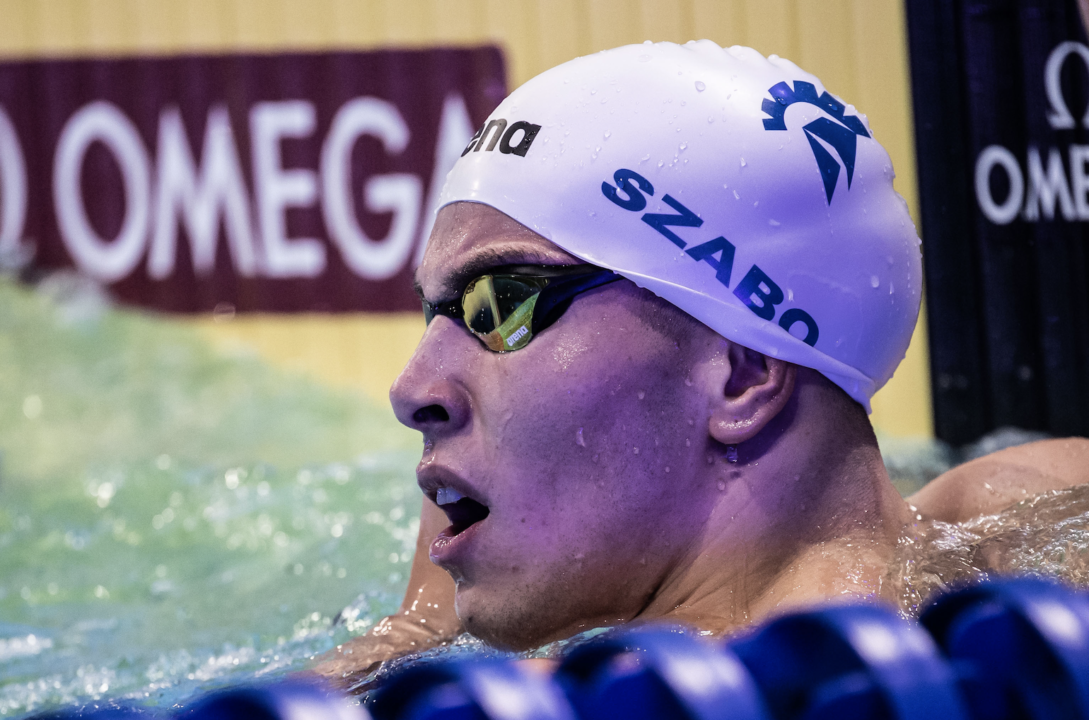 Day 2 start lists are now out for the second day of the inaugural regular season match for the 2021 ISL season here in Naples.

After swimming only freestyle events yesterday, Energy Standard name Sarah Sjostrom is entered in the 50 fly. Sjostrom had the third-best 50 fly last season at 24.73, which won the Grand Final event. She will combine forces with teammte Maddy Banic against the likes of Toronto sprinters Louise Hansson and Kasia Wasick and DC Trident sprinter Linnea Mack.

In the individual men’s 50 fly event, Energy’s Chad le Clos and Aqua’s Szebasztian Szabo will swim side-by-side. They will do the exact same in the skins race, which the Energy men pre-picked following their top relay aggregate score. DC Trident’s Ryan Hoffer will also swim the individual/skins 50 fly double.

Energy Standard’s Kliment Kolesnikov will swim the 100 free over the 100 back. He placed third in the 50 yesterday behind Evgeny Rylov, who is in the 100 alongside Travis Mahoney.

The Aqua Centurion men’s breaststroke strategy utilizing numerous breaststrokers has answered questions with their 100 IM/breast line-ups. In the 100 IM, fly/back/free sprinter Thomas Ceccon will be in for Aqua along with breaststroker Fabio Scozzoli. In the 100 breast, the Olympic event silver/bronze medalists Arno Kamminga and Nicolo Martinenghi will take the center lanes.

In contrast, the Energy Standard women swapped 50 breast runner-up Benedetta Pilato with Jessica Vall in the 100 breast, who placed 5th in the 200 breast yesterday. During the 4×100 medley relays yesteday, Evgeniia Chikunova split 1:04.49 to Pilato’s 1:05.71. Both Chikunova and Pilato will swim breaststroke in the mixed 4×100 medley relays later in the session as well.

Be on the lookout for Aqua’s “A” mixed 4×100 medley relay, which features an all-Italian line-up of Ceccon, Martinenghi, Elena di Liddo, and Federica Pellegrini.