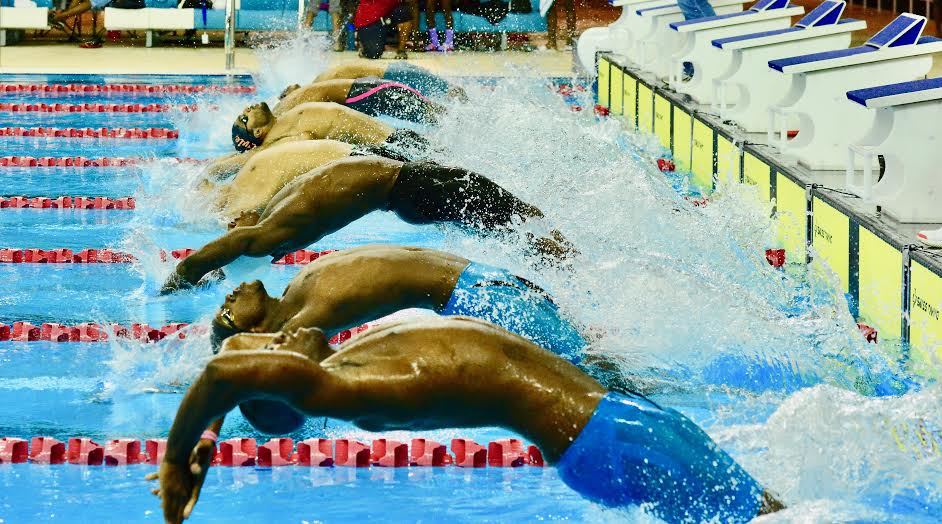 Zarek Wilson of Blue Dolphins Swim Club made his intentions clear in his first swim at the Annual ASATT Invitational... Current photo via ASATT

Zarek Wilson of Blue Dolphins Swim Club made his intentions clear in his first swim at the Annual ASATT Invitational Swim Meet, where he established a new 9 – 10 national record in the 50m and 100m ​backstroke yesterday at the National Aquatic Centre in Balmain Couva

Wilson​, who​ has continued where he left off at the National Open Short Course Championships a month ago, erased his own 50m back long course record of 34.02, winning gold in 33.42 seconds. Nikoli Blackman of Marlins won silver in 34.34, while Josiah Changar of Sea Hawks won bronze (34.94).

Graham Chatoor of Marlins became the first CARIFTA and CCCAN qualifier on the night when he won the 1500 free in 17:17.62.

Sea Hawks Aqeel Joseph won gold in the 13-14 male version of the 50m back in a CARIFTA and CCCAN qualifying time of 29.86. Kristin Julien (30.16) of Areios Aquatechs and Ariel Cape (30.82) of Blue Dolphins placed​ first and second in the 15 & over female race, surpassing the 18 & over qualifying time for CCCAN.  Ornella Walker (31.35) of Tobago YMCA won bronze in a 15-17 CARIFTA and CCCAN time, while fourth and fifth place finishers Amira Pilgrim (UTT) and Marissa Dickson (Atlantis) also made 15-17 qualifying times.

The 15 & over race was an exciting race where 0.04 seconds separated 1st, 2nd and 3rd. In the end Justin Samlalsingh (27.92) of Areios Aquatechs won gold, with Jeron Thompson of Atlantis (27.94) winning silver. Both established CARIFTA and CCCAN times for the 15-17 age group. Christian Awah (27.96) of Blue Dolphins and Bradley Thomas (28.29) of Tobago YMCA both established 18 & Over CCCAN marks.

Competition resumes today at 6:00pm, preceded by an opening ceremony and parade of teams, with with two sessions each on Saturday and Sundaystarting at 9:00am and 5:00pm.