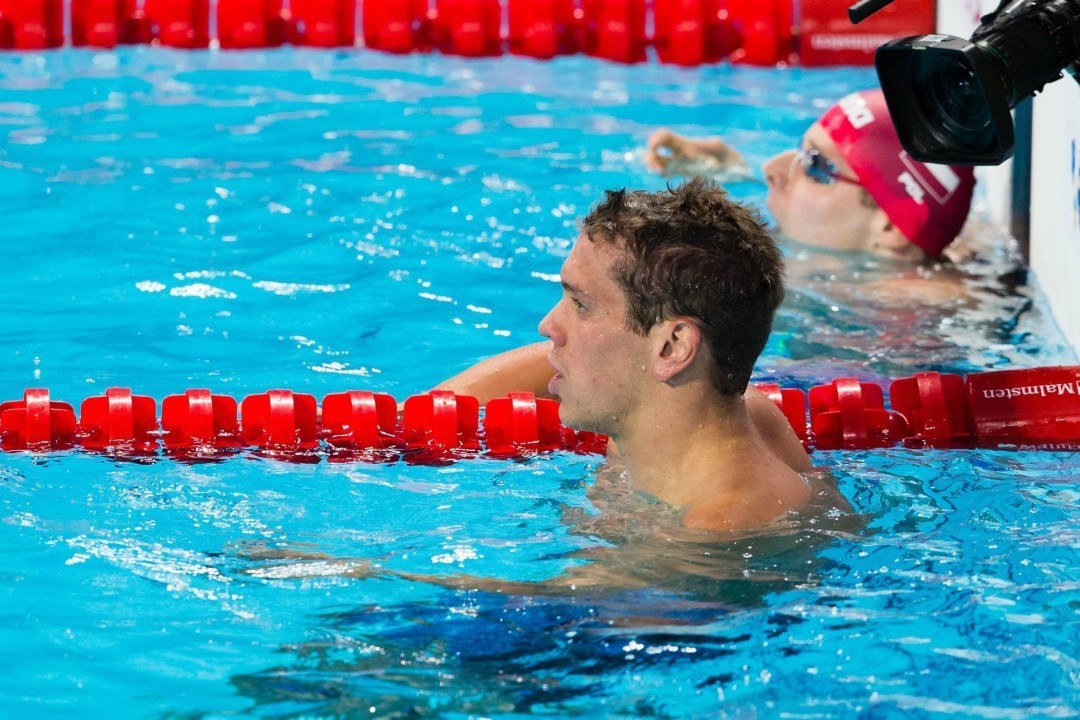 Simone Manuel, Cody Miller, Kelsi Worrell, Tom Shields, and the men's medley relay all lowered American records on the first day of the 2015 Duel In the Pool. Archive photo via Tim Binning/TheSwimPictures.com

*ALL ARE TIMED FINALS

The first night of the 2015 Duel in the Pool saw six American records fall. The girls broke the first  two before the men broke the final two records. After Simone Manuel‘s 100 freestyle record, Kelsi Worrell cracked the American Record in the women’s 100 butterfly, finishing second behind Jeanette Ottesen.

Worrell touched the wall in 55.43, lowering Dana Vollmer‘s American Record of 55.59 from 2010. Immediately after Worrell broke the women’s record, Tom Shields dove in and nearly broke the World Record. He finished with a final time of 48.63, missing the world record by .19 but lowering the American and US Open Records. Shields broke his own American record of 48.80 and also lowered Ian Crocker‘s US Open record of 49.07 from 2004.

Cody Miller put up a very sound performance in the 200m breaststroke, taking down Kevin Cordes‘ record. According to coach Jack Baurle, Miller was subbed in to swim the 200m breaststroke in a race-day decision, and Cordes was pulled out in order to focus on the relay. The decision paid off as Miller took down world record holder Daniel Gyurta 2:02.33 to 2:02.36.

Don’t leave out Cody Miller’s American Record! He held off the World Record Holder to take the win for the US and sneak under the AR.

I thought Shields looked great in his races and then I found I didn’t care after hearing his post race comments. Completely self-involved.