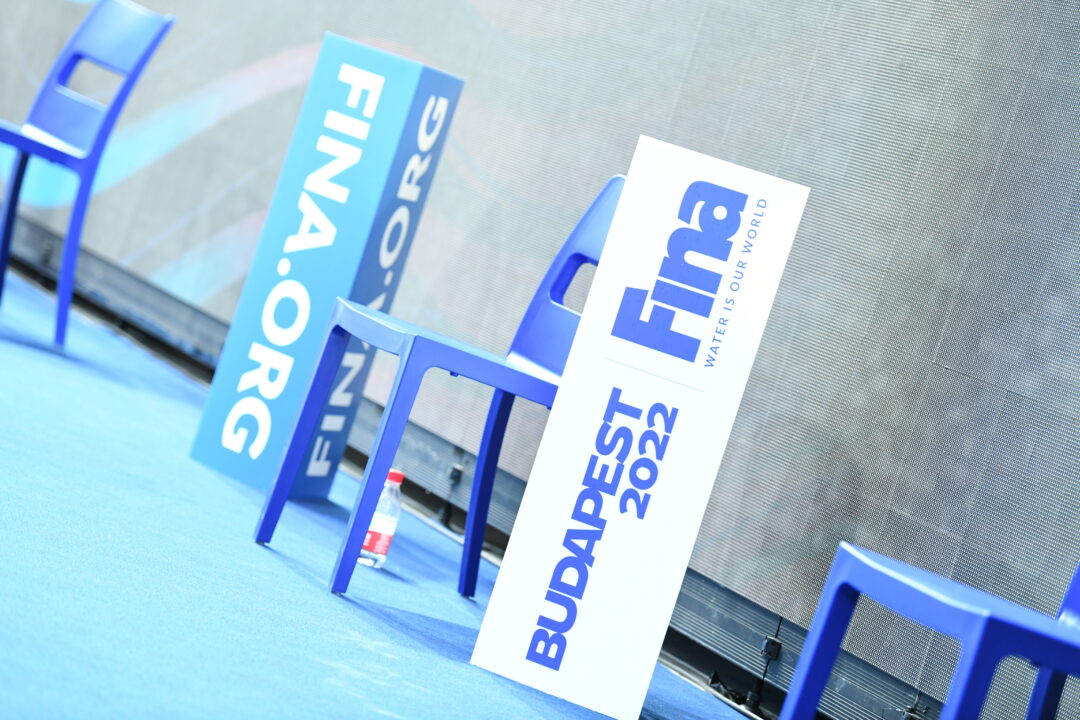 Latimer was the only former member of the committee who was nominated but not elected. Zhou is a member of the FINA Bureau that decided on the new members on the last day of the World Championships in Budapest.

Zhou, meanwhile, will remain in her role of Bureau Liaison despite the FINA Ethics Panel’s recent recommendation that the position be removed because it “creates confusion, conflict and discord.”

The Ethics Panel investigated Zhou in the wake of an incident at the Tokyo Olympics last summer, when she was accused of verbally abusing FINA judge Lisa Wright following the men’s 10-meter platform final.

“She was on poolside screaming at me and yelling at me — it was definitely one of the most humiliating experiences of my life,” Wright told CNN. “I just said I’m sorry you feel that way and I left and ended up crying in the bathroom, which was definitely not how you want to end your premier event of the Olympics.”

​​“It’s absolutely unethical … if you are up coaching divers from your own nation, I don’t see how you could be viewed as a neutral party,” Latimer said. “I also can’t think of any other sport where you would have a vice president on pool deck coaching and having such an open interest in the proceedings.”

The 57-year-old Zhou won China’s first Olympic diving gold medal back in 1984 and coached the national team from 1990-97. Nicknamed the “Iron Lady,” she is also the chair of the Chinese Swimming Association.

“People are scared stiff, they’re petrified of rocking the boat and losing their position,” Latimer told CNN in May. “I’m well aware that through this whistleblower process, I could lose my position on the Technical Committee. We have elections in two months’ time in Budapest [at the World Championships, which start on June 17]. But for me, seeing this complaint through and getting some action is more important than maintaining my position on the committee, although I would obviously like to stay on the committee and be part of the process to ensure this sort of behavior doesn’t continue.”

So far, it appears Zhou’s only consequence has been an apology letter to Wright ordered by the Ethics Panel. The panel ultimately ruled there was not enough evidence to take action regarding her alleged mistreatment of Wright, calling the situation a “misunderstanding mixed with misjudgement.” FINA never looked into Latimer’s other allegations of manipulating judging panels and coaching during events mentioned in Latimer’s later complaint.

Latimer told SwimSwam that he didn’t receive any information from FINA as to why he wasn’t a successful candidate for the Diving Technical Committee.

U.S. diving judge Colleen Huffman also spoke out against Zhou, but she managed to keep her position on the Diving Technical Committee. She expressed concerns to CNN that Zhou’s actions could dissuade the next generation of diving judges.

“People won’t want to judge. They just won’t,” Huffman said. “We’re already struggling to get judges, particularly out of the South America region. All the judges from that area are aging out and the new people coming in, they hear bad things about her, how mean she is, how intimidating she is. Who wants to go experience that?”

“The Committees play a critical role in the development of aquatic sports and ensuring that we are constantly striving to improve for the benefit of our athletes and fans,” FINA president Husain Al-Musallam said. “We are grateful to the outgoing members of the Committees for their hard work and invaluable contribution, and we are sure that the new members will build on the great progress which has been made to date. Aquatic sports have so much potential, and it is very important that through the Technical Committees we continue to analyze how we can adjust our technical rules to make the sport more appealing to compete in and even more engaging to watch.”

Zhou was cheating again in Budapest by giving some judges gifts, always the ones she knows she can manipulate

Zhou controls fina and all these ‘big brave men’ are scared of her. She is a corrupt operator and so is the fina

Zhou needs to be thrown out of diving completely

What an absolutely joke by FINA.
Diving is sick from china’s control

A disgusting saga which will turn to total embarrassment for fina. Everyone in diving knows this has happened and been following 😡😡😡😡🤬🤬🤬🤬

A media outlet is investigating Zhou’s gift giving practice to judges she wants to manipulate. I have been contacted. Email me on [email protected] if you have a story… can be anon too.