Were There More DNSes and DQs in the 2021 World SC Championships than Before? 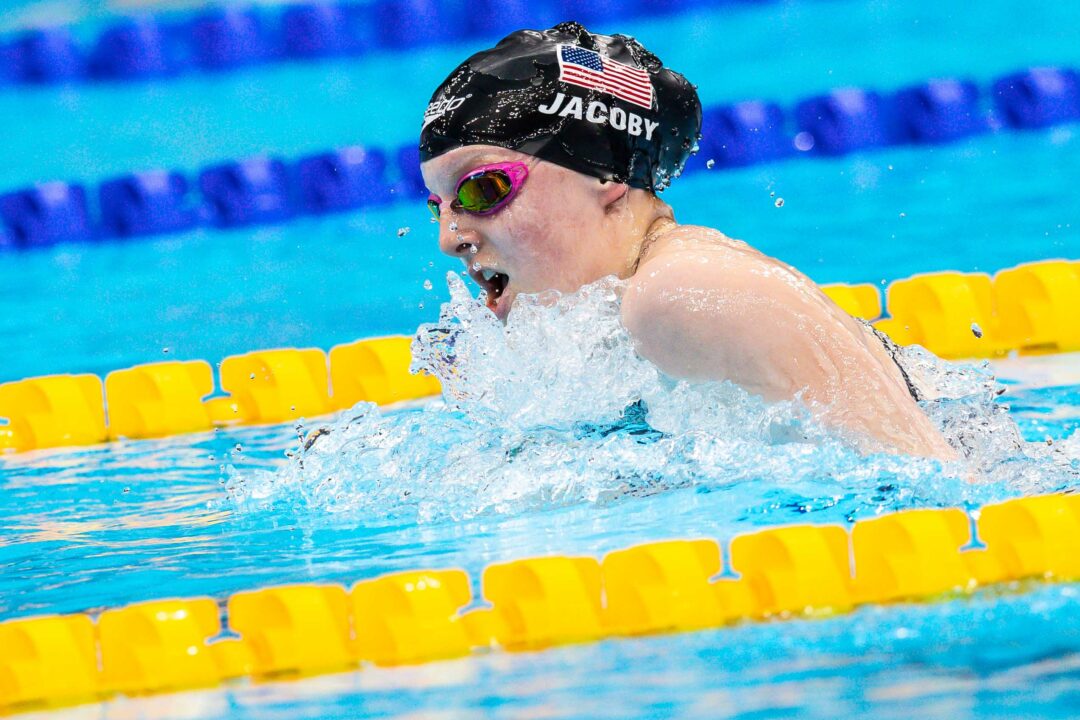 Lydia Jacoby did not start (DNS) the 100 breaststroke due to close contact with a COIVD-19 positive individual at the 2021 World Championships.

Underwater video cameras have recently been approved to be able to initiate DQ’s. Medal contender Arianna Castiglioni of Italy was even disqualified twice, once in the 50 breaststroke and then the 100 breaststroke a few days later. This is a high number for breaststroke as the breaststroke DQ’s totaled 24, meaning that there were only 10 DQ’s in any other strokes and relays combined.

After looking back at the results from the past three SCM World Championships before this year, DQs have been steadily increasing throughout the editions. There were more DQs in 2021 than 2018 but not as many as it may have seemed like based on the eye-popping number of breaststroke calls this year.

Aside from DQs, COVID-19 had an impact on the meet as 15 swimmers tested positive and several others left early to avoid infections that might keep them there through the holiday. This, along with contact tracing and the usual ‘coach’s decisions’ resulted in many swimmers not starting, receiving a  “did not start” result (DNS).  The amount of DNSes was high this year but not as high as it was in the 2016 World Championships that took place in Windsor, Ontario in Canada. The 2016 meet edged out the 2021 meet by one more DNS, 203 compared to 202. Both of the 2021 and 2016 meets were much higher than the 2018 and 2014 meets.

Even at swimming’s major meets, like World Championships, empty lanes continue to be commonplace. Even when athletes were sent home or forbidden from competing, like the teams from Nigeria and Singapore, races were still not re-seeded and athletes still were not formally scratched out of the races.

Below, see a comparison of DNS and DQ’s for the 2014-2021 World Short Course Swimming Championships below:

Note: 2014 was when the event schedule expanded to the current 46 races.