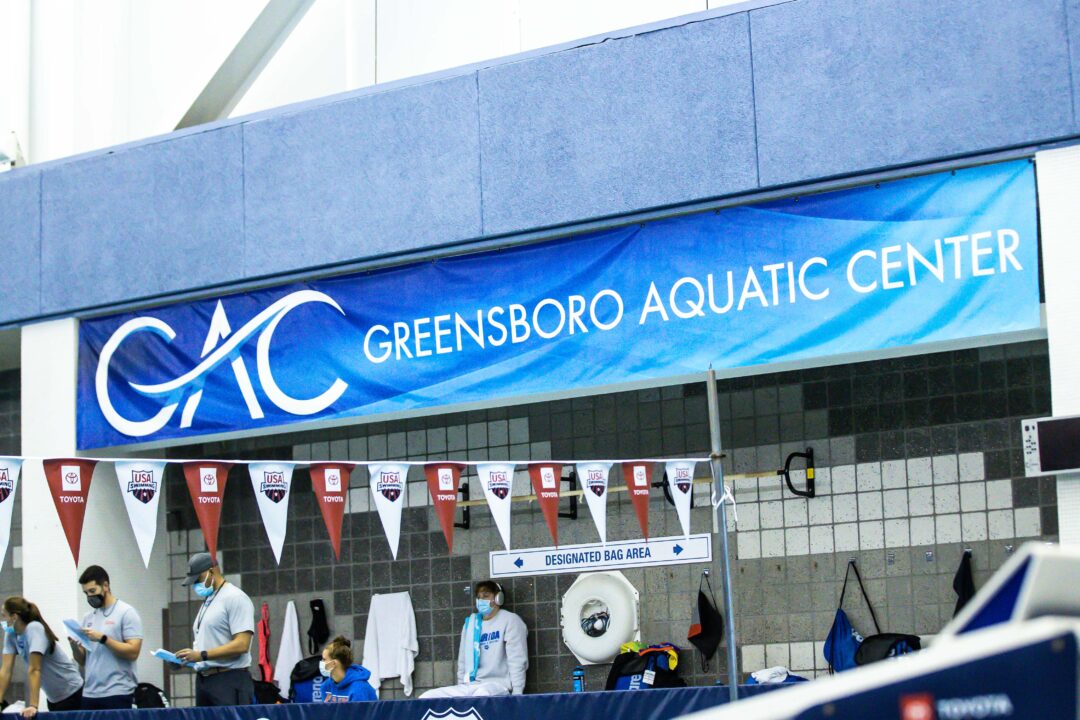 There was a ton of fast age group swimming over the last two weeks, headlined by the Winter Juniors held jointly in Greensboro and Austin. Stock photo via Jack Spitser/Spitser Photography

Age group swimmers were making strides last weekend at meets such as the EZ Super Sectionals in Richmond, the Atlanta Classic and the CIF Championships.

*Note that in this edition, we’ve recognized a few of the swimmers from Winter Juniors, but also looked elsewhere to note some performances at other meets.

Avery Klamfoth, 14, SwimMAC Carolina (MAC-NC): Klamfoth’s performances at Winter Juniors – East were highlighted by her podium finish in the women’s 200 breaststroke, placing third in a time of 2:12.63 against a field that featured six swimmers aged 16 & over. Klamfoth’s time was over two seconds faster than her PB coming in (2:14.88), and moves her into 15th all-time in the 13-14 age group.

Megan Maholic, 17, PWR Swimming (PWRS-LE): Competing at Winter Juniors – East in Greensboro, Maholic reset her more than two-year-old best time in the girls’ 100 back in 54.89, and then brought that down again the following week. Maholic clocked 54.85 to set her first individual Villa Maria High School record at the high school portion of Cleveland State’s Viking Invitational last weekend.

Ryan Branon, 17, North Baltimore Aquatic Club (NBAC-MD): Branon put up best times in four different events at the 47th annual NBAC Christmas Meet, including a 1:36.70 performance in the 200 freestyle. That lowers his previous best time, set in February 2020, but close to three seconds (1:39.41).