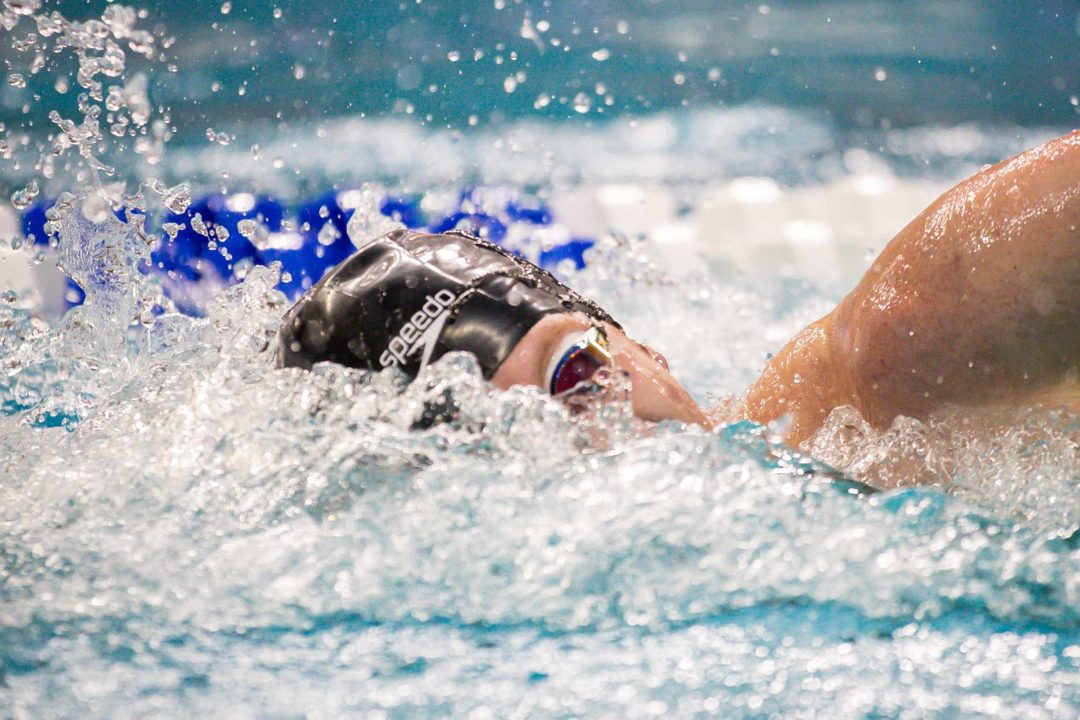 Behind an unfathomable 1:35.69 opening 200, Texas senior Townley Haas hung on over the final 200 yards, to narrowly clip former teammate Clark Smith‘s NCAA Record to win his third career 500 yard freestyle title in 4:08.19.  Haas wasted no time off the start, blitzing the field with a 46.38 opening 100, and then recording four more 50 splits between 24.9 and 25.1 to put himself nearly three seconds under Zane Grothe‘s American & U.S. Open record pace.  By the 300 mark, he had built nearly a four second lead on the field.

A comparison of some of history’s top splits:

The clear difference was in Haas’ front-end speed over the other top swims in history, but Grothe legendary enduring and closing stroke rate were enough to keep the American and U.S. Open record.

Haas’ third title puts him in rare company as just the fifth swimmer to win at least three 500 freestyles at NCAA’s, and the first since Artur Wojdat won four in the early ’90s.

Notably, Sean Grieshop of California moved into the 15 performers in history with his 4:10.29 second place effort.

Haas being 2:00 at the 250 is just insane! While +8 on the back half might not be text book, I think his aggressive front half will help redefine what is possible for other guys down the road. So fun to watch!

Great win by a Longhorn and great swim and second place for a suposed-to-be-a-Longhorn. Oh, yeah, by the way, Artur Wojdat was an Iowa Hawkeye. Watching Woydat was my introduction to college swimming afterI landed in Iowa City in 1989. God, I am so old.

He took it out way too fast

And finished way too fast

He broke the NCAA record…

seems the strat worked for him…

he bought Team Usa back from a deficit last Year at Pan Pacs on that insane 800 free relay ….and he was out very fast if i remember well .