What to Watch at 2017 NCSA Junior National Championship (Psych Sheet) 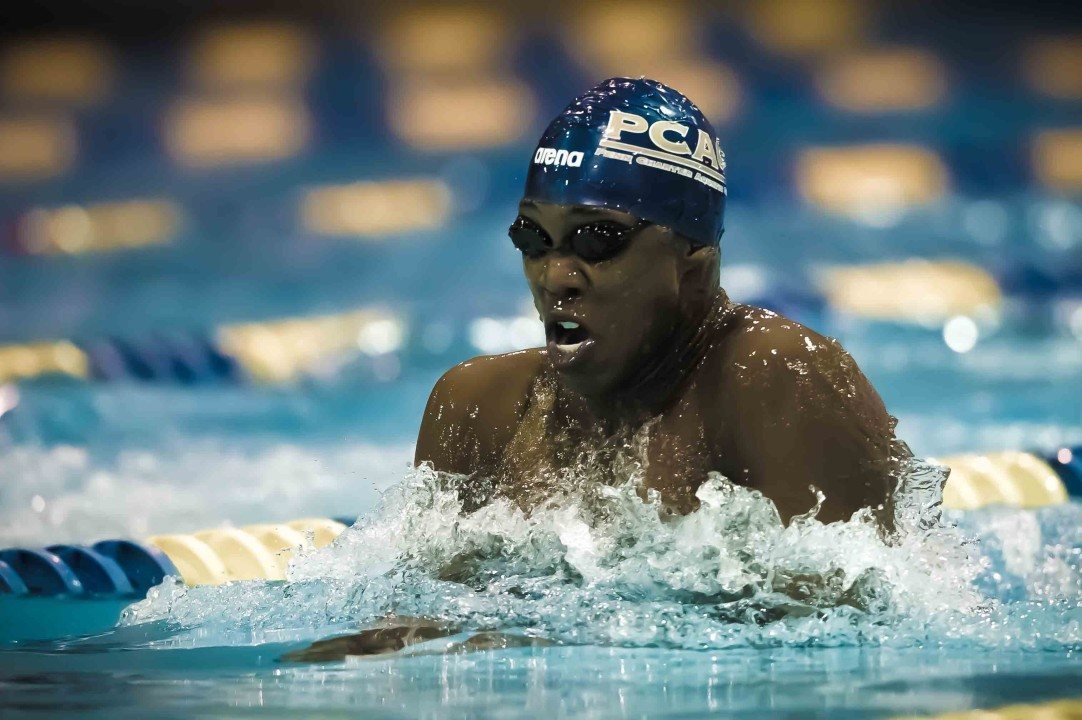 Reece Whitley (above) and Margaret Aroesty will challenge some of the National Age Group Records at the NCSA Junior Championship meet next week. Archive photo via Mike Lewis/ Ola Vista Photography

The psych sheet for the 2017 NCSA Spring Junior Championship has been released and it looks like yet another year of a strong field with a lot of depth in this meet. Swimmers from all across the country will travel to Orlando, Florida to compete March 14th-March 18th.

This year’s meet brings together 1,584 swimmers (803 females and 781 males) representing 234 teams. One big takeaway: 85 swimmers will compete with Nation’s Capital, which is 36 more swimmers than any other team.

The full Psych Sheet can be found here.

We found 5 storylines to look out for as the meet starts to heat up – although with this level of competition you may want to keep a close eye on every single event.

Penn Charter Aquatic Club’s Reece Whitley is no stranger to this level of competition and has the experience to do well at this meet. He’s the top seed in the 100 breast with a time of 51.84 which is faster than anyone else by nearly three seconds. If you thought that was impressive, he leads the field by over five seconds in the 200 breaststroke with a time of 1:52:37. The 17 year-old is also top seed in the 50 breaststroke and 200 IM entered at 1:43.93.

Just a few weeks ago, Whitley broke the National Independent High School and overall High School Records in the 100 yard breaststroke with a time of 52.35 in prelims and then re-broke the record at finals with a 51.84. He keeps getting faster and faster every time he races and could be in a position to break a few more records at the NCSA Spring Junior Championship.

Several National Age Group Records are less than a second away from being broken at this meet. Whitley’s just 0.08 off of the 100 breast record Kevin Cordes set six years ago. In the 200 breast he’s only 0.80 seconds away from the record set by Andrew Seliskar in 2015. If you look at Whitley’s 200 breaststroke compared to the men’s NCAA Championship Psych Sheet he would have earned a 3rd place seed.

Another place we could see a National Age Group Record fall is from Long Island Aquatic Club’s Margaret Aroesty, a University of Southern California commit. Last year at this meet, she became the youngest female swimmer to go under 59 seconds in the 100 yard breaststroke.

This year at 17-years old, she’s the top seed in the 100 breaststroke with a time of 58.98 and she’s just 0.88 off of the 17-18 National Age Group Record set by Miranda Tucker last year. If you take her seed time and compare it to the women’s 2017 NCAA Championship Psych Sheet, Aroesty would be 10th. To say this meet is going to be fast might be an understatement.

In December at the 2016 USA Swimming Winter Nationals when he was still 15-years-old, Dolan swam the second-fastest 50 yard free ever done by a 15-year old and then the next day he did the same thing with the 100 yard free. This momentum heading into the NCSA Spring Junior Championship will help separate him from the field since he can rely on his experience to compete at this level.

Phoebe Bacon—one, she is 14 and looking to take on a nice slate of events and two, best last name EVER.

Phoebe Bacon is a baller, she’s gonna crush it

Very exciting meet in perspective! 😎
And in your paragraph about possible NAG records you should add the name of 12-year-old Claire Tuggle.