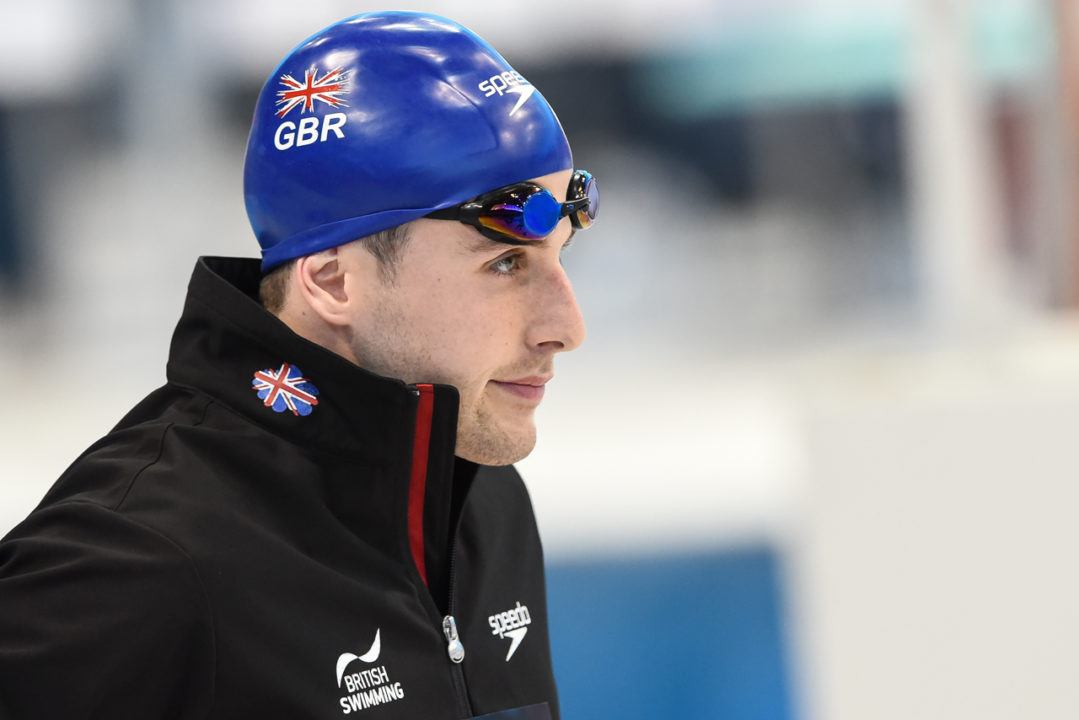 2016 Olympian Christopher Walker-Hebborn of Great Britain has seen a rough few months recently and it may have contributed to a peculiarity in the World Championships start lists. Originally pegged to swim in Budapest both individually as well as the lead-off on the British men’s and mixed 4x100m medley relays, ‘CWH’ should have appeared on the entries for the men’s 100m backstroke at this point, yet the 27-year-old is absent.

British swimming confirmed to SwimSwam that the National Centre, Bath swimmer is indeed available for the relays, but will not be contesting any individual events. This means GBR will not have any male swimmers in the 50m or 100m backstroke event, while Luke Greenbank will serve as the lone Brit in the men’s 200m backstroke race.

Although CWH won the British national title earlier this year in the 100m, clocking 54.24, his result wasn’t enough to enter the world’s top 10 at the time. Now, after all nations’ trials have been completed, CWH doesn’t crack the top 25, which would not have boded well for his individual entry against the likes of medal contenders Ryan Murphy, Mitch Larkin and Jiayu Xu here in Budapest.

After British Nationals, hoping to get more racing experience in pre-Budapest, CWH was scheduled to race at the Mare Nostrum Monaco competition, but he and several teammates ran into travel difficulties. After being booted from a flight, CWH missed the 50m free, 50m back early rounds and 100m back racing at the meet. He instead partook in time trials in his home pool.

So… why not enter him in the individual 100 as prep for the relay?

Fitness or Injury for sure.

Aussie crawl – from what we’ve been told, he’s just a little under the weather, nothing major.

I’m not sure: If he has been doing TTs I’m sure they know where he is at right now. From what I’ve gleamed, this was a decision made by choice, not something forced by injury or illness. It’ll certainly add some spice to the race.