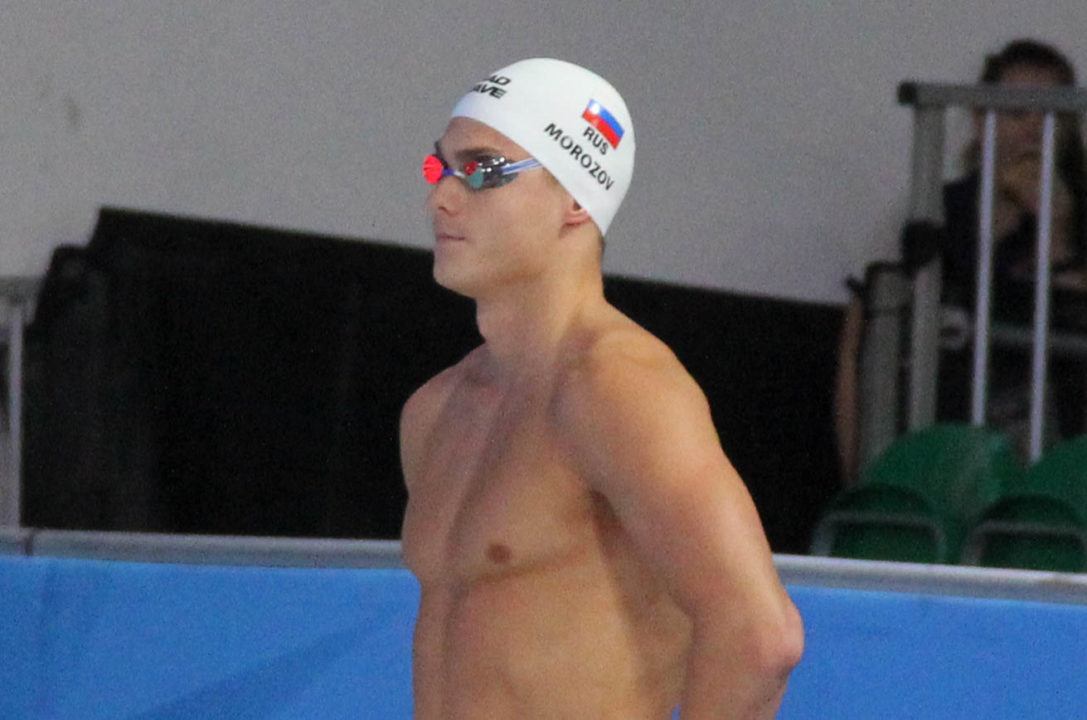 On the heels of Chinese swimmer Wang Jianjiahe‘s World Junior Record in the women’s 400m free, Russian speedster Vlad Morozov fired off a new World Record time in the men’s 100m IM. Competing on night 1 of the 2018 FINA World Cup in Eindhoven in short course meters format, 26-year-old Morozov produced a time of 50.26 to shave .04 off of his own previous WR of 50.30 set at the Berlin stop of the 2016 World Cup.

A night to remember for the fans as a new world record is set in Eindhoven! #FINA #SWC18 #Eindhoven.
Don’t miss the “live” action 📺 https://t.co/bEozhdW5qV pic.twitter.com/iwn5fxfezB

Morozov claimed gold tonight by over a second, with Japanese Olympian Daiya Seto settling for silver in 51.40, while America’s Michael Andrew rounded out the top 3 in 51.76.

The Russian has been on-fire so far this 2018 World Cup, already establishing new series records in the 50m free and 50m back during the first cluster. His feat tonight garners the former USC standout a crisp $10,000 World Record bonus.

Is there a full video lol that was like 5 seconds

Exactly! I’ve found out a lot of the FINA channel is blacked out in the US or not otherwise available. Is there any way to watch swimming in the EU?

Michael Andrew getting shown up.

He’s 19 and Morozov is 26. The difference in the strength and speed that can be achieved by a 26 year old is quite noticeable, especially in an event like that. Why feel the need to point out he lost? We need losers so sport can exist. Im pretty impressed at how this teenager is doing competing with the big boys.

Not as impressive when you consider he skipped breast and back

Total buzz kill, there FINA… every swim nerd watches the 100IM for the transitions and you couldn’t even let us have the BK/BR turn? Weak sauce.

If they raced 25s they would only show before and after the flags.