NOLA’s Charles Korndorffer to Take His Talents to South Bend 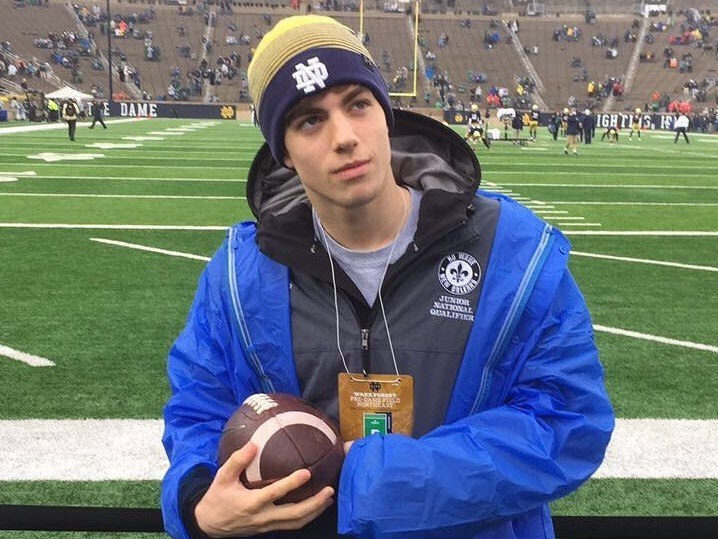 Nu Wave Swim Club's Charles Korndorffer has announced his verbal commitment to the University of Notre Dame for 2019-20. Current photo via Ross Hedrick

New Orleans, Louisiana’s Charles Korndorffer has announced his verbal pledge to the Fighting Irish and will join Cason Wilburn, Jack Hoagland, Nick Torres, Topher Stensby, and Will Barao in the University of Notre Dame’s class of 2023. Korndorffer swims for Nu Wave Swim Club under head coach Ross Hedrick, as well as for Jesuit High School where he is currently a senior. At the 2017 LHSAA Division I Championship Swim Meet last November, he won the 100 fly (49.13) and 100 back (49.72), etching his name in the LHSAA and Division I record books in both individual events. He also contributed to the winning 4×100 free (46.87 anchor) and 4×50 medley (21.88 butterfly leg) relays, the latter of which broke the LHSAA and D1 records.

He is also one of about 2,760 students (from a pool of well over 2 million test-takers) to score a perfect 36 on the ACT: