Biedermann and Deibler in: The “rabbit race” (Video)

The highlight of the annual Swim Meet of the German swim Club SV Halle is every year the traditional “rabbit race”. In this final event of the swim meet, the six best swimmers of the meet swim their race with the highest FINA points scores again – but without competitors, each swimmer races alone but he or she is joined by one or two pacemakers on the last 50 or 150 meters – the so callled “rabbits”.

This year’s swim meet in Halle featured some of Germany’s best swimmers and the six best after the two days of competion were:

Marco Koch, World Champion 2015 in the 200 m breaststroke, Steffen Deibler, World Record holder in the 50 m butterfly (SC), Christian vom Lehn, bronze medal 2011 in the 200 m breaststroke at the World Championships, Jenny Mensing, European Champion 2012 in the 100 m backstroke, Jan-Philip Glania, bronze medal in the 100 m backstroke at the 2014 European Championships and youngster Marek Ulrich. World Record holder Paul Biedermann didn’t make this final – but he didn’t hesitate to swim as the pacemaker for Steffen Deibler. Halle in Germany is Biedermann’s home town – he trains and lives here and obviously enjoyed to swim before his home crowd.

The video shows Deibler’s 100 m butterfly – Biedermann joined him on the second 50 m, he swam crawl. This race format is a lot of fun for the audience and the swimmers and all of them performed faster in the “rabbit race” than in the official timed finals.

Marco Koch delivered again two sub 2:10 times in the 200 m breaststroke – he finished in 2:09,80 in the morning and 2:09,13 in the “rabbit race” – without a competitior or a pacemaker, he wanted open water. Both times ranked among the 4th fastest in the world 2016 – of course, Koch is the number one in the world ranking at the moment. He is in a great shape at the beginning of the Olympic season.

One of Germany’s most promising swimmers, Marek Ulrich, clocked 55,03 in the 100 m backstroke in this fun race – his rabbit was his twin Hendrik who retired from competitve swimming in 2015. This result wasn’t far off Marek’s personal  best time. Christian vom Lehn finished 1:01,55 in the 100 m breaststroke – also faster than in the timed final. As the only woman in the “superfinal”, Jenny Mensing performed very fast in the 200 m backstroke – 2:10,04 with the support of the “bunnies” Paulina Schmiedel and Laura Riedemann. The winner of the 100 m backstroke race in the official competition, Jan-Philip Glania,  bettered his winner time with a 55,05 and Steffen Deibler showed a good 100 Butterfly race with the support of pacemaker Paul Biedermann and clocked 52,86.

This final event really was fun for the audience and the swimmers – and was a great conclusion of the 16th Swim Meet in Halle with some of Germany’s top swimmers in front of a very supportive and enthusiastic audience. 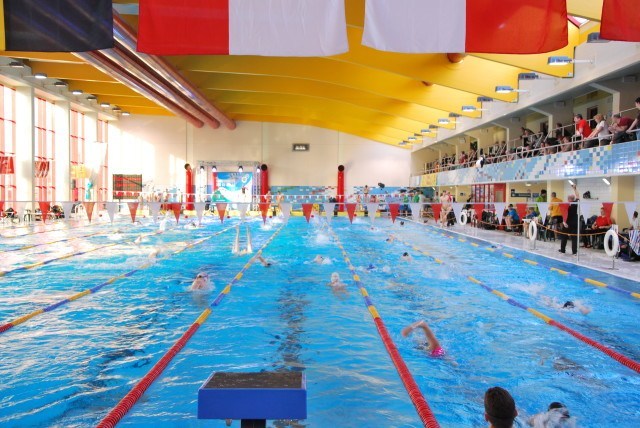 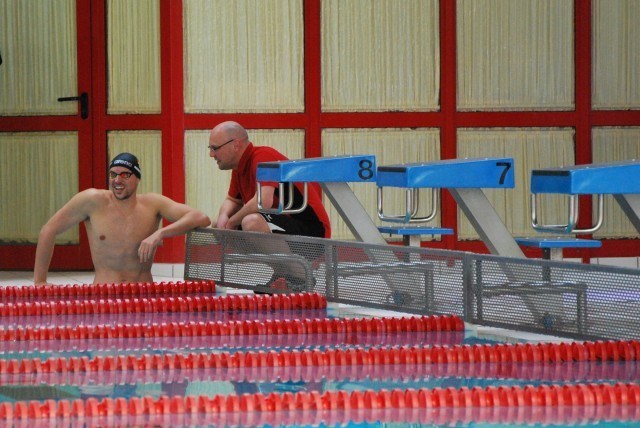 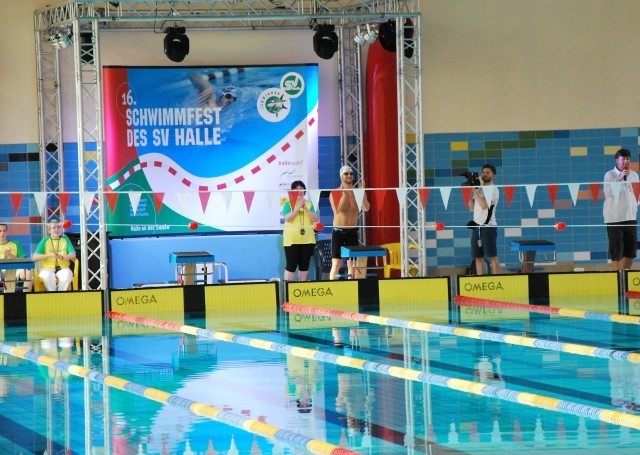 Steffen Deibler thanks his “rabbit” Paul Biedermann with applause. 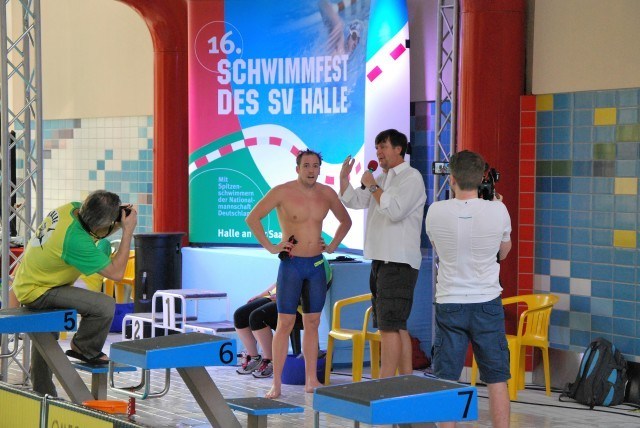 Marco Koch – the overall winner of the “rabbit race”.