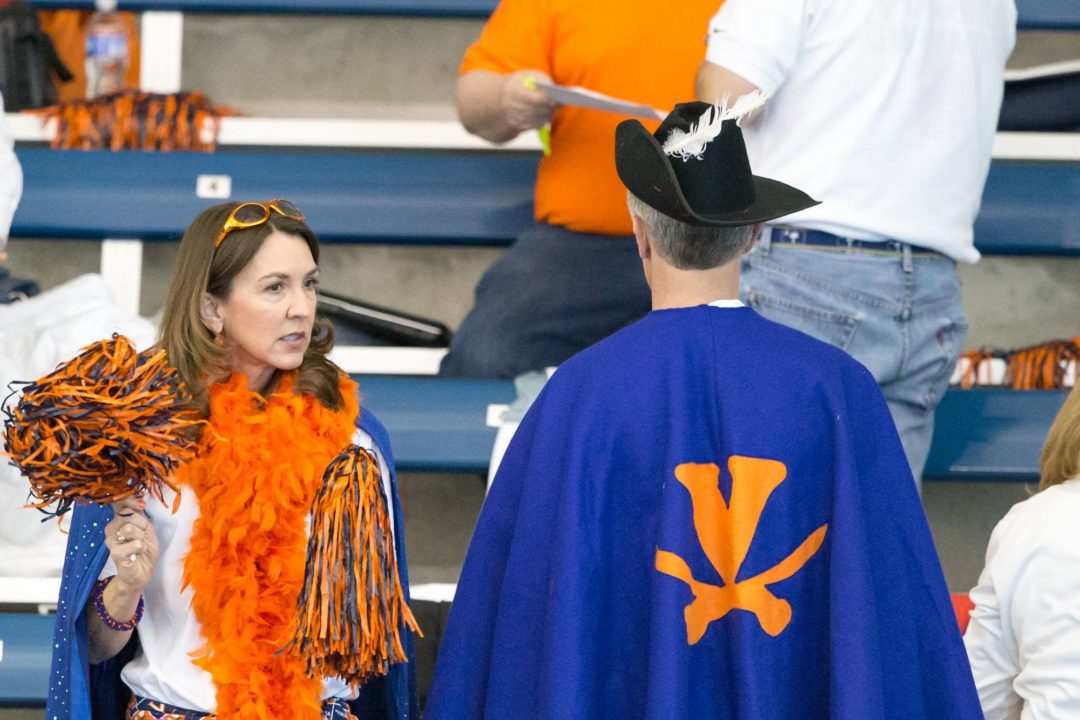 The Virginia Cavaliers are getting some reinforcements at NCAAs, with two more divers joining the qualifying lists on the final night of the 2016 Zone A Championships. Archive photo via Tim Binning/TheSwimPictures.com

The Virginia Cavaliers are getting some reinforcements at NCAAs, with two more divers joining the qualifying lists on the final night of the 2016 Zone A Championships.

Virginia already had Rebecca Corbett qualified after the first night, and she earned another qualifying spot with a  6th place finish on platform. But Kylie Towbin (3rd) and Corey Johnson (4th) are also in on the women’s side through platform to bring UVA’s diving roster to three.

Virginia should be in the hunt for a top-5 finish as a team, especially if their diving corps can chip in with an already-stellar swimming roster.

The final qualifying lists are below. 5 women and 4 men will earn NCAA reimbursement status, and the rest of the names are eligible to compete at NCAAs on their school’s dime.*