USC Star Maclin Davis Out of Championship Season With Injury 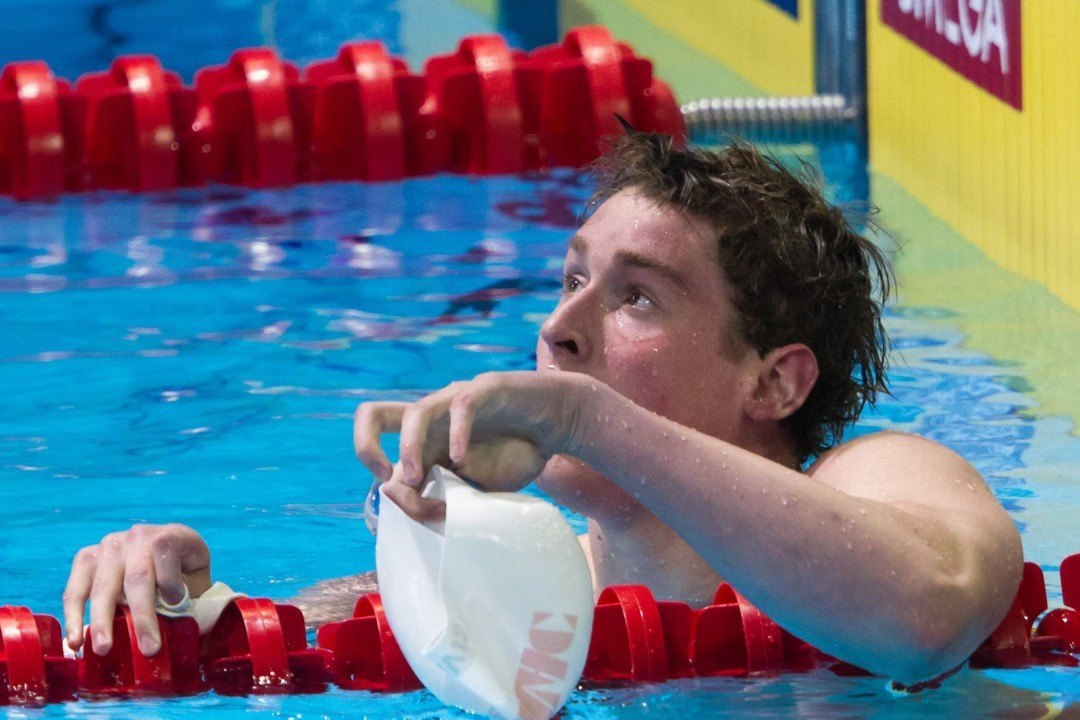 USC's Maclin Davis has been absent for most of the college season, and underwent surgery in January. Archive photo via Tim Binning/TheSwimPictures.com

Davis was absent from the psych sheets for the Pac-12 Championships when they were released today, as he has been for much of the Trojans’ season. He swam only two meets for USC this year, including a 49.28 in the 100 fly in October against UCSB.

Davis was slated to be the Trojans’ top sprint butterflier this season, after ending last year as the 6th-best in the event in the Pac-12. He swam the butterfly leg on both of the team’s medley relays at NCAA’s last season, as well as a leg on their 200 free relay (which was DQ’ed at NCAA’s).

Davis says that he’s hoping to return by the end of the school year, but that there’s no definitive timeline on his return to action.

In the short-term, the USC butterfly group is still in fantastic shape. They have four of the conference’s 9 fastest in the 100 fly so far this season, including sophomore Dylan Carter who has been 46.16, which places him 15th in the country.

I believe the NCAA Rules state the threshold as competing in less than 10% (or 10% or less) of the team’s official competition schedule qualifies for a Medical Red Shirt, with a qualifying medical reason for missing those competitions.