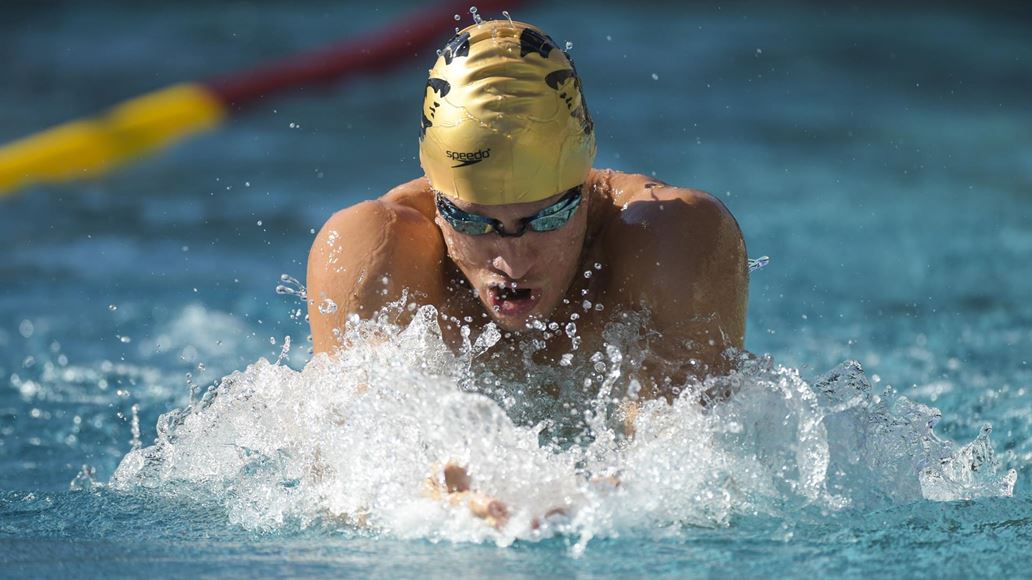 USC resumed the 2021-22 season in dominant fashion, winning 27 out of 28 events against UC San Diego on Saturday (Jan. 15) at the Uytengsu Aquatics Center. Current photo via John McGillen/USC Athletics

Five Trojans won twice each, as seniors Isabelle Odgers, Calypso Sheridan and Laticia Transom as well as junior Nicole Pavlopoulou and freshman Caroline Pennington each posted a pair of wins.

The Women of Troy swept the relays, opening the meet with a win in the 200y medley (Sheridan, Pavlopoulou, Genevieve Sasseville, Anicka Delgado – 1:41.95) and closing the meet with a 400y free relay victory (Delgado, Adair Sand, Aela Janvier, Makenna Turner – 3:27.64).

The men closed out the afternoon with a win in the 400y free relay as Selin, Ben Dillard, Vaggelis Makrygiannis and Billy Cruz Zuniga combined for first (2:59.69).

LOS ANGELES – The UC San Diego men’s and women’s swim teams dropped a dual meet at USC on Saturday. It was the first time both Triton squads were in action together since November. The men fell by a score of 65.5-195.5 while the UC San Diego women lost 52-210.

The Tritons women’s team is now 3-2 in dual meets and the men are 2-1. The Trojans and the Women of Troy are both 4-0 on the season.

HOW IT HAPPENED
The Triton men took the top spot in the 200 yard medley relay. The team of Tyler James, Luke Pusateri, Spencer Daily, and Nate Cunnan finished with a time of 1:30.02. In addition, Justin Morsch won the 100 yard freestyle with a time of 46.62 and Ivan Kurakin won the 500 yard freestyle, finishing in 4:32.31.

Katja Pavicevic had a strong day for the UC San Diego women, finishing less than a half second from the top spot in the 100 yard breaststroke (1:03.49). She also finished second in the 200 yard breaststroke, posting a time of 2:18.10.

UP NEXT
The Tritons return to Canyonview Aquatic Center next weekend to host Pomona-Pitzer in a dual meet beginning at Noon. Spectators will not be permitted, but there will be a live video feed on UCSDTritons.com.