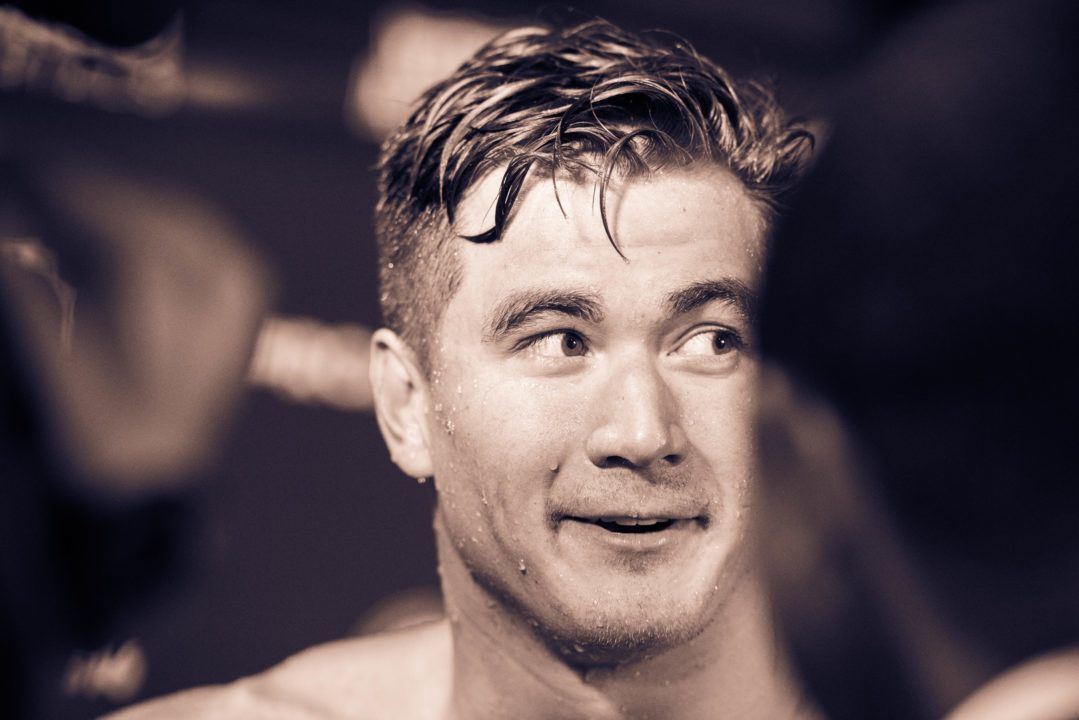 Nathan Adrian, whose mother is of Chinese descent, is featured prominently in the guide. Archive photo via Mike Lewis/Ola Vista Photography

USA Swimming, the governing body for pool and open water swimming in the United States, has announced the creation of an “Asian-American Cultural Inclusion Guide.” This is the latest in a line of inclusion guides produced by the organization that it hopes will create a more welcoming atmosphere for people of different backgrounds in the sport, following guides released on inclusion for Hispanic/Latino swimmers, African-American swimmers, and one in September for LGBTQ athletes. The organization plans to continue the series next month with a guide on Native American communities.

The guide, which can be seen in its entirety here, features the current generation’s most prominent Asian-American swimmers, Nathan Adrian and Natalie Coughlin. Each swimmer comes from mixed families – Adrian’s mother is of Chinese descent, and Coughlin’s maternal grandmother was born in the Philippines.

USA Swimming says that Asian-Americans make up 5.3% of its year-round athlete membership – slightly less than the estimated 5.7% representation within the United States population as a whole.

The guide mirrors previous ones in that it largely presents marketing information that could attract young people of any background to the sport, before concluding with presenting short biographies of noteworthy Asian-American swimmers and swim coaches.

The full release can be found below:

Colorado Springs, Colo. – USA Swimming has released the organization’s first-ever Asian-American Cultural Inclusion Resource Guide. The guide was created to provide information about resources and tools available to our members and to help engage new audiences.

This is one of many projects the organization’s Diversity & Inclusion team uses to create a culture of inclusion and opportunity for people of diverse backgrounds, including but not limited to race, age, income, ethnicity, religion, gender expression and sexual orientation. By providing educational tools at all levels for staff, LSCs, coaches and athletes, USA Swimming is creating deeper relationships with and providing meaningful resources to underrepresented communities.

“It’s important to intentionally create environments where swimmers from all backgrounds feel included and important,” said Mariejo “MJ” Truex, USA Swimming Director of Programs and Services. “Through these guides, the goal is to welcome and encourage diverse communities to our sport.”

The guide offers information on programs including the National Diversity Select Camp, a Diversity Coach Mentorship Program, and links to the USA Swimming Diversity and Inclusion Resource webpage which has articles, videos, resource guides and other materials to help LSCs and clubs develop multi-cultural programming at the grassroots level. It will illustrate a diverse array within the demographic, including backgrounds of Korean, Japanese, Filipino, Indian, Chinese and others.

In 2010, USA Swimming Foundation and the University of Memphis released research that identified key barriers to urban minority group participation in swimming. The study revealed that fear, swimming ability, physical appearance and access to facilities actively prevent minorities from engaging in the sport.

With the creation of the Cultural Inclusion Resource Guides, the Diversity and Inclusion Team is providing tools that will foster an inclusive environment and improve representation at all levels of the sport. The Asian-American guide is the fourth in a series of ‘Cultural Inclusion’ guides – an African-American and Hispanic/Latino guide in both English andSpanish were released earlier last year, as well as a guide for LGBTQ cultural inclusion; a guide for Native American communities will be released next month.

What about South Asians, Central Asians, West Asians, the Maghrebs, the Misdde Easterns?

Do they not deserve to be included?

It seems to me that the definition of “Asians” are those “East Asians”, leaving out South Asians and West Asians who are tryly under-represnted;

This is like the rich receive stronger and beter support while the poor and the truly under-represented are given the middle finger.

She might not be as big as the others but Annie Zhu was part of the Nat team/junior Nat in past years. Also part of Georgia winning team championships. If I remember correctly, she still has a few NAG records? Is she still active?

Seems like Asian Americans are doing just fine, and if the zone I’ve seen is an indication, USA swimming has work to do with other minority groups much more than Asian Americans, who seem well represented in younger age group swimming.

Well it depends on a person’s knowledge who constitutes Asians. You can tell by the swimmers names mentioned above that USA Swimming define Asians only mean Eat Asians.

It is obvious the manorty of USA swimming officials have never traveled outside the country.
So USA Swimming want more eadt asian americans who are already well=represented but give absolutely zero care or interest to inclide more central asians, south asians, and west asians. and who cares about african americans, hispanics, midde easterns, americans of the maghreb countrie.

This is a damning evidence that all USA swimming care is about money and profts, and all diversity talks is just PR BS.