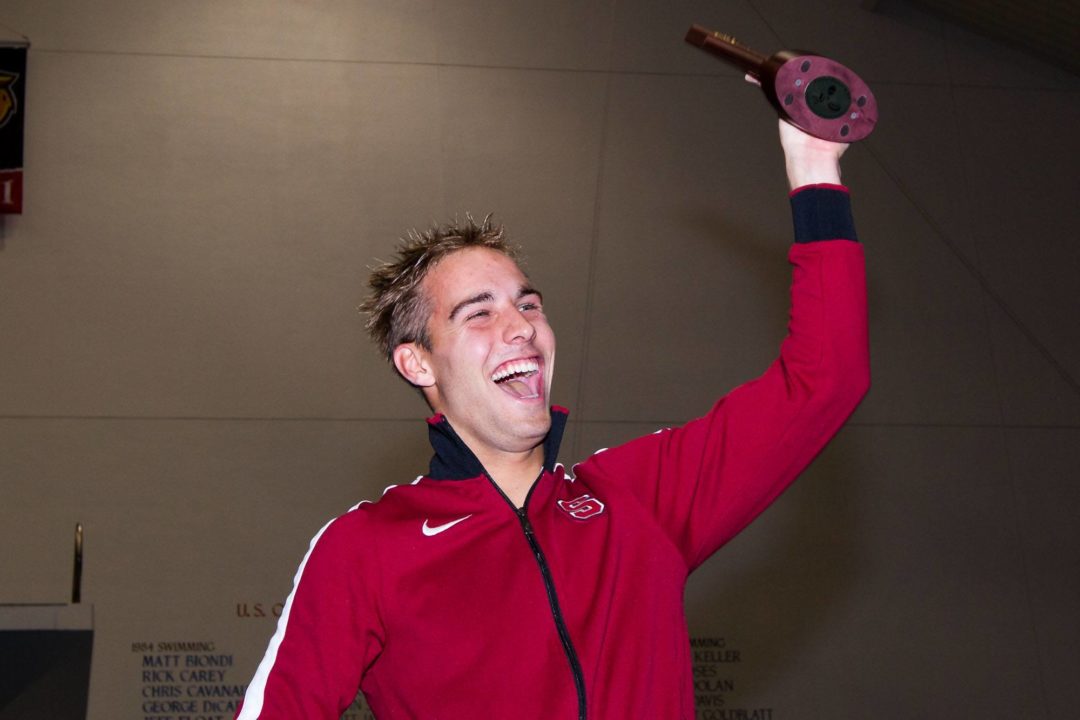 NCAA diving champion Kristian Ipsen has already booked his ticket to the 2015 World Championships. More will have the chance this May in Bloomington, Indiana. Archive photo via Tim Binning/TheSwimPictures.com

Competition will be conducted May 15-17 at Indiana University’s Counsilman-Billingsley Aquatic Center.
The final eight spots on the World Championships team will be selected at the trials, with two spots up for grabs in each of the men’s and women’s 3-meter springboard and 10-meter platform events. USA Diving will select its synchronized teams for the World Championships at the Synchronized Diving National Championships in Greensboro, N.C., from April 9-12.
The World Championships are set for July 24-August 2 in Kazan, Russia, and will be the first major opportunity for countries to qualify for the 2016 Olympic Games. The top 12 finishers in each individual Olympic event will earn quota spots for their countries, while the top three teams in each Olympic synchronized diving event will qualify their countries for the Games.

Above is a press release from USA Diving.