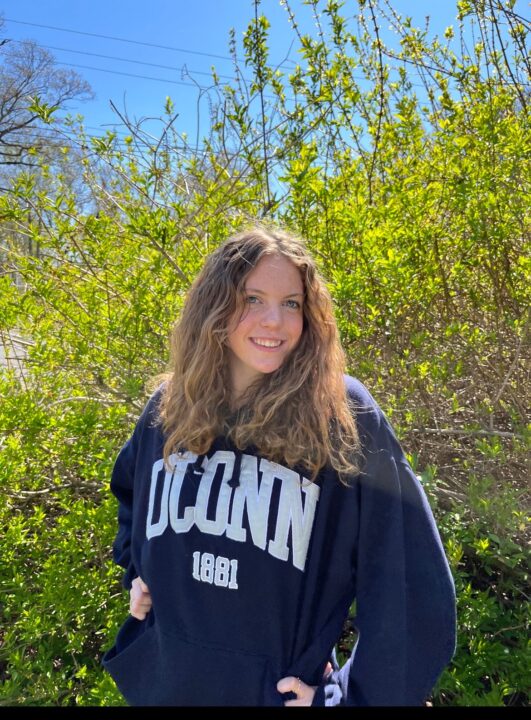 UCONN has scored a verbal commitment from Bridget David for the 2023-24 season. She is expected to be a top distance swimmer for the Huskies. Current photo via Sally Davis

Bridget Davis has announced her decision to swim for the University of Connecticut beginning in the 2023-2024 season. She is a rising senior at Union Catholic Region High School and she swims year-round with the Fanwood Scotch Plains YMCA.

I am very excited to announce my verbal commitment to study and swim at the University of Connecticut (Class of 2027)I would like to thank my family, specifically my parents for their unwavering support as well as my brother and sister. Special thanks to American College Connection for their exceptional assistance throughout this process.  I am so grateful for the guidance from my friends and teammates at FSPY and Union Catholic. Lastly thank you to all of the coaches I have met on my journey who have believed in me. #rollskies

Davis most recently competed at the YMCA Short Course National Championships at the end of March. She swam the 200, 500, 1000, and 1650 free, picking up personal best times in each event. She went home with a bronze medal and a 2022 Winter Juniors cut in the 1000 free (10:03.12). She dropped 7 seconds from her previous time, which she had gone earlier in the month.

Davis was a two-time individual runner-up at the 2022 Union County Swimming Championships. She competed in the 200 and 500 free, taking silver in both events behind Summit High School’s Dagny Donaldson. She was also a member of Union Catholic Region High School’s 200 medley and 200 free relays, which both finished fourth. Davis holds school records in the 200 and 500 free and the 200 medley and free relays.

Davis is expected to join the Huskies in the fall of 2023. The University of Connecticut was runner-up at the 2022 Big East Conference Championships. Davis’s top times could help UConn as they aim to overtake Villanova at future conference meets. Her 500 free would have earned her a spot in the A-final and her 1650 time would have placed her in the top 16 at the 2022 conference meet.

UConn has already received verbals from Olivia Herbert and Emma May for its class of 2027.