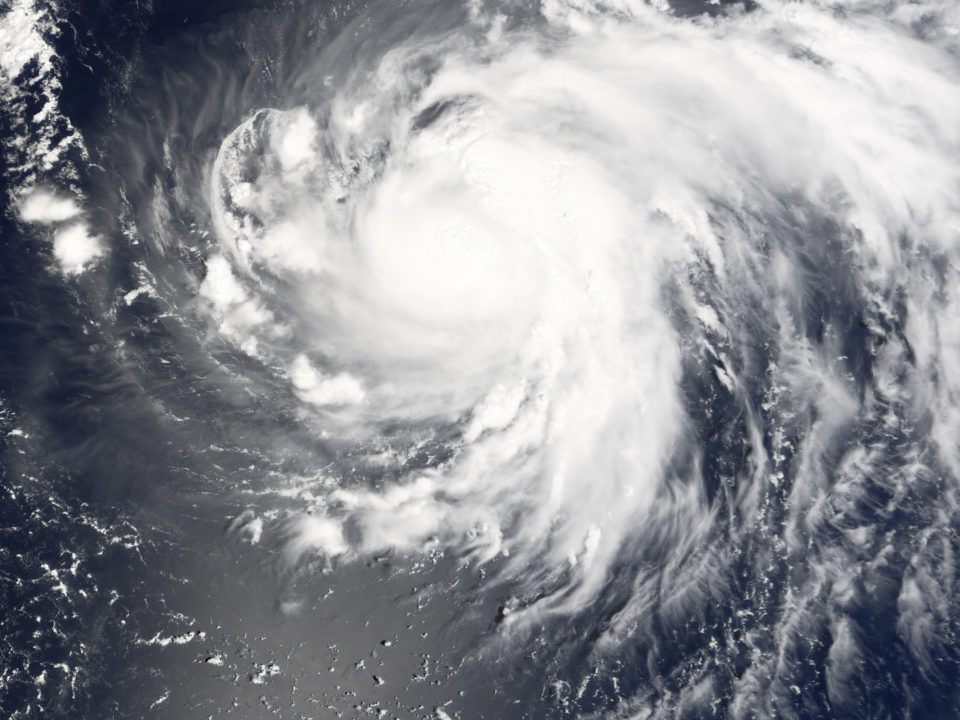 Typhoon Shanshan is bearing down on Tokyo as Pan Pacs are set to begin. Current photo via NASA

Tokyo has been hit with a record-setting heat-wave this summer has already killed more than 100 people, and now they’re about to face another weather disaster. Typhoon Shanshan is bearing down on the Japanese capital, currently carrying sustained wins of 126 km/hour (80 mph), which is expected to increase to 144 km/h (90 mph) by the time the storm makes landfall in Japan.

The storm is currently considered a “Strong” typhoon, which is the second-weakest category on the Japan Meteorological Agency’s (JMA) scale. It’s the equivalent of a Category 1 storm on the Saffir-Simpson scale that will be more familiar to residents of the United States.

The storm is currently 1,150 kilometers southeast of Tokyo, and is moving north-northwest at 20 km/hour. The JMA currently projects that the storm will make landfall near Tokyo on August 9th – which is also the first day of the 2018 Pan Pacific Swimming Championships.

This storm comes on the tail of temperatures in the country that hit a record 41.1 degrees Celsius in late July (106 Fahrenheit). Record rains in early July killed more than 200 people in western Japan, with transportation to the region still disrupted as a result of that storm. If Shanshan continues on its projected path, it will be the 2nd typhoon to make landfall in 2018, after Typhoon Jongdari hit late last month.

We have asked USA Swimming if they have a contingency plan in place for a potential typhoon situation. A spokesperson for the organization tells SwimSwam that they are currently en route to Japan and will connect with the team upon arrival regarding the plan.

Although at the moment the storm is weakening and each forecast has moved it slightly further east (good) this is the 2nd typhoon to threaten Tokyo in 2 weeks. The Olympics will be held the same time of year with a lot more outdoor events and people..

Also the open water venue is on the tip of land south and east of Tokyo closer to the storm’s track and right on the ocean. The storm will have passed by then, but if it drifts to the west side of track would pass very close (or over) as a currently forecast tropical storm and wonder what kind of damage to the docks, etc. could occur.

if anything, it will bring cooler temperature.. so thats nice.

Well the storm strengthened instead of getting weaker and track drifted further west in past couple of updates. Supposed to start weakening now, but still forecast at Typhoon strength right near the coast NE of Tokyo. Could get dicey.

Largest earthquake what hit directly in Tokyo. This was magnitude 8,2. This also triggering large tsunami just like Kanto 1923 https://en.wikipedia.org/wiki/1703_Genroku_earthquake

Buildings is strongest in world but these earthquakes is too large.