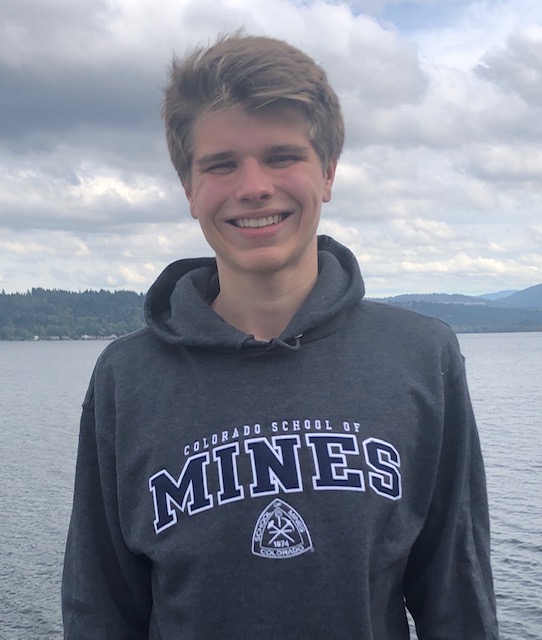 Backstroke and IM specialist Jarod Schahrer will join an impactful class of 2025 with four conference-scoring times, all in A-final territory. Current photo via Jarod Schahrer

Jarod Schahrer has committed to swim for the Colorado School of Mines in Golden, CO for the fall of 2021. He hails from Bellevue, WA and swims for the Seattle Metropolitan Aquatic Club.

Schahrer had a stellar high school season in 2020 while representing Sammamish High School. During the state championship, he was a double champion in the 100 back and 200 IM, finishing in a 51.6 and a 1:54.2, which were just off his personal bests. His lifetime best in the 200 IM actually came from the district meet the month prior, where Schahrer threw down a 1:53.7 to take the win by over 6 seconds.

Although his club season in 2020 did not include a championship season meet, he had a successful Sectionals the year prior for SMAC, where he swam both IM and backstroke events, along with the 100 free and 200 fly. He made finals in the 200 back and nabbed a lifetime best by six tenths. He gained additional personal bests in the 200 fly and 200 IM by around two seconds and one second, respectively. His 200 IM is particularly fast-improving, since his time of 1:57.7 was his first under 1:58, and he went on to drop that by 2 seconds in December and another second and a half in February.

The Colorado School of Mines is a Division 2 school in the Rocky Mountain Conference, alongside many in-state schools, with a few others from Oklahoma. Last season they finished 2nd to Colorado Mesa University.

Schahrer is a strong addition to the Orediggers’ IM group. When compared to last season’s roster, he would have ranked 4th in both events. He’ll also be one of Mines’ top backstrokers, among a cluster of 51s in the 100 and accompanied in the 200 by a 1:51 and a 1:53.

He also makes an immediate impact at the conference level. At the 2020 edition, he would have made A-finals in both backstroke and IM events, finishing as high as 4th in the 100 back. Schahrer would currently slot into the 200 and 400 medley B relays, although Jerry Birnbaum, the current backstroker for both medley A relays, will have graduated by the time Schahrer enters his freshman year.

Along with Schahrer, the Orediggers will gain Michael Kietzman, Owen Nord, Ronan Lauinger, and Andres Saa in the Class of 2025.