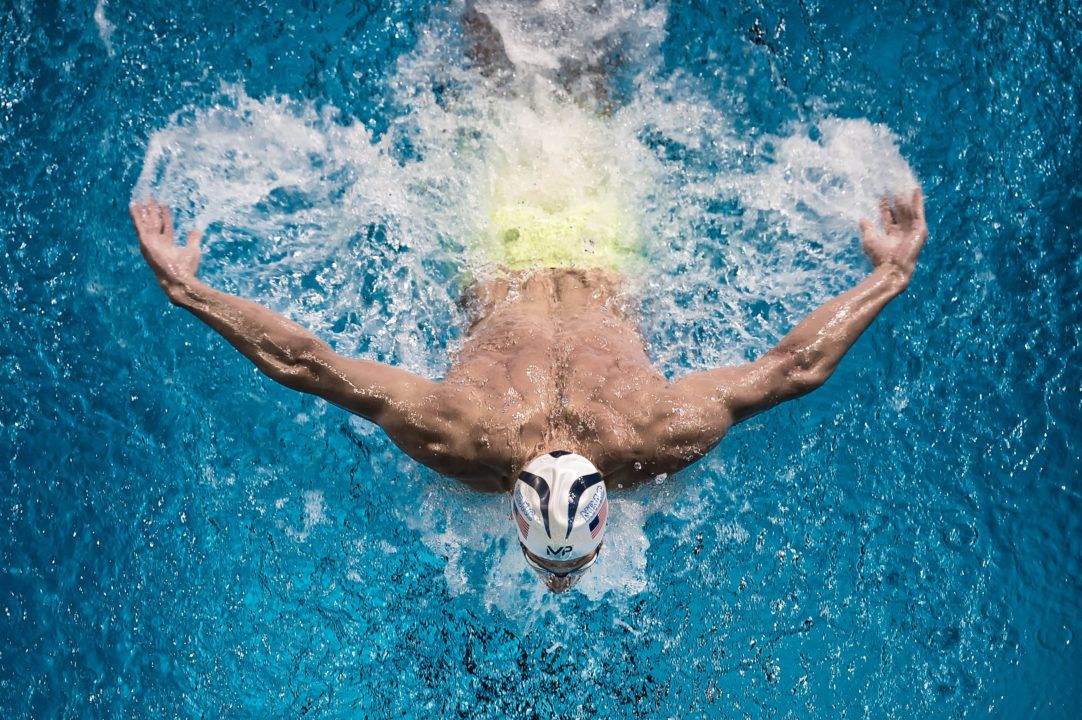 Today Michael Phelps was live from San Antonio where the Olympic Team is training until the 21st. The video features Tony Parker and Allison Schmitt. Archive photo via Mike Lewis/Ola Vista Photography

The video starts out with Michael and Tony Parker as they discuss the fun practice they just had. Tony joined the team in the water for a power practice and was even pressured into using a parachute. Phelps claims that Tony is a natural breaststroker and that he jumped off the 7 meter.

Most of the video consists of Michael introducing different team members to the Facebook audience. Phelps tells the viewers that he does not in fact play Pokemon Go and hopes to see Boomer one last time before Rio.

On the bus ride, Schmitt talks about that she is most excited for the chance to have a fun and once-in-a-lifetime experience in Rio. She also admits that her favorite sports team is the Pittsburgh Penguins and that she does not currently have a boyfriend.

The Olympic Team will be training in San Antonio until July 21st before heading to the 1996 Olympic pool at Georgia Tech in Atlanta, Georgia. Atlanta was named as the new site for the team’s final pre-Olympic preparations after the originally-planned site in Puerto Rico was scrapped over Zika concerns.

So cool. Love these videos

Hey Damian, any promising Polish swimmers we need to watch out for Rio?

I love the nicknames Gunny Bunny and Pebbles!

Is the French team training in the U.S.?

They are in France right now and go to Porto Alegre on July 24th until August 3rd.

Not sure why Bobo always gets downvotes on his comments, regardless of opinion or fact. I can see people up/downvoting based on agreement/disagreement when he posts opinions (i.e. race picks, predicted times, etc.) but I don’t understand why he gets flak when answering someone else’s question in such a straightforward manner.

I wouldn’t worrying much about these votes (both negative and positive) unless I know who votes. Or if the voting remains anonymous it will be nice at leat to have some statistics of voting frequency. For example, if someone makes a post I would like to know if this person is an active voter, or s/he does it occasionally or never. If see that respectful people do bother to vote I will take this voting stuff seriously as indicator of the quality of desirability at this site of my postings. Otherwise I don’t care if those numbers reflect anything.
***********
This is how i estimate if the article can be of any interest to me before actual reading:

I wish Facebook pay Jimmy Feigen 200K to do the same vid series.

These videos are cool but I hope MP is 100% focused on his training.

Weird to see no French sport website talk about TP training with MP so far. Looks like they are not aware.

Turning on his phone and communicating with fans for 5 minutes every other day will surely rob him of the chance winning gold in Rio.

It’s time for Tim Duncan to reconsider swimming, now that he is retired from basketball