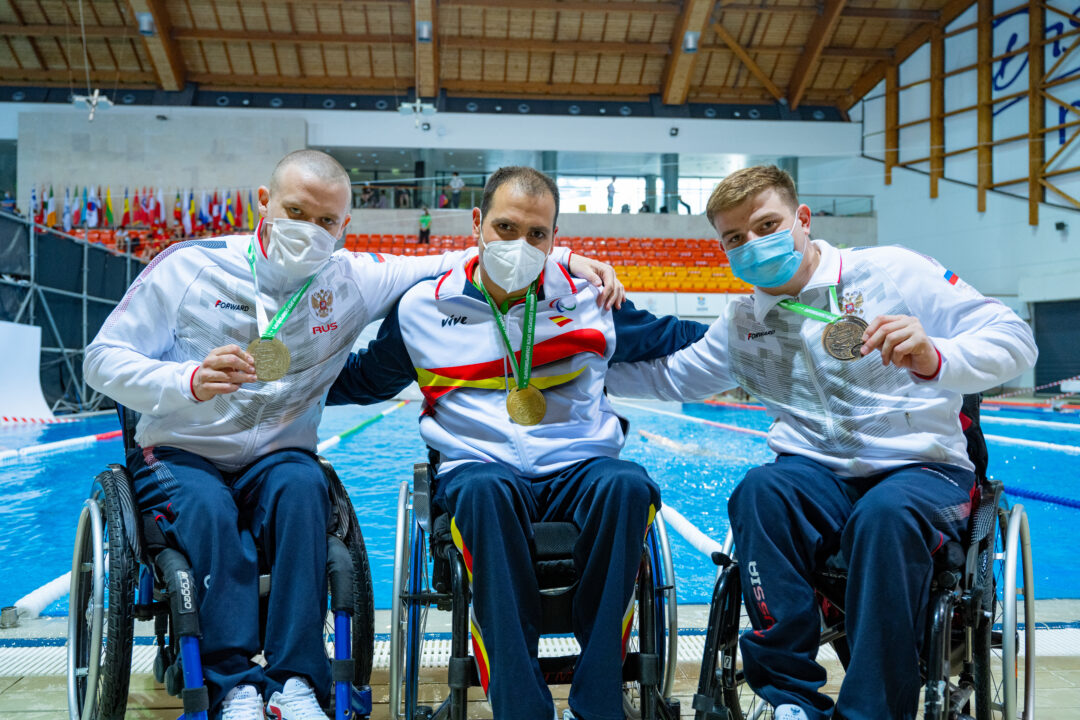 A whopping 13 Paralympic records and 9 World records were re-written during the fourth day of the Tokyo Paralympics. Among the event highlights, the SB5 men’s 100 breast Paralympic record from 1996 was taken down in prelims before a different swimmer re-wrote it in World record-fashion. The S14 mixed 4×100 free relay World/Paralympic records bit the dust while a trio of continental records followed the winning relay.

In the SB6 men’s 100 breast, Aussie Matthew Levy qualified third into the final with an Oceanian record of 1:22.65.

Another Chinese swimmer taking down a record during day 4 prelims was Wang Xinyi, who took down the S11 women’s 100 back Paralympic record at 1:17.66.

Claiming the bronze medal in the SB6 men’s 100 breast with yet another Oceanian record was Aussie Levy, clocking in a time of 1:21.10.

Brit Summers-Newton re-wrote her own Paralympic/European records en route SB6 women’s 100 breast gold with a time of 1:32.34, taking 0.78s off her prelims records.

Placing fourth in the SB5 women’s 100 breast final with a new Asian record was China’s Song Lingling at 1:43.73.

Great Britain wrapped the fourth finals session with a new World and Paralympic record in the S14 mixed 4×100 free relay, courtesy of Reece Dunn, Bethany Firth, Jessica-Jane Applegate, and Jordan Catchpole. Three more continental records were also taken down. According to the World Para Swimming records database, Brazilian Gabriel Bandeira led off his relay in a 51.11, which took down the individual 100 free 2019 World record of 51.52.

Nick, bandeira opening leg of the 4×100 free is not recognized a New 100m free WR but is faster than the current WR by dunn