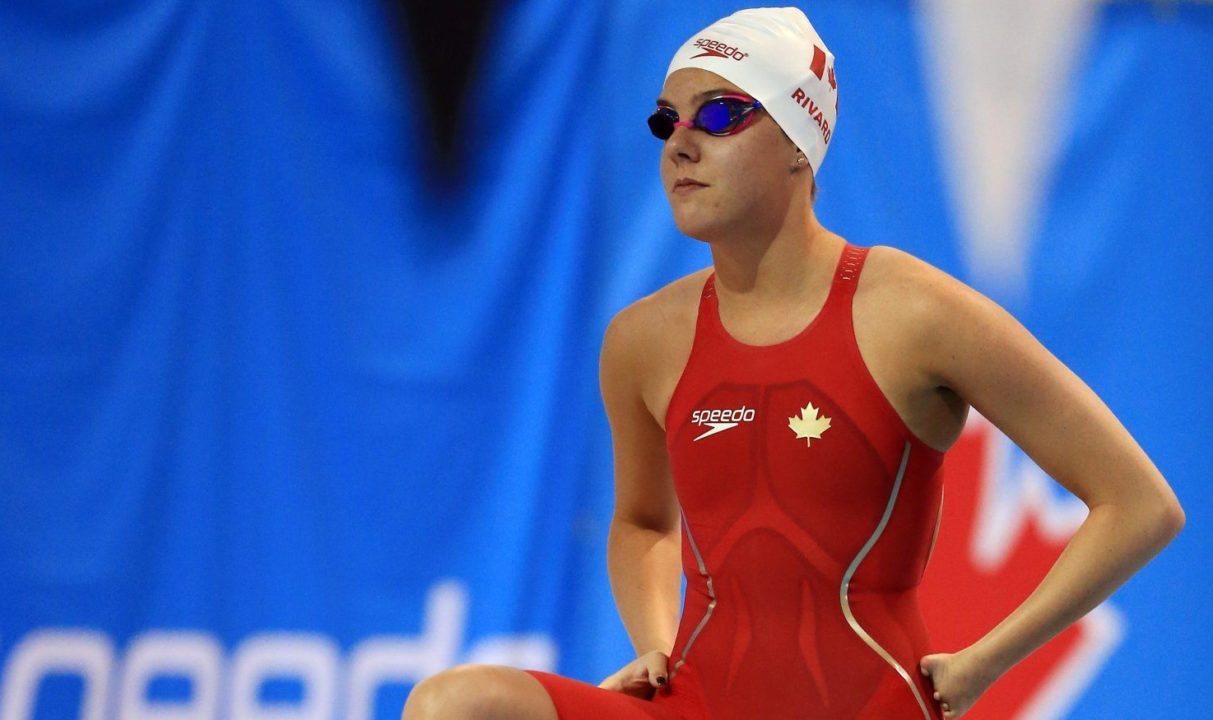 Canada's Aurelie Rivard and China's Liu Yu were the two World/Paralympic record-breakers during the fourth prelims session of the Tokyo Paralympics. Current photo via Swimming Canada

After taking bronze in the 50 free, Canada’s Aurelie Rivard kicked off her S10 women’s 100 free Paralympic campaign with a prelims World/Paralympic record sweep of 58.60. Rivard held both the former World (59.17) and Paralympic (59.31) records.

Another Chinese swimmer taking down a record during day 4 prelims was Wang Xinyi, who took down the S11 women’s 100 back Paralympic record at 1:17.66.

The fifth Paralympic record of the morning prelims in Tokyo was re-written in the SB5 men’s 100 breast, where Spain’s Antoni Ponce Bertran crushed the 1:31.50 former mark with a 1:26.72. Ponce Bertran currently holds the world record at 1:25.46 from May of this year.