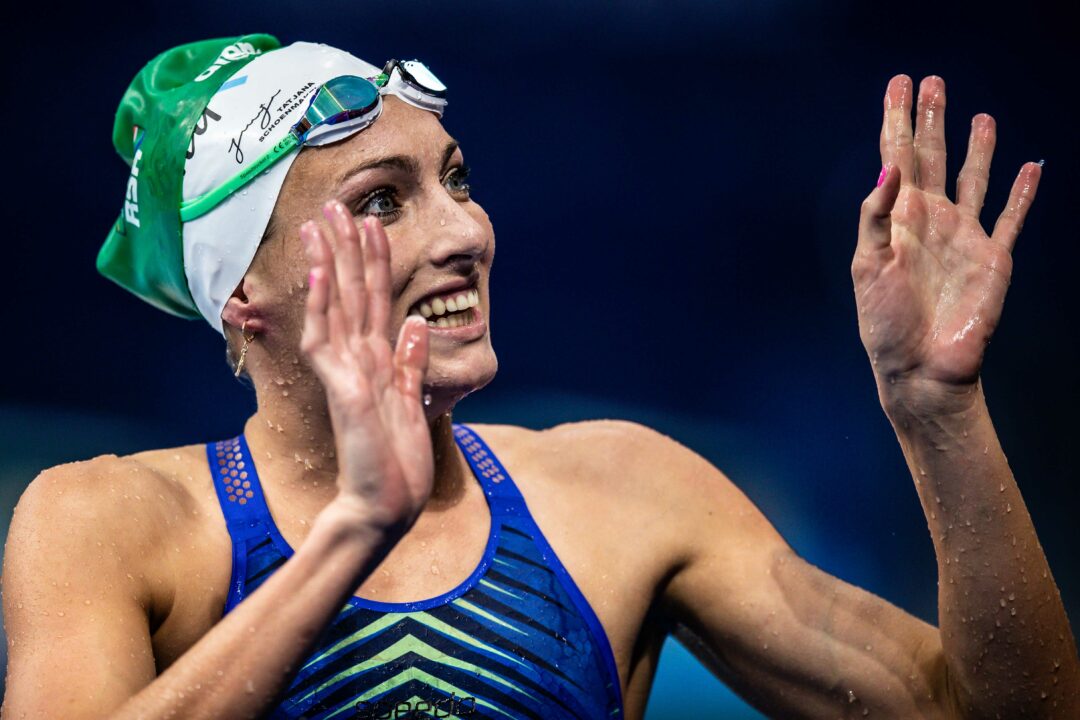 After sending zero women to swim at the 2016 Games in Rio, the South Africans have their first female Olympic medalist in the pool in 21 years here in Tokyo.

Tatjana Schoenmaker came into the women’s 100 breaststroke final as the favorite in the eyes of many, having paced the field through the heats and semis, including setting a new Olympic and African Record of 1:04.82 in the preliminaries.

Defending champion Lilly King of the United States was expected to be Schoenmaker’s only challenge, but it turned out to be the other American, 17-year-old Lydia Jacoby, who picked up a surprise gold in a time of 1:04.95.

Schoenmaker edged out King for the silver in 1:05.22, a massive breakthrough for South Africa and African swimming in general.

The 24-year-old becomes the first South African woman to win an Olympic swimming medal since 2000, when the country’s legendary breaststroker Penny Heyns won bronze in the 100 breast.

Heyns also won double gold four years earlier in 1996—the last time a woman swept the breaststroke events at the Olympics—something Schoenmaker was in contention for coming into tonight’s final.

And although that will no longer come to fruition for Schoenmaker, her form in the 100 breast says that she should remain the pre-race favorite in the 200, where she’s the top-seeded swimmer by six tenths of a second.

The last African woman to win an Olympic swimming medal was Zimbabwe’s Kirsty Coventry, now the Chairperson of the IOC Athletes’ Commission, who won four of her seven career medals at the 2008 Games in Beijing.

Genuinely think she would’ve won if her cap fell off

Well, she has the 200m race in her program to repeat successfully this trick 😀
I believe this race will be as much exciting as today’s one.

Great swim and she seems like a nice person.