Rylov Takes Down 100 Back European Record En Route To Gold 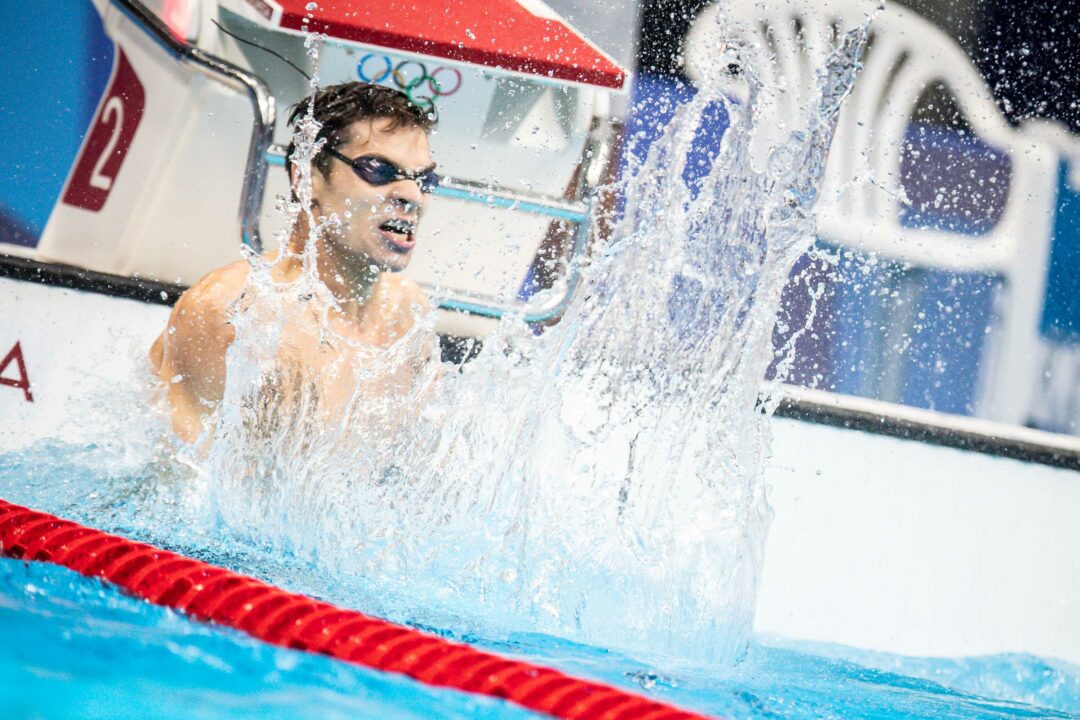 Not counting the American-boycotted 1980 Olympic Games in Moscow, Russia, the men’s 100m backstroke here in Tokyo saw a non-American male win the event at an Olympics for the first time since 1996.

Topping the fast and furious final was Russian Evgeny Rylov, representing the Russian Olympic Committee (ROC) due to the nation’s doing violations.

Rylov registered a mark of 51.98, the only sub-52 second time of the field. The Russian posted an opening split of 24.96 and closed in 27.02 to grab the gold and put an end to the United States’ illustrious run.

Behind him was compatriot Kliment Kolesnikov, while American and defending gold medalist from Rio Ryan Murphy rounded out the top 3.

In addition to taking gold, Rylov snagged a new Russian national and European Continental Record in this men’s 100m back. His 51.98 mark here overtook the previous longstanding standard of 52.11 Frenchman Camille Lacourt produced way back in 2010 as the ER. The previous Russian standard stood at the 52.12 Rylov logged at the Russian Championships earlier this year.

Those records came in spite of the fact that technically, the swim was not his best time. He was 51.97 in 2019, but that was on the leadoff leg of a mixed medley relay. Most organizations do not recognize leadoff legs of mixed-gender relays as records, including LEN, which keeps the official European Records.

As such, Rylov is the first Russian to dip under the 52-second threshold in the event. He checks in now as the world’s 4th-fastest performer of all time.

Kolesnikov missing out on gold due to his reaction time, Rowdy is vindicated

Not counting the American-boycotted 1980 Olympic Games in Moscow, Russia, the men’s 100m backstroke here in Tokyo saw a non-American male win the event at an Olympics for the first time since 1956.

Am I reading this wrong or is this just an incorrect statement, since a Canadian won in 92, Japanese in 88, German in 72 and I think 68 as well??

They probably meant 96 and it’s a typo

I was looking for a video of this final, but didn’t find any but one which was not a complete video. Then I saw a video of 1992, I clicked, because I wanted to know the process how Mark Tekwsbury of Canada beat the USA favorite Jeff Rouse (world champion at Perth 1991). Uh… what an upset, in similar process like 4 years before when Daichi Suzuki of Japan upset David Berkoff in the last stroke.

In 1988 and 1992, we also saw two non-American won 200m backstroke : Igor Polianksy of USSR and Martin Lopez Subero of SPAIN.
I have been waiting for another elite male swimmer from Spain since then. Rafael Munoz gave hope around 2009 in butterfly, but then disappeared after WC 2009.

And how does allowing Russian swimmers a side-door into the Olympics help the movement or the sport in general?

Looks like people really don’t care about that stuff anymore.

Yep, it’s a race to the ethical bottom and there are very few spectators and shouts from the stands are not allowed or ignored.

Mentioning for the correction: it says Rylov is the 5th fastest performer of all time even though the list correctly has him as 4th. And then in the list, it says Xu’s time is from 2009 when it’s from 2017. I appreciate the hard work and speed with which all these articles are being put out!