Titmus Tending To Shoulder & Opts Out Of Aussie Camps 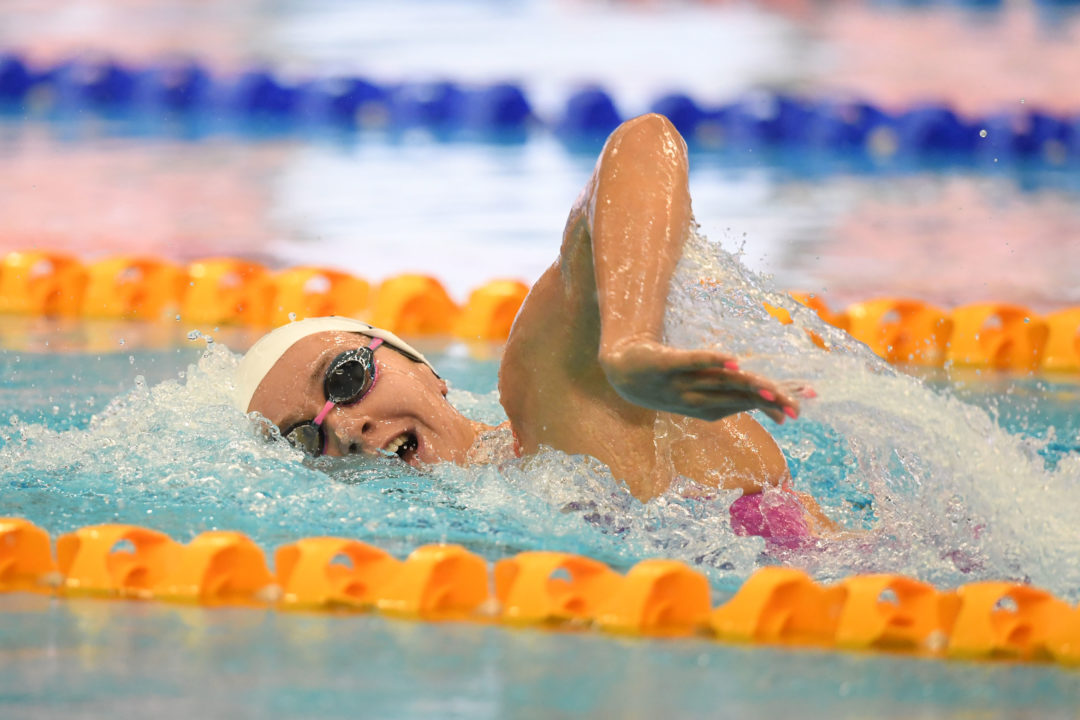 World champion Ariarne Titmus of Australia has revealed she will be opting out of the Dolphins' high-intensity camps due to an injury. Archive photo via Swimming Australia/Delly Carr

On the heels of Swimming Australia outlining its 2021 national team camp schedule, world champion Ariarne Titmus has revealed she will be opting out of the high-intensity event due to an injury.

As reported by The Sydney Morning Herald, 20-year-old Titmus is tending to a shoulder injury, with her absence from the 10-day camp led by her coach Dean Boxall as a ‘minor setback.’ She’ll remain in Brisbane as opposed to attending one of the 9 specialized national camps designed to foster both speed and team bonding.

You can review the entire camps’ structure for 2021 here.

“Ariarne is currently managing a minor left shoulder complaint. As the National Event Camps will consist of a lot of high-intensity training sessions, the decision was made for her to remain in her home program to continue with her own structured rehab plan,” a Swimming Australia spokesperson said. (SMH)

At the 2019 FINA World Championships in Gwangju, Korea, ace Titmus became the first woman to defeat American freestyle legend Katie Ledecky in a distance race (400 meters or longer) at a major international meet. Titmus took the 400m free gold in Gwangju, becoming just one of only 3 women to have ever broken 4:00 in the event at the time.

Titmus last raced at the Queensland Championships last December when she logged a big-time 1:55.93 in the women’s 200m free, the 7th fastest time of her career and the 2nd fastest time in the world this season.

In all fairness, KL was also already quite sick when she swam that 400, & Titmus only touched her out.

Um… Ledecky was at Titmus’ ankles at the touch…
All very well trying to be fair to Ledecky – but be fair to Ariarne as well while you’re at it.

Yeah touched her out by more than 1.2 seconds .., we all know how much margin that is in swimming right ?

Does anyone know when Ledecky is scheduled to compete again?

Yes, she won, we all recognize that. I think swim fans want to see the battle when both competitors are 100%. Hopefully in Tokyo!

No question Titmus is a rising talent, she is quite good. And yes, the real test will be when both are healthy & 100%. Hopefully in Tokyo! An exciting prospect.

Quite good is a slight understatement.