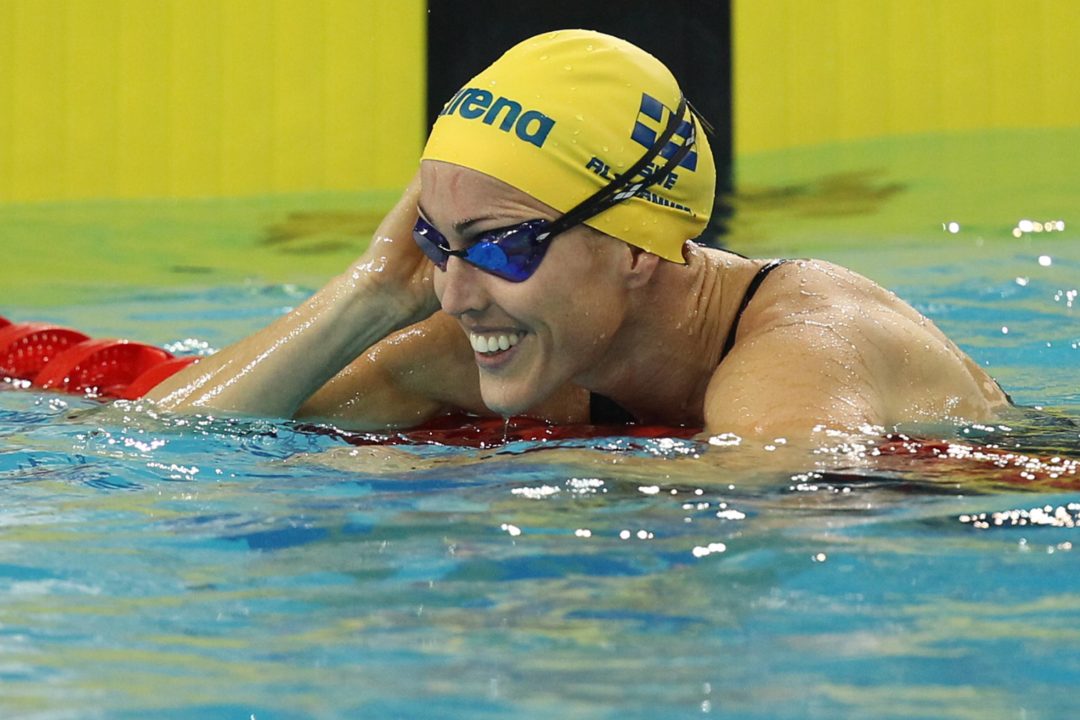 Swedish swimmer Therese Alshammar is planning her return to competitive swimming in June at the Mare Nostrum series, with a goal of making the European Championships.

The one title that has still alluded one of the best pure sprint butterfliers/freestylers in swimming history is an Olympic gold. She’s got two silvers and a bronze from Sydney in 2000, but hasn’t counted out the possibility of getting the elusive gold in Rio.

“It is not over until you really give up. In Rio, I hope I’m ready,” says Alshammar.

Alshammar has committed to make her comeback to competitive swimming at the Monaco stop of the three-meet Mare Nostrum series on June 7th and 8th. Monaco is the first stop on this year’s series, and offers prizes of 330 € for each event, plus record bonuses and a 600 € prize of the “Speed tournament” in which Alshammar should be a factor. In total, 50,000€ ($68,040) is up for grabs in Monaco.

Alshammar’s last meet was the 2012 stop of the FINA World Cup series in Stockholm, where she won both the 50 fly and the 100 fly (the latter in a cracking 56.68 in short course meters).

Since then, she has given birth to son Fred on June 1, 2013, along with partner and coach Johan Wallberg.

She is a class act and I bet she is as good as ever. The Mare Nostrum series should be a good one this summer …looking forward to it.

Good on her for prolonging her stellar career for such a long time! I’m looking forward to seeing what time she will post at the Mare Nostrum series.