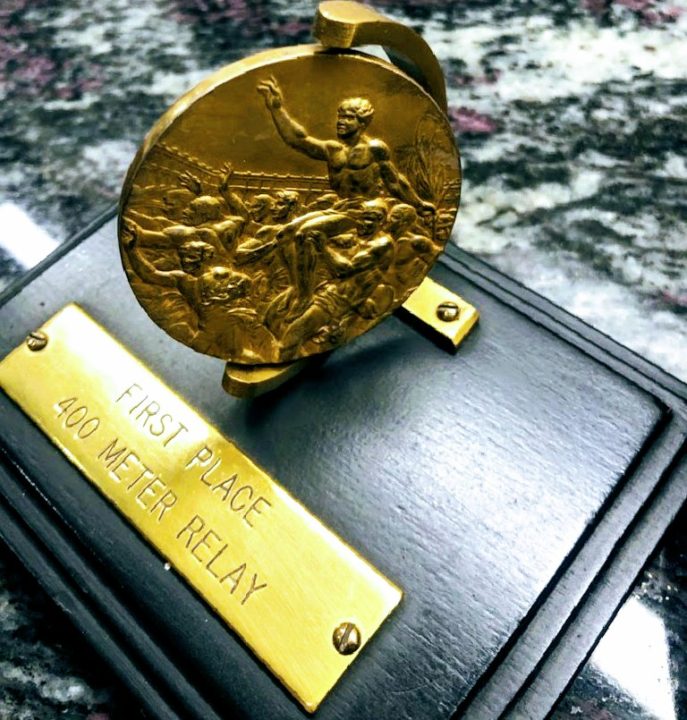 The documentary "The Weight of Gold" shows there is a pressing need for mental health resources to be implemented in pursuit of optimal performance.

In 1948, Marie Corridon Mortell swam a leg on the winning USA Women’s 4x100m freestyle event in London, England. Following in my mother’s footsteps, I also became a competitive swimmer, and inherited the Olympic gold medal she won. With great coaching, I began competing on the national level at fifteen years old. I went on to achieve sixteen NCAA All American awards representing the University of Miami as well as participating in the 1984 Olympic Trials.

From time to time my mother would offer some tips. As I was approaching retirement, she said to me, “There is life after swimming.”  After I hung up my suit, I discovered that crossing that bridge would be a long and difficult process. Who am I outside being a successful athlete? Why do I feel depressed, confused, and afraid to step out and join the human race? It became clear that I needed professional guidance to help me address these important questions in order to make it to the other side.

Recently my family and I watched the documentary The Weight of Gold. It featured Olympic Champions who courageously shared their stories of progressing to and competing on the World Stage, all the while silently bearing the weight of untreated mental illness. This included post-Olympic as well as retirement periods. It was most impressive to see such a sincere desire to help other athletes, who could learn from their experiences. This documentary put a crack in the longstanding stigma surrounding Olympians and other elite athletes expressing the need for mental health support.

There is a pressing need for mental health resources to be implemented within a comprehensive training plan. Only from this framework will a healthier experience of achieving personal best performances take place. A simple concept such as “it is okay to not be okay” was proposed as a tool in finding wholeness. Discovering one’s own terms for competing and when the time comes, retiring was showcased as perhaps the greatest reward of all.

After watching The Weight of Gold, a spontaneous conversation related to the content broke out among my niece and nephews, all outstanding athletes themselves at different stages. This rippling effect reflected the power of conversation to initiate positive change in sports as well as in our culture at large.

Swimming, more than any other sport, requires 100% commitment for years just to be competitive. The best coaches and programs recognize this psychological development risk and help their swimmers achieve balance between swimming, school, and social life. If your club team is not doing this, find a new club. If you are considering swimming in college, ask the coach and current swimmers about life balance within the program.

more than any other sport?

Maybe gymnastics is on par with swimming, but the time commitment even for average competitive swimmers is off the charts.

I’ve never understood the obsession with comparing to other sports. I think if swimming focused more on “making our sport better” (improved timing systems, improved tech in general, improved marketing and promotion, improved meet formats, improved PR) and less on just telling people why swimming is better than other sports, then it would do swimming a whole lot more good than these arguments.

Elite athletes in all sports train a lot. It’s not unique to swimming.

Good points, Mr. Keith. I don’t “love” the ISL, but their meet format and other innovations (especially the skins swims) add a lot of excitement to a one hour viewing experience.

Equestrian or any sport involving horses too. Let’s not forget.

What a fun way to display an Olympic medal!

100% agree. As a parent of a D1 athlete, the NCAA stresses how important mental health is right along side athletic health. But oddly enough, the medical insurance that covers our daughter when she is practicing or competing as an athlete for her University – offers NO coverage for mental health. Yes they do have access to TalkSpace, but this is not adequate care for athletes who are dealing with multi level mental health issues. Only those athletes whose parents can afford mental health (around $200 a visit) have access to that kind of necessary care. Something must change. And we are ‘all-in’ to help make that change happe

Unfortunately for these athletes in this day and age they have to deal with even more than just the psychological challenge of balancing swimming, school and social. They now have to deal with the anonymous devastating (many times unjustly) criticisms people feel justified in posting publicly. One small piece of advice to up and coming athletes for preserving your mental health is don’t read the comment section!

@SwimCanada While I generally agree that people shouldn’t read internet comments about themselves, what I don’t understand are comments like yours.

What do elites want from fans? They demand attention, and they complain when they don’t get it. So they just want fans to say “GREAT SWIM!” after every swim, and write checks for whatever the athletes are selling?

That’s never going to work, and will kill the budding ‘industry of swim.’

The true professionals understand that a certain level of criticism is what makes the industry go. Obviously there are lines that shouldn’t be crossed, but I think swimming and swimmers have a long way to go in terms of accepting the critique and criticism along with the adoration… Read more »

I actually agree with you. I’m not talking about the general criticisms. Professional sports (even college sports to some extent) are not for the faint of heart. I’m talking about the keyboard bullies who take it across the line under the protection of anonymity. Im talking about attacks based on conjecture and supposition on people’s character without any factual basis. Criticism isn’t necessarily a bad thing. It’s the over the “certain level” that I am talking about. On a side note I don’t know any elite swimmers who “demand attention and complain when they don’t get it” but my pool of possibilities is pretty small so I could just not know enough elite athletes.

The weight of Silver?