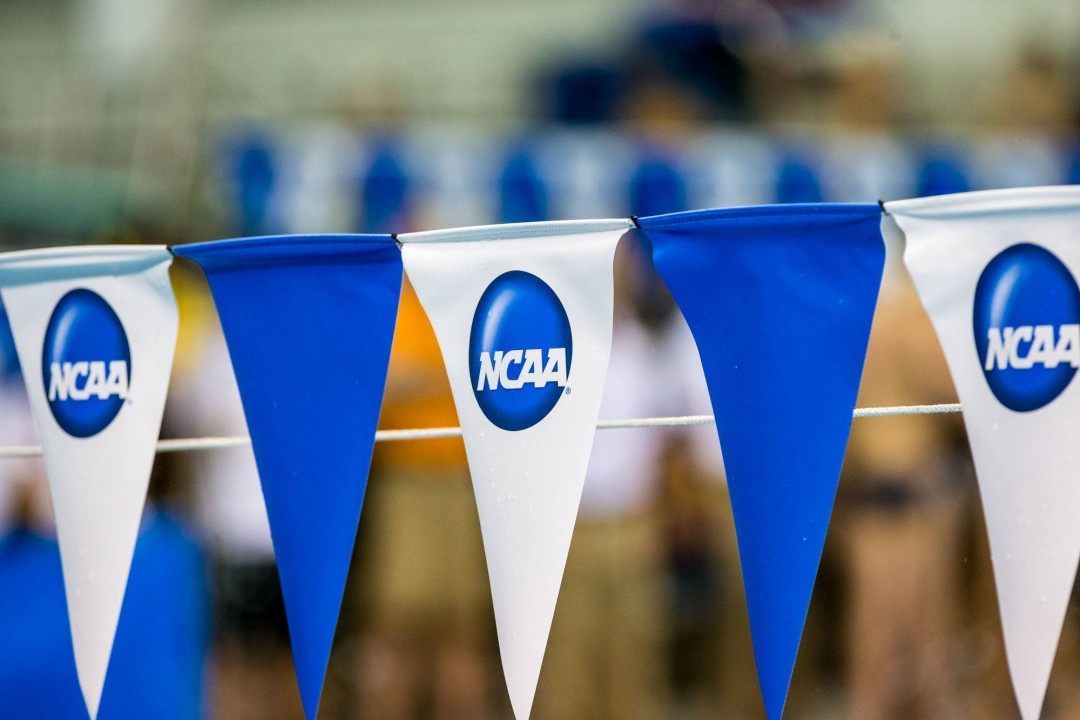 Tennessee leads Alabama at their home pool on the first of a two-day long course dual meet. Current photo via Tim Binning/TheSwimPictures.com

The University of Alabama is hosting a two-day long course meter dual meet at the Don Gambril Olympic Pool with Southeastern Conference foe, Tennessee. Given this is an Olympic year, more NCAA coaches are penciling in long course meets in their schedules to give their Olympic hopefuls more chances to compete in that format. The Crimson Tide and Volunteers squared off this afternoon with a full event lineup and the visiting team finished out day one ahead with a combined score of 220.5 – 146.5. Both teams agreed to use the preliminary diving scores from the Georgia Diving Invite in lieu of hosting diving at the Alabama Aquatics Center.

The Lady Volunteers commenced the weekend’s competition with Harper Bruens and Madeline Banic leading a top-five sweep in the 50m fly with a pair of 27.8’s as Bama senior Brett Walsh (24.23) and NCAA champion Kristian Gkolomeev (24.38) collected the men’s top-two spots. In the 200m free, Emma Saunders and Mary Griffith touched in at 2:05 but Tennessee’s Griffith held off Saunders by .07 the last 100 meters to win the event. Crews Wellford’s 1:54.39 was the first of five consecutive Crimson Tide finishes in the men’s 200m free.

Brittany Gilbert would post a 1:05.83 to prevent a Volunteer sweep in the women’s 100m back as Joey Reilman would inversely prevent Bama from seizing the event with his time of 58.16 on the men’s side. In Reilman’s race, Crimson Tide swimmer Christopher Reid picked up the day’s first Olympic Trials cut at 56.76. In the 100m breast, Bama’s Bridget Blood cleared the field by over two seconds at 1:12.31 while Tennessee’s Ethan Browne (1:03.73) dodged one of Blood’s teammates by .02 and narrowly missed his Olympic Trials cut by .04.

The Alabama and Tennessee diving programs competed their portion of the dual meet at the Georgia Diving Invite earlier this week. The Volunteers rocked both the women’s and men’s 1 meter diving springboard with Rachel Rubadue scoring a 266.15 and Mauricio Robles scoring a 404.60, respectively.

Tennessee continued to show their mid-distance prowess in the 200m butterfly. Both Maddy Tegner (2:16.06) and Sam McHugh (2:04.02) nabbed their corresponding event titles. Bruens returned with teammates Faith Johnson and Alex Cleveland in the women’s 50m free with the only 26’s of the race. Greek Olympian Gkolomeev popped off a quick 22.50 in the men’s 50m free to best Kyle Decoursey’s 23.00. Mia Nonnenberg of Bama clocked a Olympic Trials qualifying standard of 4:50.96 over four Tennessee ladies in the 400m IM. McHugh scooped up another event victory in the men’s race with a six second lead finish of 4:30.60.

The Tennessee quartet of Kira Toussaint, Colleen Callahan, Bruens, and Johnson bested Bama in the 400m medley relay in 4:18.05 while the Crimson Tide men had better luck with Reid, Pavel Romanov, Walsh, and Gkolomeev’s time of 3:46.67. Competition resumes in the morning at 10 a.m. Central with Tennessee in the lead.