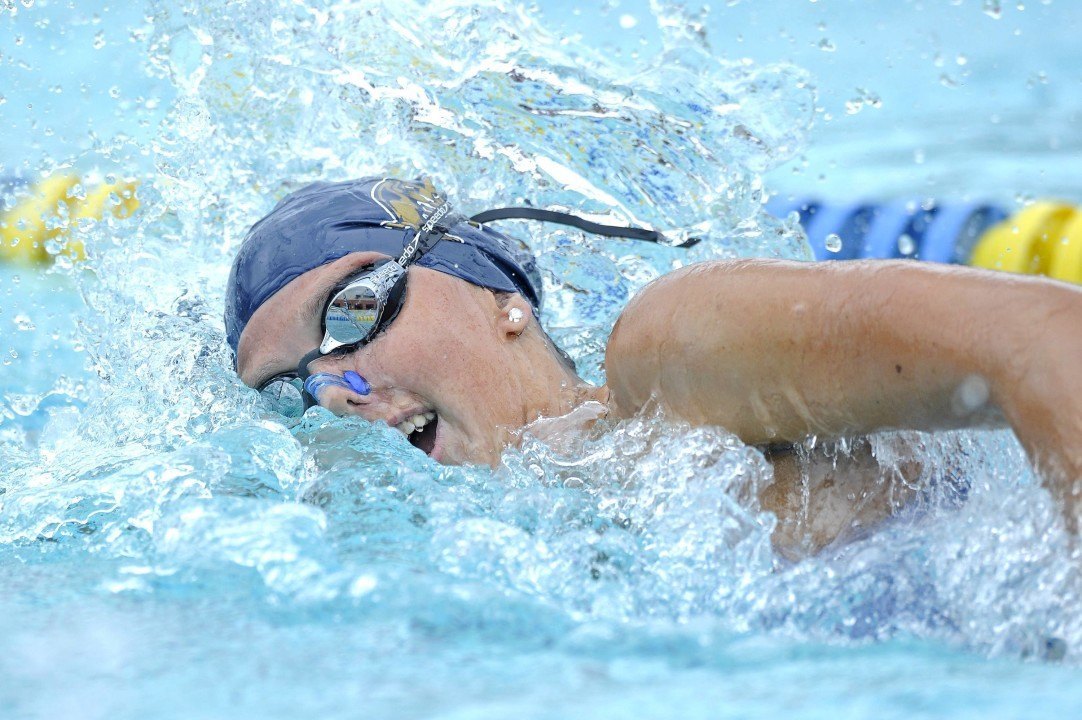 Florida International University hosted a tri-meet in Miami, taking a loss to NC State and a close win against Kansas. Current photo via FIU Athletics

Florida International played host to #19 ranked North Carolina State and #44 Kansas in Miami today, taking a hard 160-126 loss against the Wolfpack but managing to defend their turf successfully against the Jayhawks 150.5-148.5.  NC State also defeated Kansas 161-119.

NC State grabbed the top two overall spots in the 200 medley relay, led by the A squad of Yurie Nakano, Kayla Brumbaum, Krista Duffield and Natalie Labonge who finished over two seconds ahead with 1:42.34.  Kansas’ top relay held off the A team from FIU for the win in their dual with 1:44.57.

While the Wolfpack had a clear lead over both opponents by the end of the meet, the battle between the Jayhawks and Panthers was still on the line as the meet between them was tied with two events to go.  FIU had an opportunity to win by two points, but only if they could manage to take first and third place for the 200 free relay against Kansas.  The Panthers’ A and B squads each edged out Kansas’ A and B head to head for the win, led by a 1:35.82 combined effort from FIU’s A team.  NC State took the top overall time for the event with 1:33.94.