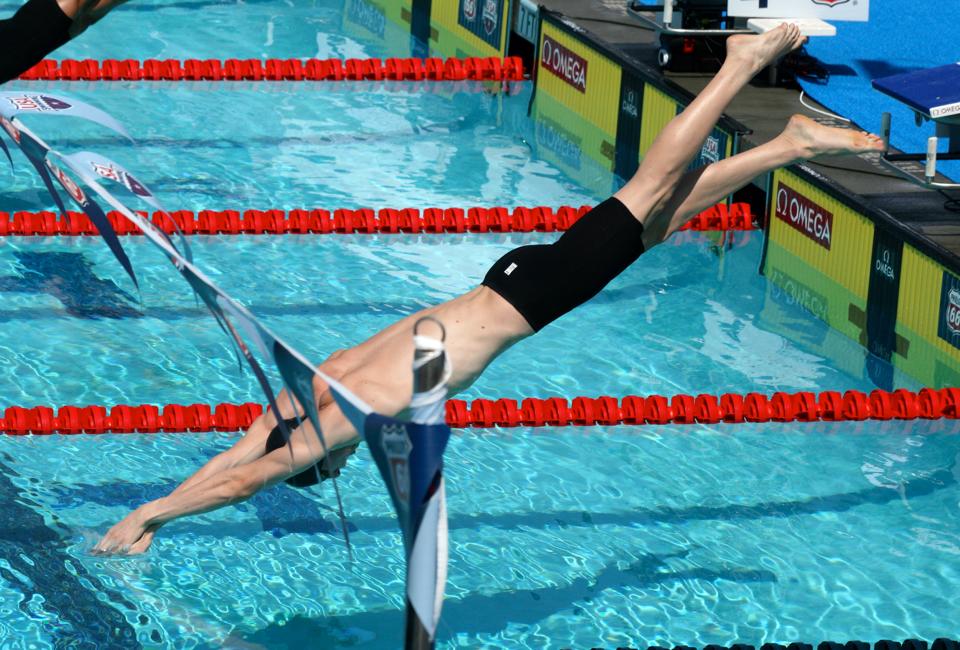 Tate Jackson put up a 41.42 this morning in the 100 free for a new Big 12 Conference, Texas team, and Big 12 meet record. His swim was nearly a second faster than his previous personal best. Current photo via Anne Grieshop

Will Licon Gives Commentary on the Evolution of College Swimming

Licon was excited to finally have feeling and energy in his legs back for once, as the UT pro group will be coming down in training for the Atlanta Pro Swim

Carol Capitani: “We’re Starting to Put Those Pieces Together” (Video)

Coming within .03 of the Texas women team 400 free relay record on the last night of Big 12’s, head coach Carol Capitani likes how the team is looking heading into NCAA’s

Evie Pfeifer: “I Didn’t Really Know What to Expect, We Lifted Monday”

Texas’ Pfeifer completed the distance sweep, winning her 3rd event of the meet as she lapped the field

Though Tate Jackson wasn’t announced as swimmer of the meet until the conclusion of it, Coach Reese told his staff that it would happen well before the meet began

Jackson’s swim today was also the second-fastest swim by an NCAA swimmer this season, which blasts him into the medal conversation for next month’s NCAA DI National Championships. Only Caeleb Dressel has been faster, with his 40.87 from last week’s SECs.

Jackson will try to hold off his teammate Brett Ringgold, who was 41.89 this morning, for the Big 12 Championship title tonight.

Great one/two sprinter punch with Brett. Tate is racking up some A final times

Seven of eight returning from last year’s A-final. Plus Haas, Apple, Jackson, Holoda, Hoffer, Howard, Ress. There could be multiple guys who go 41 in prelims next month and still end up in the B-final.