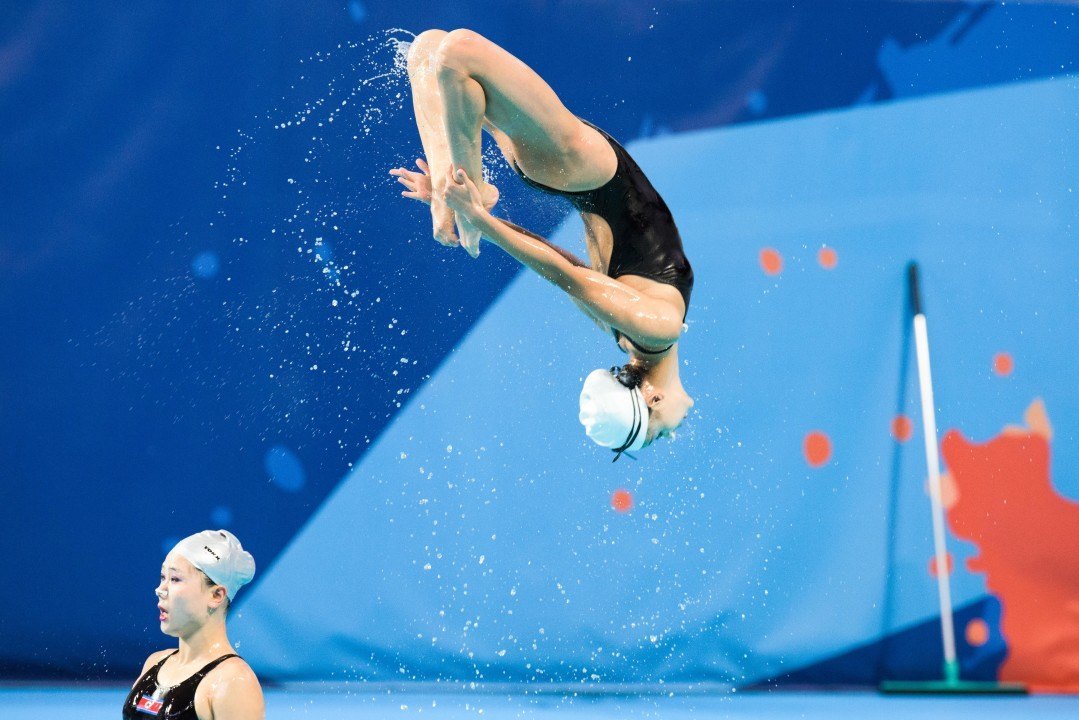 The FINA Synchro World Trophy 2017 kicks-off this weekend in Yangzhou, China, from November 26-27, with six of the world’s... Current photo via Mike Lewis/Ola Vista Photography

The FINA Synchro World Trophy 2017 kicks-off this weekend in Yangzhou, China, from November 26-27, with six of the world’s best teams ready to take on the stage with highly mastered routines.

Yangzhou is located in the middle of Jiangsu Province, in the Yangtze Delta Region, the most dynamic economic circle in China, and is an important port city.

China, Italy, Japan, Kazakhstan, Russia and Ukraine will compete in Yangzhou – a city playing host to the World Trophy for the first time, after two past very successful editions in China, Beijing in 2014 and Shaoxing in 2015.

On Day 1, the Highlight Routine, the Thematic Duet as well as the Free Team Routine will be staged, while Day 2 will see the Mixed Duet, the Solo Exhibition (will not be judged) and the Free Combination Routine.

In addition to the marked events with medals up for grabs, Team China will perform a show on Day 2 and an Awards & Gala will be organised to pay tribute to the athletes’ hard work throughout the year to prepare for this competition.

The prize money for the medallists will be distributed as follows:

Those same three teams will vie again for the title in Yangzhou, which promises a showcase of elegance, technical skill and beautiful routines.