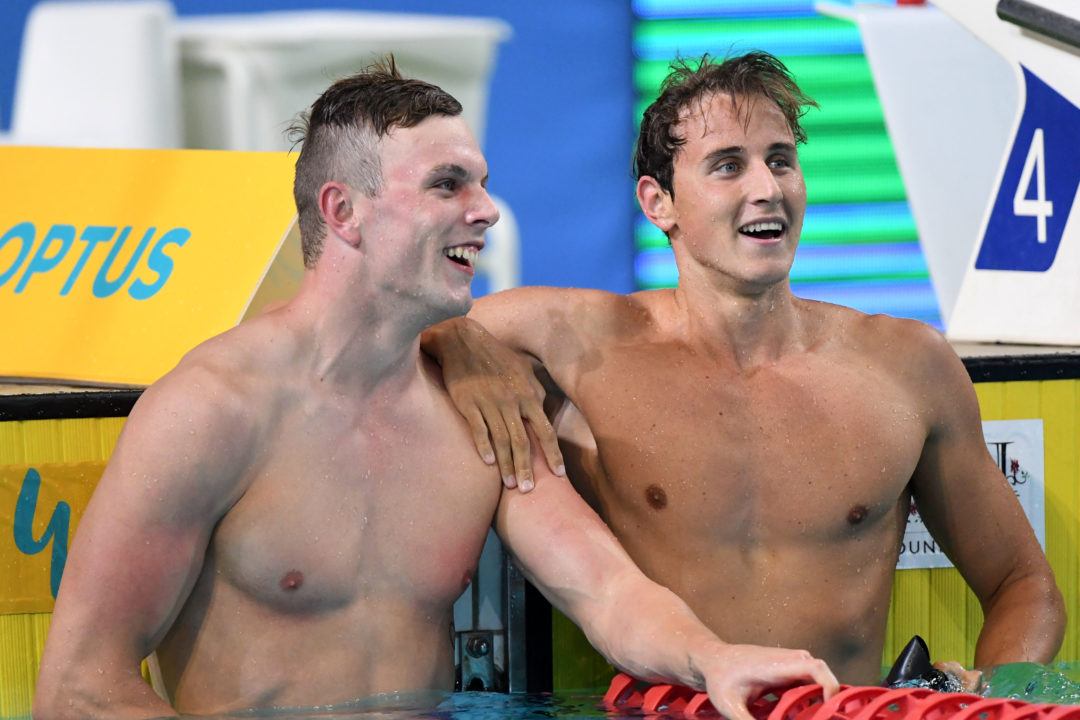 The Pan Pacific Championships and U.S. National Championships are far and away the most anticipated 2018 summer meets for SwimSwam readers, combining for 90% of votes in our most recent poll. Archive photo via Delly Carr / Swimming Australia Ltd

The swimming & diving programs are doing everything in their power in order to have the teams be reinstated.

Our most recent poll asked SwimSwam readers which summer meet they are most excited to follow:

Question: For which summer championship meet are you most excited?

The Pan Pacific Championships and U.S. National Championships are far and away the most anticipated 2018 summer meets for SwimSwam readers, combining for 90% of votes in our most recent poll.

Pan Pacs was the big winner of the poll earning just over 46% of votes compared to 43% for U.S. Nationals. The two were within 20 total votes of one another, a pretty impressive testament to the importance of this summer’s U.S. National meet in a poll against three international competitions.

European Championships only earned about 8% of the votes, and Asian Games lagged far behind with less than 2%. In some ways, that’s reflective of SwimSwam’s readership, which is more centered in the United States. On the other hand, even combining the portion of SwimSwam’s readership from the U.S. and Australia doesn’t come close to the 90% margin of votes procured by U.S. Nationals and Pan Pacs. Meanwhile European countries make up far more than 8% of SwimSwam readership, and Asian countries far more than 1.7%.

The poor showing of Asian Games likely has a lot to do with the shroud of secrecy that seems to hover around China outside of international meet season. We get very little news about top Chinese swimmers and very few meets with well-publicized results, and the result is that swimming fans know less about Chinese swimming and therefore care less about that nation’s major international meet of the season. Asian Games’ 1.7% margin also may have to do with the fact that it’s a relatively small meet in terms of attending countries without a lot of major swimming powers, the way Pan Pacs or especially the European Championships bring together lots of major swimming nations.

Below, vote in our new A3 Performance Poll, which asks voters which of this weekend’s domestic meets is most exciting to them: the next stop on the Pro Swim Series (featuring Katie Ledecky and Simone Manuel in their PSS debuts for the season) or the Atlanta Classic (featuring world-beater Caeleb Dressel and Ryan Lochte‘s comeback tour).