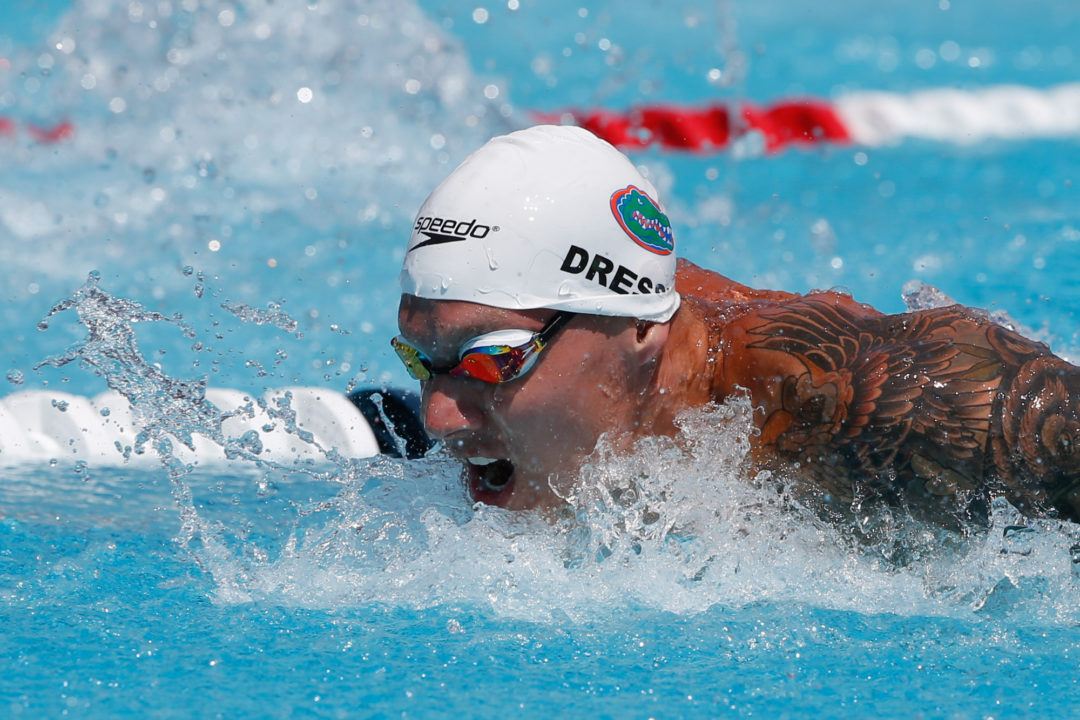 Nearly half of voters picked the 100 IM as the favored addition, easily outpacing the other hypothetical NCAA Championships events in our latest poll. Archive photo via Tim Binning/TheSwimPictures.com

Our most recent poll asked SwimSwam readers which events they’d like to see in the NCAA format:

Question: What event(s) would you most like to see added to the NCAA lineup?

Nearly half of voters picked the 100 IM as the favored addition, easily outpacing the other hypothetical NCAA Championships events in our latest poll.

The 100 IM got 44.4% of the total votes, nearly double what any other option received. The 100 IM has actually been an approved NCAA event since 2015, with conferences able to add the event to their championship lineup if they wish. No major conferences have done so, though, likely not wanting to tire out athletes with a non-NCAA qualifying swim during what is already a busy week of swimming for most top athletes. NCAA-approved is different from an official NCAA event as well – most fan conversation about the poll centered on how much fun a 100 IM would be at the NCAA Championships, pitting the best and most versatile sprinters against one another in what could be a wild ride for fans.

The stroke 50s barely outpaced the 4×200 medley relay in the age-old battle of sprints vs distance. While many still mock stroke 50s despite their inclusion at the World Championships, the stroke sprints gained more than a quarter of votes in our poll. A distance-oriented medley relay gained just under a quarter of total votes.

Mixed-gender relays only hauled in a paltry 5% of the votes. The mixed relays have been widely panned by fans. Part of the issue has been the predictable strategies: putting two men on the opening two legs (regardless of free or medley relay events) has proven to be the dominant strategy, with the only major wrinkle being medley relays for a team that has a great female backstroker or breaststroker. For this poll, specifically, mixed-gender relays are a tough sell in the NCAA logisitically, given that most conference and NCAA Championship meets separate the men’s and women’s meets by about a week.

Below, vote in our new A3 Performance Poll, which asks voters how the recently-announced 2020 U.S. Olympic Trial time standards compared to their expectations:

I love it. How good is your start? How good are your dolphin kicks. Race over.

Anyone else think Tom Shields would run the tables in this, hypothetically?

Shields was just good UW, and he was better the longer the race went. He didn’t get off the blocks fast, and wasn’t a true sprinter. So I doubt Shields at his best would be the top guy. I’m sure his 25 UW would be pretty darn quick though.

I think my muscles just tightened up reading that.

Typically we see people dominate within their strokes (dominant enough to win the 100 & 200 of their discipline). We don’t always see that between the 200IM and the 400IM (it’s typically two different winners). I wonder if the winner of the 100IM would also be the best in the 200IM, or if it is something about swimming all four strokes that is just too big of a variable to be totally dominant. I am referencing the NCAA Division I Championships only here.

SCM 100im tends to favour versatile sprinters. Peter Mankoc, Hinkelien Schreuder, Vlad Morozov, Sjostrom, Alshammar, Halsall all excelled in the event. Even Zhao Jing, who didnt have much outside her back/free, managed to win a world medal in the event. Ruta Meilutyte too. Sergey Fesikov, Ryk Neethling, Duje Draganja.

Unless, of course, a unique talent like Lochte or Hosszu shows up.