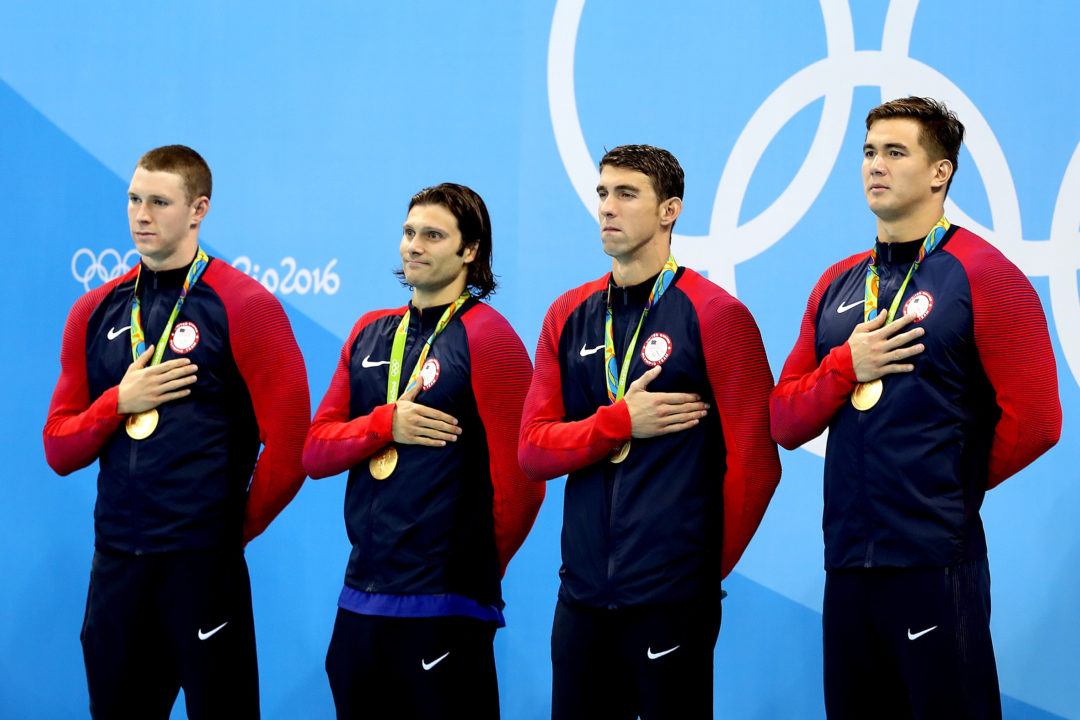 We're back with swimming's TopTenTweets! Current photo via Simone Castrovillari

We’re back with swimming’s TopTenTweets presented by Arena, where we round up the best of the swimming Twitterverse. It was Olympic Day Sunday, and swimmers stood out in their plentiful posts about the milestone – which just happened to be almost exactly a year from finals. Additionally, swimming stole the show in responses to the official Team USA inquiry about favorite Olympic moments, which warmed our hearts. We wouldn’t dare rank swimmers’ personal Olympic experiences, so this week, we’re just giving you a roundup of some highlights, in no particular order.

Very into this super suit for the Iron Lady.

Happy #olympicday – The #Olympic Games means family to me… friendships all around the world. The medals matter less overtime. The friendships endure with more and more meaning…. That reminds me of how the modern #olympics began as a deterrent to war, a way to bring nations together in celebration of life through sport. I would like for that message to be more front and center in these divided times.

Happy #OlympicDay! Most exhilarating/terrifying experience of my life and I loved every second of it! #TeamUSA pic.twitter.com/mEvcVxOZxa

Happy @Olympics day to all my fellow and future Olympians! pic.twitter.com/WszlTJNbhT

Happy #olympicday!
Why do I only see the Olympians celebrating this? Today I personally am celebrating not just the victorious but everyone who had ever tried to make it and failed as well as those still… https://t.co/zBLCjJ8ZYO

Happy Olympic Day! The Rio Olympics went about as well as I could’ve imagined. I’m thankful for the friendships made, the people that pushed me, the opportunity to witness history, and represent the best country in the world. The Olympics are still my biggest motivation 🇺🇸 pic.twitter.com/hB3RbibEWD

Simone Manuel’s Gold medal in 2016. I screamed in excitement and woke up my roommate! I regret nothing.

we have caught the feels. pic.twitter.com/EWr7CwBfZa

Happy Olympic Day!!🥳🙌🏼 we’re only 1 year away! Thank you to EVERYONE who has helped & supported me through out my career! ( I know the actual day was yesterday, I’m late😌) #OlympicDay #Olympics #DreamBig #swimming