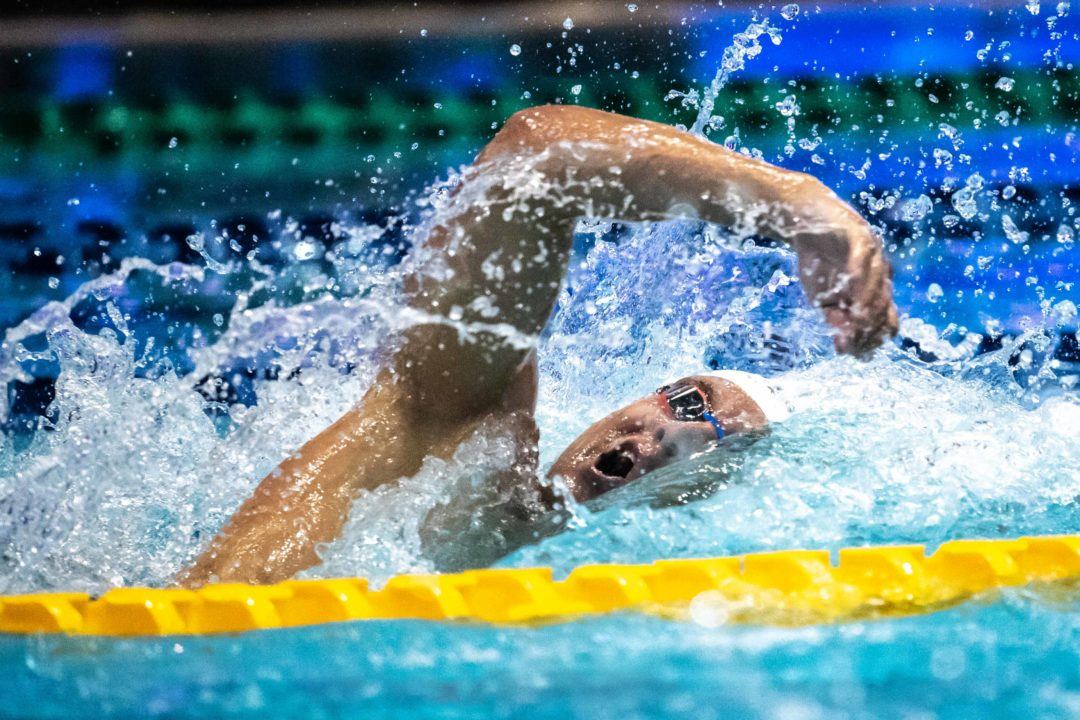 “Thank you to my friends and family for making my return to competition so special! Without a doubt it’s been an arduous journey but every race this weekend and every race in the future won’t be taken for granted. We are 1 year out from Olympic Trials and although there’s still a long way to go with a lot of short term goals to hit, I’m excited to continue chasing the Big Goal. Happy #olympicday!”

Shoults is now a year removed from his breakout performance at last summer’s Phillips 66 National Championships, where he placed second in the 400 free (3:46.90) and qualified for the Pan Pacs team. In Tokyo, he finished fourth overall and earned a spot on the U.S. team for the upcoming 2019 FINA World Championships. He also finished 13th in the 200 free at Nationals with the aforementioned best time.

In early May, USA Swimming put out an updated roster for the World Championships without Conor Dwyer on it, but Shoults’ name still appeared despite having been out for months to that point with an injury. Stanford declined comment on Shoults’ recovery timeline.

Worlds qualifying meet should be this year!

The US would have only sent Zane then since no other US swimmer was fast enough to hit the A cut.

two words: “Big Picture”;
since the US moved to the current system the OVERALL success rate has been positive.

I wish Grant a speedy return to full recovery! I know how tough these injuries are physically and also emotionally.