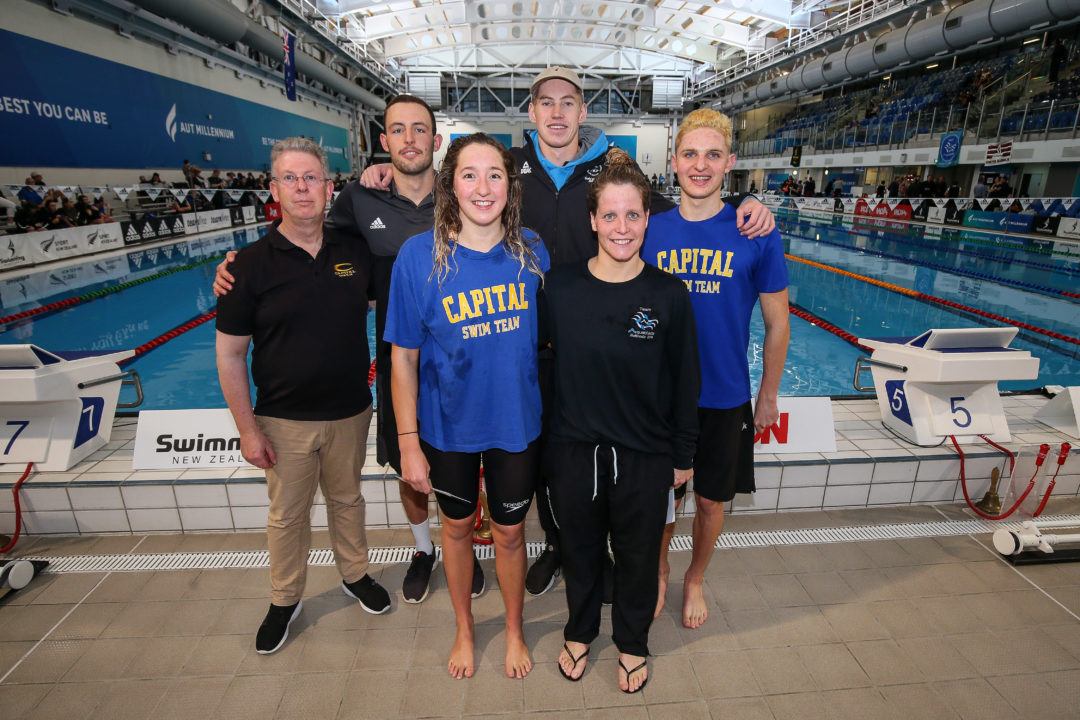 At the conclusion of its National Championship meet last week, which served as the second-leg of qualifying after the Commonwealth Games, Swimming New Zealand has announced its selections for the 2018 Pan Pacific Swimming Championships. The meet will be held from August 9th-13th in Tokyo, Japan.

Only one swimmer qualified from the National Championships: Emma Robinson, who hit standards in both the 800 (8:35.00) and 1500 (16:26.88) freestyles in spite of saying she was totally un-tapered for the meet.

The roster includes open water swimmers Matthew Scott and Charlotte Webby, in addition to a trio of pool swimmers. That’s a significantly smaller roster than the 13 able-bodied pool swimmers that the team sent to the 2018 Commonwealth Games.

Also going to the meet is NZ’s defending and reigning sprint champion Daniel Hunter, who made finals in the 50 fly and 100 free at the Commonwealth Games; and 18-year old Lewis Clareburt, who was New Zealand’s only Commonwealth Games able-bodied or male medalist when he took bronze in the 200 IM.

It’s also a smaller roster than New Zealand sent in 2014, where they won 2 silver and 3 bronze medals. The team doesn’t size up to have that same level of success this year.

The squad will be coached by Gary Hollywood, who is the head coach of the Capital Swimming Club where both Robinson and Clareburt train.