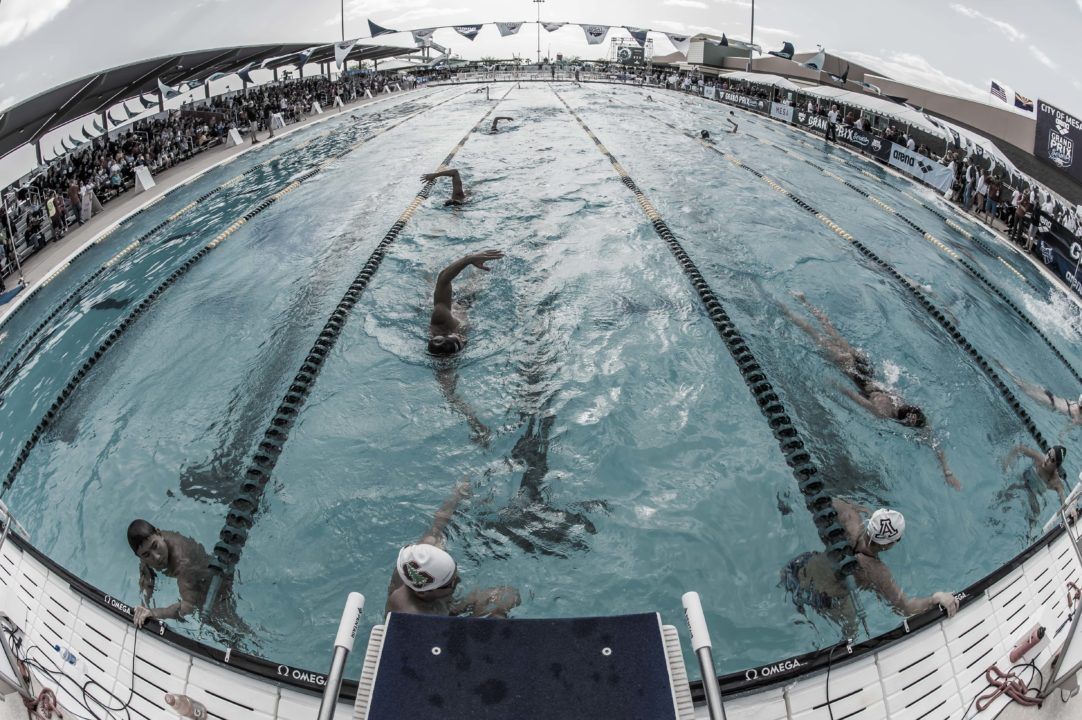 Swimming Australia is excited to announce it has opened its bidding process for the next four years of domestic events,... Current photo via Mike Lewis/Ola Vista Photography

Swimming Australia is excited to announce it has opened its bidding process for the next four years of domestic events, following the best-ever Australian Open and Age Championships held last month in Brisbane.

A revitalisation of the sport was evident at the Hancock Prospecting Australian Swimming Championships in April, which garnered impressive broadcast ratings and attendance figures for the five-day event.

This was followed just days later by the biggest Georgina Hope Australian Age Championships in history with over 1,850 competitors and 304 total clubs participating in the meet.

All across the country people tuned in for the start of the journey to Tokyo, witnessing the next generation of swimmers announce themselves on the domestic swimming scene LIVE in front of a home crowd at the Brisbane Aquatic Centre, or LIVE on Network Seven.

Strong broadcast ratings at the Hancock Prospecting Australian Championships were met with innovation on pool deck including the introduction of the legends relays and medal ceremony interviews, and across five nights of fast-paced competition, over 2.9 million people tuned in.

There was also innovation at the venue; fans could lap up the action poolside or venture outside into the brand-new Centre Lane Precinct, which offered a range of gourmet food trucks, an arena pop-up-shop, Optus fan zone, entertainment and even the opportunity to snap a selfie with the athletes or retired legends like Dawn Fraser and Ian Thorpe.

This new precinct, together with some incredible racing, saw attendance figures reach over 12,000 for the event.

With community engagement a key priority for Swimming Australia, the event provided over 230 children the opportunity to participate in the Optus Junior Dolphin or Junior Excellence swimming clinics with Olympians Libby Trickett, Matt Abood, Bronte Barratt and David McKeon all lending a hand.

A highlight being that this record also comprised of the largest number ever for Multi Class age group participants, increasing by 330% in just five years. Combine the success of these events, with an increase in membership numbers, and it is clear that swimming is a sport on the rise and as of March 31, Swimming Australia has seen a growth in every membership category.

“Swimming is entering an exciting era and it is encouraging to see continual growth across all areas.

“Right now we have the high performance and grass roots areas of the sport being complemented by a united organisation working collaboratively with state associations and the wider industry.

“This is a fantastic position for the sport to be in as we open for submissions to host Swimming Australia events during the next four years,” Anderson said.