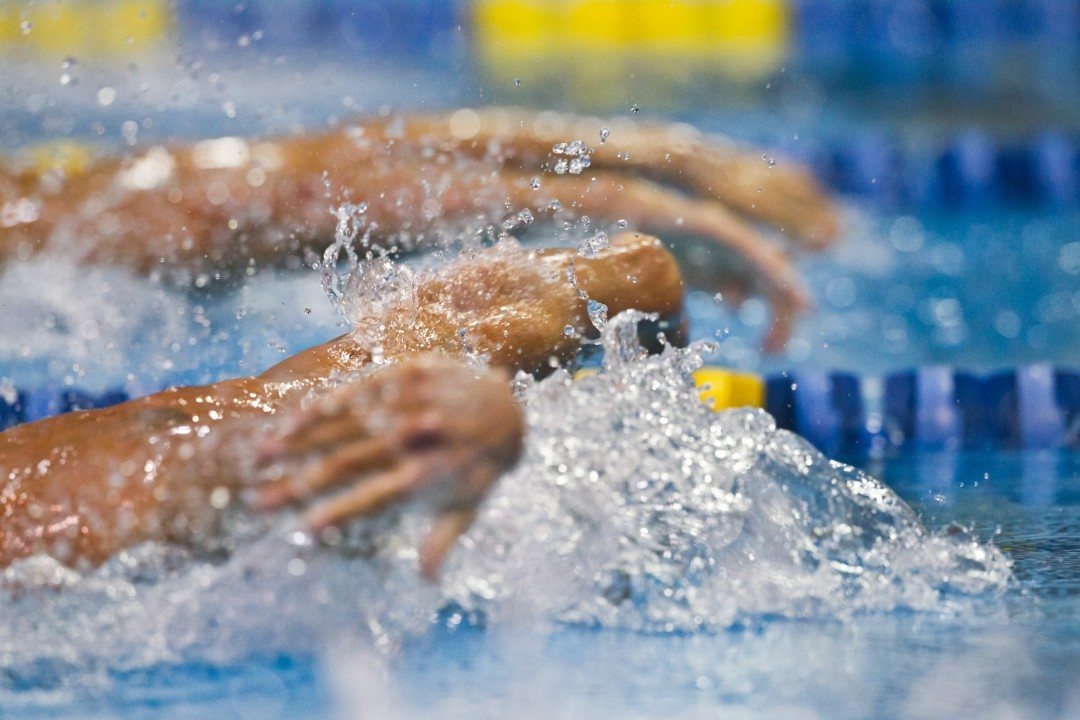 Olympic gold medalist Michael Gross has been inducted into Germany's all-sports Hall of Fame as part of a star-studded class. Stock photo via Tim Binning/TheSwimPictures.com

Olympic gold medalist Michael Gross (in German, Michael Groß) has been inducted into Germany’s all-sports Hall of Fame as part of a star-studded class.

Five other members are in the September 2015 class being inducted into “Germany’s Sports Hall of Fame” besides Michael Gross: These are German Soccer Head Coach Joachim Löw, Georg Aschenbach (ski jumping), Boris Becker and Michael Stich (Tennis) and Anja Fichtel (fencing) – Löw won the FIFA World Championships with his team last year and every one of the other athletes won an Olympic Gold during his or her career.

According to a press release of the “Stiftung Deutsche Sporthilfe” (German Sports Aid Foundation), the honoring of the athletes will take place on the 12th of September in Hamburg. Michael Gross is the 4th member of a water sport who will receive this award – the others are Ingrid-Krämer-Gulbin (diving), Roland Matthes and Erich Rademacher (both swimming).

As a support for the Hamburg bid to host of the 2024 Olympic Games, on Monday the two “Hall Of Fame” members – Ulrike Nasse-Meyfahrt (Olympic Champion high jump 1972 and 1984) and Henry Maske (Olympic Champion boxing, 1988) – opened an exhibition about “Germany’s Sports Hall of Fame” in the Europa Passage in Hamburg. This should be another event to show the presence and the spirit of elite sport in Hamburg. Also the award ceremony for the new Hall of Fame members will be held in Hamburg as a part of this year’s “Golden Sports Pryramid” Gala with, among others, Germany’s Federal Interior Minister Thomas de Maizière and the Federal Minister of Justice Heiko Maas, who also participate as presenters.

The German Sports Aid Foundation initiated “Germany’s Sports Hall of Fame” in 2006 and it is designed to be a forum for the memory of people who have had a significant impact by their success in competition or their commitment to sport and society. The Sports Hall of Fame should help to preserve more than one hundred years of history of German sport and its personalities in the memory and to stimulate discussion about it.

As a three-time Olympic champion , five-time World Champion , 13- time European champion and owning a total of 38 medals at Olympics, World and European Championships, Michael Gross is one of Germany’s most successful swimmers . Gross set twelve world records and held temporarily four records in his from 1980-1991 lasting international career – the only swimmer who could have managed such a performance before was Mark Spitz (USA):

Due to his swimming style in the butterfly and because of his great arm-span of 2.13 meters (nearly 7 feet) and 2.01 meters height (about 6-feet-7-inches), a journalist from the French sports newspaper L’Equipe gave him in 1983 the nickname “Albatross”. Legendary is the cheer “Fly, Albatross, fly,” spoken by the German reporter Jörg Wontorra during a TV sports program at the 1984 Olympic Games in Los Angeles. There, Gross triumphed in world record times in the 200 m freestyle and 100 m butterfly, and he also won two silver medals and became an international sports star. Four years later in Seoul he won gold in the 100 m butterfly and bronze in the 4×200 m freestyle relay.

His Olympic successes are joined by five gold, five silver and three bronze medals at World Championships and 13 titles at the European Championships . In 1980, the Olympic boycott of the West prevented an Olympic debut for the then-16 -year-old in Moscow.

In parallel with the sports career, he studied German language and literature studies, political science and media studies and earned his doctorate in 1994.

Congratulations Michael. Glad to hear that you made the German Hall of Fame. Met you in 1995 at YWAM Base, Kona, Hawaii.

He was a great champion, let’s call him Kaiser Michael, but ultimately he was defeated in battle by another great champion, King Mel! The Kaiser is dead…….long live the king!

Jon Sieban (Aus) pipped Gross for the Gold in 1984, and Gross dominated the event from then on, until Mel destroyed him in 1991, denying him a three peat in the World Championships. You should watch the race video, it was a pretty clear “changing of the guard”.

The inclusion of Roland Matthes ( DDR) . No comments?

I don’t have a problem with that. He was the greatest backstroker, period. There are no rumors he took drugs. He was in the same class as Thorpe: even if you knew nothing about swimming, just watching them swim, you knew they were very special athletes.

I heard a story that he could rotate his arms behind his back straight over his head, butt and shoulder blades touching a wall.

Wow, can’t believe this is just now happening. Gross was one of the dominant swimmers of his era. He really deserves all the accolades you can give. As I recall his training regimen was very interesting – just 2 hours per day in the pool. I presume lots of dryland, but he definitely wasn’t pounding out the yards.